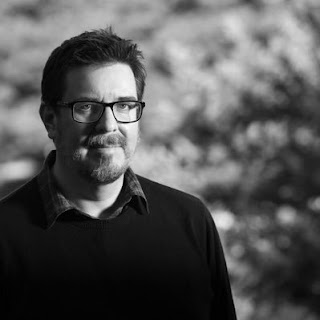 Christopher Coake is the author of the new story collection You Would Have Told Me Not To. He also has written the novel You Came Back and the story collection We're in Trouble. He is an associate professor of English at the University of Nevada, Reno, and he lives in Reno.

Q: Over how long a period did you write the stories in You Would Have Told Me Not To?

A: The majority of the stories were written with a collection in mind, at various points over the last four years.

The first story in the book (“That First Time”) is the only one that’s much older—it was written way back in 2006, but I’ve always liked it, and my newer stories were talking about the same themes and problems that story was, so it seemed like a natural fit and point of entry.

The manuscript I submitted to Delphinium had two other, older stories in it, but Joseph Olshan, my editor, asked if I could replace them.

That was the right move. I like those older stories, but I came up with better ones (“Her Kind of People” and “This Will Come as a Surprise to You”) that made the book both more cohesive and more broad-minded, I think, and which are much more informed by the current moment.

These are all stories that talk in different ways about how men and women treat each other, and toxic masculinity, and about reckoning with the past. So I’m glad that the book ended up speaking more directly to life in America right now.

I’ve been thinking and writing about toxic masculinity my entire life (my father was abusive to my mother, and I’ve always a complex relationship with masculinity as a result), but the last few years’ worth of history—the #MeToo movement, the election of Trump to the presidency—have had me revisiting a lot of that thinking, and to reckon with my own past in different ways.

These stories aren’t strictly autobiographical, but they are informed by my life, and by what’s happening all around us. 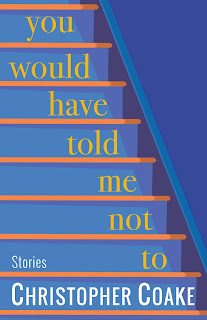 For instance, “This Will Come as a Surprise to You” was the last story that made it into the book; it’s about a woman who has been abused, trying to figure out how to react to her abusive ex-husband remarrying, after allegedly changing his behavior. I tried to write that story a few different ways, including from the ex-husband’s perspective.

Five or six years ago I might have stopped there. It became more and more clear to me, though, that the book needed the protagonist’s perspective—that if I told the story from her ex-husband’s perspective, she might end up seeming like a scary, shadowy figure, a potential villain.

In a book full of men trying to reckon with themselves, I wanted a story about a woman who’d been hurt, needing to express that hurt, wondering how and when and where to do so. I hope I’ve done right by that character, but it might not have occurred to me to try in any time but right now.

A: Well—when my agent shopped the book, it was titled Big Guy, after the novella that concludes the collection. I liked that title a lot—especially since the manuscript (especially then) was focused so much on toxic behavior, through the eyes and perspectives of several very complicated men. 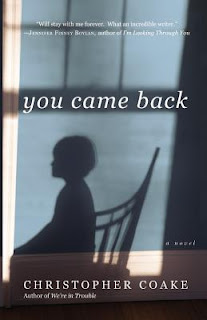 Joe Olshan suggested retitling the book, which was for the better. For one thing, the title story is a favorite of ours. But it also is a more expansive title. It signals that the book is speaking about transgression, and guilt, and about the depth of our responsibilities to other people.

In the story, it’s a line spoken by a son to his mother, as a way of explaining why he didn’t discuss some big life choices with her before making them. But I think that line can apply to just about every story in the book.

If we truly care about others, what compels us to act selfishly? How do we make amends for bad behavior? It’s a line that ties our morality (or amorality) to another person, that makes big issues personal and intimate.

My previous two books were also titled with phrases spoken from one person to another: We’re in Trouble and You Came Back. When we were discussing a title change, I told Joe that You Would Have Told Me Not To was maybe a little too on-brand, but we decided it was too good to pass up, so now I own it.

A: We tried a few different orders. I always wanted the book to end on the novella, and Joe agreed. From there the stories were arranged according to mood. I thought about the questions each story asked, and how I hoped readers might feel when they finished each one. I didn’t want to put stories next to one another that left too-similar questions hanging in the air.

I’m never truly sure about ordering collections—my guess is that most readers of story collections don’t read them front to back. As much as I’d like someone to start on page one, I think a lot of readers will start with the shortest piece, “Her Kind of People”—so I had to think about that story being the first one in the collection, too, and how it introduces readers to the other stories.

Q: Which short story writers do you especially admire? 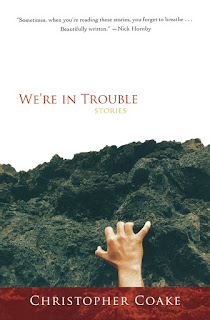 A: I love so many, from canonical writers like Chekhov and Joyce to very contemporary folks like Kristen Roupenian and Jamel Brinkley. (Both their recent collections were inspirational to me as I was finishing mine.) Tobias Wolff and Maile Meloy both write stories that make me a little sick with envy.

I read and re-read King’s short stories when I was a teenager, and I learned a ton from him about how to engage and keep a reader’s interest. (I write literary realism now, but I try to make all my stories classically suspenseful.)

Alice Munro is my north star. When I need inspiration I open one of her collections. Her story “Carried Away” is right up there on my list of the greatest stories ever written in our language, and I revisit it often. She’s so good at building character, and she’s very slyly audacious in breaking the “rules” of fiction. Reading any of her books is an education.

A: While I was working on these stories, I was approached by an editor of horror anthologies, Doug Murano, to submit pieces for a couple of his books, and he ended up publishing two of them that I’m proud of, including one in a book that ended up winning a Bram Stoker award for best horror anthology of the year.

It had been a long, long time since I worked in that genre, and Doug provided me an excuse to revisit it. The second story he published is probably best described as “dark fantasy,” and I’ve been trying to figure out how to extend it to novel-length. It’s been daunting and fun.

I direct an MFA program at the University of Nevada, Reno, that admits a lot of writers working in the commercial genres, and I’d like to try to publish more in those realms as well, so finishing this novel—seeing if I can do well at writing fantasy—is what’s next.

I also have a lot of short story ideas, and I want to keep trying to finish some of those—the last time I wrote a novel, I vanished into it for several years to the exclusion of all else, and I don’t want to make that mistake again.

A: The novella, “Big Guy,” that concludes the collection is a piece I’m very proud of. It’s not wholly autobiographical—I’d like to believe I’m different from the protagonist in some important ways—but it is about an obese man who thinks that he needs to lose 100 pounds in order to change his life for the better, and who sets about doing so in the wake of a divorce.

It was an extraordinarily hard thing for me to write, as I’ve struggled with my weight for over 20 years—I’m always dieting, and have lost (and regained) a whole other person’s worth of weight in that time.

So it’s a story about body issues among men, which I haven’t seen a whole lot of writing address, and it reflects a lot of very painful and hard-earned thinking on my part: about how society values certain masculine forms and not others, and about how a curdled self-image can turn outward and cause harm to others.

I wrote it as a suspenseful story, and an inspirational one, but it went all kinds of places I never expected. It definitely made me think of the damage I’ve caused others, at times, just because of how hard I find it to be OK with myself in the mirror.