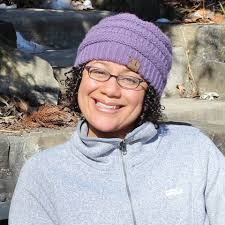 Shana Keller is the author of the new children's picture book Fly, Firefly. She also has written the picture books Bread for Words and Ticktock Banneker's Clock. She lives in North Carolina.

Q: How did you come up with the idea for Fly, Firefly?

A: A few years ago, I read a collection of letters author and scientist Rachel Carson wrote to her dear friend Dorothy Freeman in a book called Always, Rachel.

In one of her letters Rachel described to Dorothy how she and her niece came across a firefly while at her summer home in Southport, Maine. On the shore, Rachel joked how one gem “took to the air!” It was a firefly who “thought” the flashes in the water were other fireflies signaling to him.

Rachel told Dorothy that she wanted to write a children’s story based on the incident, “but maybe that will never get written,” she said. 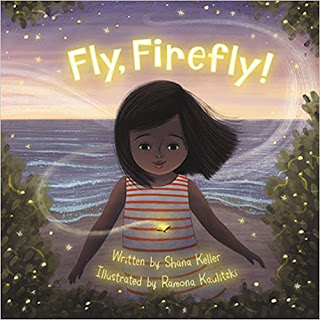 As you can imagine, that last sentence “sparked” my curiosity. Rachel believed in and wrote about teaching our children to wonder. “If a child is to keep alive his inborn sense of wonder, he needs the companionship of at least one adult who can share it, rediscovering with him the joy, excitement, and mystery of the world we live in.”

Our biggest job is to share that wonder with them, and it’s my hope that this book honors her memory and her ideas in that way.

A: I did! I did a lot of research on bioluminescence and insects. Did you know that beetles were the first animals to develop wings? I also refreshed my knowledge of Rachel Carson and discovered that she had a love of poetry. 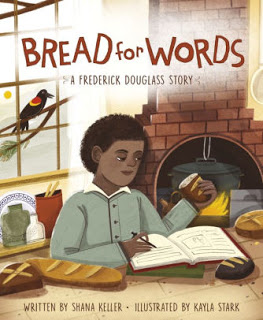 Though this is not pertaining (that I know of) to the children’s story she discusses; in another letter written to her, she was quoted by her friend Dorothy (regarding Rachel’s poetic aims), as having said, “I just want it to be simple and clean and strong and sharp as a sword—for it has work to do!”

After all of my research and reading, I then reached out to an entomologist, the director of the Rachel Carson Homestead in Springdale, Pennsylvania, and a marine biologist who studied at the same Marine Biology Lab Rachel had in Woods Hole, Massachusetts.

I learned that what Rachel saw was bioluminescence (often and mistakenly called phosphorescence at that time), caused by a likely form of marine plankton called Dinoflagellates.

Q: What do you think Ramona Kaulitzki's illustrations add to the story?

A: She did a stunning job. I love her art in general and was so excited to hear she wanted to work on this project. Her illustrations bring absolute magic to the story. They’re gorgeous. And the cover, it just makes me smile.

Q: What first interested you in creating children's picture books?

A: I got started when my oldest daughter came home with a small paragraph from school about a man named Benjamin Banneker. After doing my own research, I discovered that he built a strike clock using only a pocket watch and a pocket-knife. That story resulted in my first picture book Ticktock Banneker’s Clock. 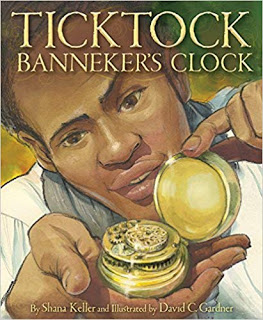 I’ve found my niche, as they say, and I can’t think of a better way to share my love of fascinating stories with children.

A: I’m working on several projects! One is about Ida Lewis, the Lighthouse Keeper of Lime Rock, and the other is the story of married couple William and Ellen Craft, and their dramatic escape from slavery. I’ve also just completed and co-wrote a nonfiction spy story with the amazing Heidi E.Y. Stemple.

A: I have lived in too many places to keep track of, but I still (and probably always will) love to travel. I can be social, but also a very content homebody, especially during football season. I’m trying to learn how to play the guitar! When I wrote Fly, Firefly! I lived less than 20 miles from Rachel Carson’s home in Springdale, Pennsylvania.

One of my favorite quotes to live by: "One child, one teacher, one book, and one pen, can change the world." ― Malala Yousafzai