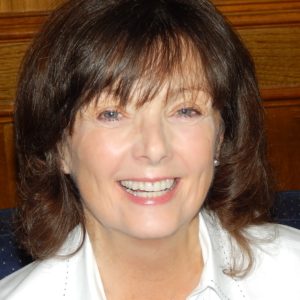 Barbara Lowell is the author of the new children's picture book My Mastodon. Her other books include Sparky & Spike. She lives in Tulsa, Oklahoma.

Q: How did you learn about Sybilla Peale, and how did you come up with the idea for My Mastodon?

A: The first picture book manuscript I wrote was about how two young grizzly bears lived at Thomas Jefferson’s White House for six weeks. The president then sent them to his friend Charles Willson Peale.

Peale and his family lived in the Philadelphia Museum, the first natural history museum in America which had an adjacent zoo. The star of the museum was a fossilized 11-foot-high American Mastodon. I love visiting natural history museums and decided to learn more about the Peale family and their mastodon.

At the time, Sybilla, at 4 years old, was the youngest of Peale’s children. I imagined her becoming attached to the mastodon. When she learned that Rembrandt, her bossy brother, was taking her friend away, she had to convince him to leave her mastodon with her. But did he? For me, the story is about the importance of family.

What was most surprising was that the family lived in the museum and that the children could explore on their own. And also that Peale, a famous portrait painter, named all his children after artists. The most well-known names he chose were Raphaelle, Rembrandt, Rubens, and Titian.

My wonderful editor, Amy Novesky, at Creative Editions, is a direct descendant of Charles Willson Peale through his oldest son Raphaelle.

Q: What do you think Antonio Marinoni's illustrations add to the book?

A: Antonio Marinoni is an exceptional Italian artist. His art in My Mastodon is beautiful. His detail is amazing. He even painted miniatures of actual paintings by Peale family members.

Not only did he bring the story to life but he added so many original details that each time you read the story you see something new. All the illustrations were done in watercolor, which must have taken quite a bit of time to complete. The art director at The Creative Company has a very savvy approach to finding just the right illustrator for each book. 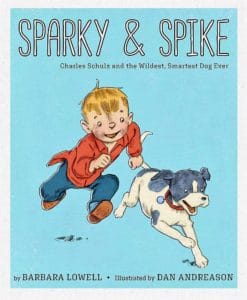 Q: The Publishers Weekly review of the book says, "Nurtured by intelligent, eccentric family members and permitted familiarity with priceless scientific curiosities, Sybilla has an ideal Enlightenment-era childhood." What do you think of that description?

A: I think this description tells us a lot about the family. Peale believed children were unique individuals, not extensions of their parents. This was an unusual idea at the time. He encouraged their curiosity and gave them immense freedom to become their best selves.

Peale was considered to be “eccentric” only because he was very far ahead in his thinking about raising children. The scientific curiosities were priceless, but Peale believed that understanding them came from close study, and he allowed his children to do that.

Of all the books I have worked on, the research for My Mastodon was the most interesting and fun. Whenever someone tells me that they don’t know who Charles Willson Peale was, I tell them they probably have seen his paintings of some of the Founding Fathers. He painted one of the best-known portraits of George Washington during the Revolutionary War.

A: This year, I finished a science-related slice-of-life biography about a child who made an amazing discovery. I am also working on a manuscript I first wrote about five years ago, trying to figure out how best to make it work. I have other manuscripts that are in the beginning stages. 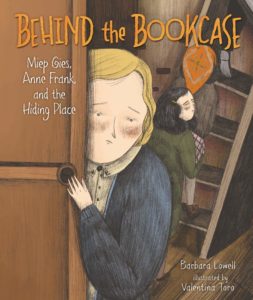 A: Behind the Bookcase: Miep Gies, Anne Frank and the Hiding Place, a nonfiction picture book biography about Miep Gies, who helped hide Anne Frank and saved her diary from the Nazis, will be released on Sept. 1.

I wrote a funny nonfiction picture book biography about the mischievous son of a famous family that will be released in the fall of 2021. The publisher has found an amazing well-known illustrator whose illustrations are extremely funny, the perfect pick for the book.

I love to write biographies where the main character is a child throughout the story. I first wrote Sybilla Under the Bones in 2006--the forerunner of My Mastodon. Around 2010, I attended a picture book workshop given by author and teacher Darcy Pattison. It was her workshop that turned the manuscript around.

It won the Katherine Patterson Prize at Hunger Mountain in 2012 for an unpublished picture book manuscript. Kathi Appelt, an author I admire, was the judge. It was a thrill that she picked my manuscript. The title was changed to My Mastodon once the manuscript was under contract.

Thank you so much for inviting me to be on your blog again! I enjoyed working with your thoughtful questions!