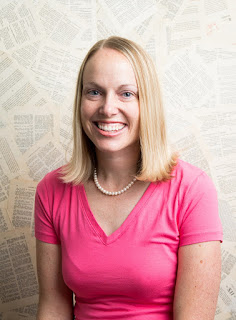 Samantha Hastings is the author of the new young adult historical novel The Invention of Sophie Carter. She also has written the YA novel The Last Word. She lives in Salt Lake City.

Q: How did you come up with the idea for The Invention of Sophie Carter?

A: I read a fantasy book about sisters and every other chapter was written from the point of view of each sister. I loved that it had double the romance and all the fun misunderstandings of identical twins (I would tell you which one but it would be a huge spoiler for that book). I created my own historical story from that structure and the idea that you can never have too much romance.

Q: Can you say more about why you decided to write about identical twins, and how you created your characters Sophie and Mariah?

A: Again, I loved all the mix-ups and misunderstandings that can happen with twins. I had a friend in college who would always warn people that if they said hi and he didn’t wave at them back, it was probably his twin. 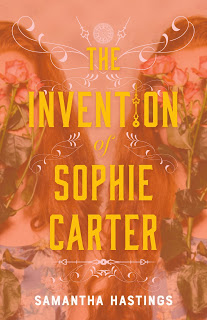 Because Sophie and Maria are obviously identical, I wanted their personalities to be different enough that the reader could tell whose point of view the story was being told from at all times.

Sophie is strong, assertive, and a little brash. She loves (and notices) all things mechanical and wants to find her own way in the world by becoming an inventor. Mariah’s character is a foil of Sophie’s. She is gentle, empathetic, and values relationships. She slowly realizes that if she wants to be a painter, she has to pick up her own brush.

Q: Why did you focus on the time period around the Great Exhibition of 1851, and what did you learn about it in the course of your research?

A: I fell in love with the Great Exhibition of 1851 when I was a history major undergraduate. Everything from the Crystal Palace (the building) to the inventions within. I had a wonderful time researching the event and learned about everything from the statues that decorated it, to the food that was served, to the exhibits themselves. 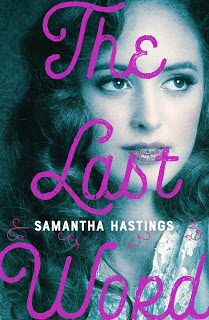 Some of the notable inventions displayed were: Nasmyth’s steam hammer that was so delicate, it could lightly crack an egg shell; steam-driven plows; adding machines; astronomical clocks; electric clocks; marine chronometers—clocks for ships; machines that could mass-produce nails and pens; a machine that could print 5,000 paper copies an hour; textile machines; and every possible type of steam engine.

A: That we are our very own inventions. We can become whatever we wish to be.

A: I’m actually switching gears and working on a YA fantasy. It starts at the fall out of a love triangle. It’s full of prophecies, politics, and strong princesses. 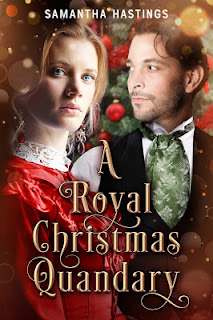 A: My next historical, A Royal Christmas Quandary, comes out Oct. 6. Lady Alexandrina Gailey (Drina) is looking forward to a cozy Christmas holiday at Windsor Castle with her best friend, Princess Alice, and her long-time crush, Lord George Worthington. But nothing goes as planned. Alice has to pick a prince to marry and George has lost one of the princes.

Between mischief and mistletoe, can Drina help her friend to the perfect proposal? And will she get her own Christmas wish? When you spend Christmas in a castle, anything is possible.