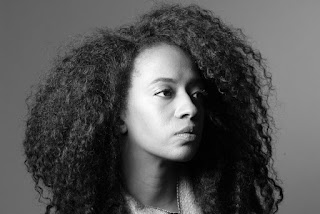 Rachel Eliza Griffiths is the author of the new poetry collection Seeing the Body. Her other books include Lighting the Shadow, and her work has appeared in a variety of publications, including The New Yorker and The New York Times. She lives in New York City.

Q: Your new book focuses on your relationship with your mother, and on her death. How difficult was it to write about her passing, and how was the book's title chosen?

A: It took a very long time to feel that the poems I was writing, when I was even finally able to write poems, would be part of a book. I didn’t want a book. I wanted my mother to be alive again.

Writing the book helped me accept her death. The act of writing allowed me to concentrate and focus on her life. On the page, I could celebrate the strong and vivid woman she was.

Through remembering and thinking about our relationship, I got to feel closer to her as a woman too. I got to “speak” with and to her in ways that can be complicated between mothers and daughters. I felt her energy and her encouragement the entire time. That’s all I cared about.

One of the things that sometimes happens in language when there is death is the way that other people, out of care (and sometimes fear of their own death), will speak about your loved one.

After she died, there was quite a bit of “business” to attend to the necessary arrangements. Sometimes people referred to my mother as “the body” and I think they meant it as a way to say that my mother’s spirit had escaped her body and now lived elsewhere. Still, it was jarring for me.

Sometimes when I looked at my own body, I was aware that I was no longer looking at my own body but rather a body that I now shared (psychically and biologically) with my mother. 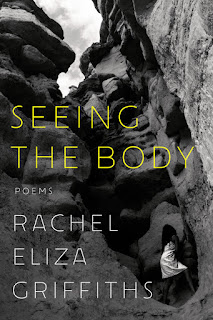 Finally, in this country, I’m also thinking about the way people will look at, or look away, through language or anything really, “black bodies.” I’m interested in how using the phrase “black bodies” can mean very different things depending on who is using that language.

Q: You begin the book with a quote from Stevie Wonder, "Did you know you're loved by somebody?" Why did you select that quote?

A: Stevie Wonder was a constant, dazzling figure during my childhood and still remains a voice that I turn to frequently because of the nuance and range of his music and genius.

After my mother’s death, I began to hear his song “As,” which I had always loved best, even more deeply. In this song he almost gives us a genesis story and it’s a long love-song with so many movements and rhythms.

At some point he says, with joy, “Did you know you’re loved by somebody?” and I began to wonder what it would mean for me to ask myself this question and to offer it to others.

I think it’s a strong way to invite readers into the book – the use of a song and a question. There’s space and breath in it. The question is also a call for us to think about how we carry, nurture, and act towards ourselves and others in the name of love.

Q: The book also includes photos of yourself. What relationship do you see between the words and the photos?

A: The imagery and language are both efforts to consider the ways that we are able to articulate (and be inarticulate) about loss.

The photographs hold space and speak to the relationship I was experiencing between myself and my attempt to stay grounded in the world, the landscapes that I found myself in during the initial, intense grief immediately after my mother’s death.

The poems also are a way for me to think of my body as a geography, as a geography that was altered by loss and the necessary transformation and rebirth that I experienced viscerally. 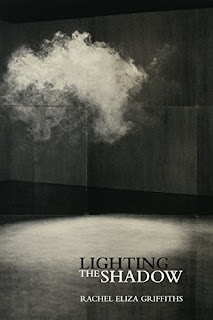 For example, Nature became a place where I could grieve in a way that other spaces, which were a bit more domestic and thus difficult, I found challenging.

And, too, in each image I’m grappling with identity and the politics of centering myself in my own frame (on my own terms) because I’m the one who is making the “image” of myself. To see and celebrate my mother meant I had to look at myself in ways I never had before.

Q: The poem "Myth" looks at the murders of African Americans, including Michael Brown, killed by police in Ferguson, Missouri, in 2014. What impact do you think the recent protests following George Floyd's death will have?

A: We’re at the beginning of a vision that will take some time to manifest or to qualify in any comprehensive way. It can’t happen by the force of one group and it can’t surrender to the use of force, or brutalization, of any kind.

This is a beginning, but it is not the beginning. It’s part of a larger formation and resistance that came before us and will go on to whatever future freedom we are willing to fight for. Justice can’t exist in isolation and oppression. This is true for Freedom as well.

We’re standing on the shoulders of those whose believed and acted, according to their beliefs, in a world where Black Lives would be wholly free, where black people would not have to argue about our dignity or our basic humanity.

There are so many spaces where “protest” is happening at every level. It’s important to concentrate on the myriad of ways, macro and micro, at which Black Lives have been, and are, always-ever at stake so that other races can have their identities. It’s sad and enraging that this has been the requirement for much of human civilization.

A: I’m working on my first novel.