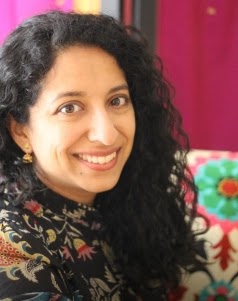 Supriya Kelkar is the author of American as Paneer Pie, a new middle grade novel for kids. Her other books include Ahimsa and The Many Colors of Harpreet Singh. Also a screenwriter, she lives in Michigan.

Q: How did you come up with the idea for American as Paneer Pie, and for your character Lekha?

A: I got the idea for American as Paneer Pie in 2017, at a time when it felt like hate was really being emboldened and encouraged by people in power.

Those of us who have experienced hate know it hasn't gone anywhere, but I had a baby and two small children and I found myself worrying that they would experience everything I did as a child in a small town that didn't value diversity. From that fear, this story of hope and empowerment was born. 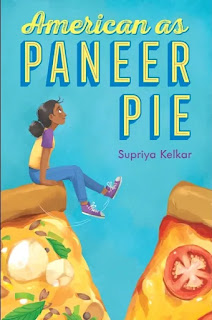 The character of Lekha is very close to who I was as a kid, from feeling torn between the two sides of her life to being bullied to facing daily incidents of microaggressions and othering.

Q: The book tackles some difficult topics, but also includes humor. What did you see as the right balance?

A: I thought back on my childhood which was full of really joyful moments and lots of laughter but also had several painful moments from the racism I experienced. I wanted the book to accurately describe that. I also wanted to ensure readers felt the pain but also felt hope in the lighter moments and came away feeling empowered and uplifted from the book.

Q: Racism and bullying are some of the themes you included in the novel. What do you hope kids take away from Lekha's story?

A: I hope this serves as a beacon of hope for those who need it. I hope this book makes kids feel seen and reminds them that their story matters. I hope it encourages kids to think about inclusion, empathy, and confronting racism. And I hope young readers feel empowered and know that their voice can make a difference, in whatever form it may take. 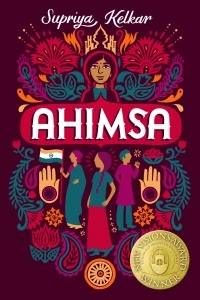 Q: The book takes place in a small town in the Midwest. How important is setting to you in your work?

A: I always write settings that I know so the stories come off as real to readers. Since I grew up in the Midwest, I wanted American as Paneer Pie to be set there, in Michigan, the same state I grew up in.

For this book, I also found the setting gave me a lot of interesting moments for the book. People think of Michigan as a blue state but racism happens in blue states too. I also think when people hear the term "midwesterner" for many, it conjures up a certain image of what a person from there looks like and I wanted to challenge that.

A: I'm working on revisions on my next two middle grade novels.

Strong as Fire, Fierce as Flame (Tu Books, 2021) is historical fiction. It takes place in India in 1857 and challenges who we center in so-called classics of colonialism and who is left out. 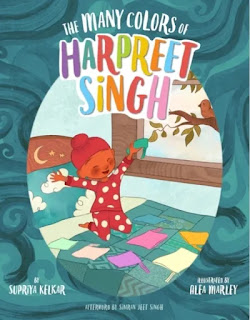 That Thing About Bollywood (Simon and Schuster BFYR, 2021) is about a Bollywood-loving girl who is really bad at expressing herself. Her world is changed by a magical condition that makes her express herself in the most obvious way possible, through Bollywood song-and-dance numbers.

I'm also working on Bindu’s Bindis (Sterling, 2021), my next picture book, which is about a girl who loves to match the shape of her bindis to her grandmother's.

A: I've been working on a few new collage/mixed-media pieces for my illustrator portfolio and am excited to share them with readers soon!