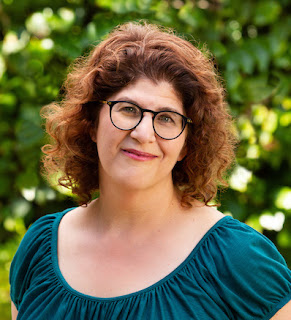 Gina Fattore is the author of the new novel The Spinster Diaries. Her television writing credits include Dare Me and Better Things, and her work has appeared in a variety of publications, including Salon and Entertainment Weekly.

Q: How did you come up with the idea for The Spinster Diaries?

A: The Spinster Diaries is so closely based on my real life that it doesn’t seem quite fair to use the expression “came up with.”

In January of 2006, I really did discover that I had a small brain tumor. Thankfully, it was benign, but one weekend, when I didn’t have anything better to do, I started trying to write something about it, an essay perhaps.

But an essay requires a calm, sane, sensible, rational voice – and the only one I could muster was an unreliable, self-doubting comic one. So I just went with that and kept writing.

Eventually, I realized that my benign brain tumor was a perfect metaphor for all the things in life that aren’t serious enough to kill us… yet still no matter how hard we try, we can’t stop obsessing on them. In other words, anxiety.

I didn’t write the whole book right then and there, just the first few chapters. But that’s when the idea first found me. 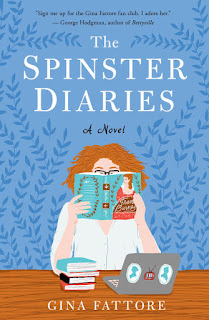 Q: The novel also focuses on the 18th/19th century writer Frances Burney. What first intrigued you about her, and did you need to do any research to write the book?

A: One of my English professors at Columbia, the late Siobhán Kilfeather, gets the credit for sparking my original interest in Frances Burney’s fiction.

In classes with her, I read Cecilia and Camilla –along with all of Jane Austen and the work of other female novelists active in the late 18th century like Charlotte Lennox, Ann Radcliffe, and Maria Edgeworth.

Then after college, I stumbled upon a short, abridged version of Burney’s diaries and couldn’t get over how funny and relatable her voice was.

I had just moved to LA to pursue a career in television writing, and it occurred to me that while her novels were quite dated and stilted, Burney herself – an anxious, near-sighted struggling writer who can’t catch a break in her love life – could be a compelling heroine for a modern audience.

Years later, after I became more established in my TV career, I remembered that revelation and decided to try and adapt Burney’s diaries for the screen.

That’s when I discovered the unabridged, scholarly editions of the diaries produced by the Burney Centre at McGill University and started reading every Burney biography I could get my hands on.

As I joke in my novel, I never got anywhere with that project, but I did do an insane amount of research for it, so most of the “research” I did for The Spinster Diaries was actually just research for that earlier, failed project.

A: It chose me! That time period is exactly when my medical crisis happened –  and when I first started writing about it casually, as I described above.

Then I wound up spending the next 10 years of my life writing, rewriting, and trying to sell the book. Writers block wasn’t the issue. I just got stuck for a long time at the “rejected by agents” stage.

Ultimately, in 2018, I found Gregory Messina, and he submitted the book to Prospect Park Books, an amazing indie publisher willing to take a chance on something different.

Along the way from first draft to publication, I did change a lot of things about the manuscript, but I never really saw the point of “updating” the story to the present day. Why change all the narrator’s cultural reference points, when all those “new” references will also be outdated in the blink of an eye?

A: On a purely personal level, I hope that other single people who have failed miserably at dating and been deemed “defective” by society at large will get a much-needed laugh from it.

For everyone else, I hope reading The Spinster Diaries makes them question the stories we consume – especially the love stories – and also the stories we create for ourselves in order to give meaning and shape to our lives, both the positive ones and the negative ones.

There was a quote from Oliver Sacks’s The Man Who Mistook His Wife for a Hat that I kept coming back to as I was writing: “It might be said that each of us constructs and lives a ‘narrative,’ and that this narrative is us, our identities.”

A: Primarily, I work as a TV writer-producer, and since my last show (Dare Me) just got cancelled, right now I’m working on three new TV projects that are in various stages of development: two are still at the concept or “pitch” stage, and one is a finished pilot script that I am revising.

Down the line, I do want to write another book, but I haven’t started working on anything yet.

Like a lot of writers, during the pandemic, I’ve been watching a lot of TV and feeling unproductive – although perhaps the greatest joy of being a TV writer is knowing that all the TV you watch qualifies in some vague way as “research.”  You’re studying the form!