Leah Franqui is the author of the new novel Mother Land. She also has written the novel America for Beginners. Originally from Philadelphia, she lives in Mumbai, India.

Q: You note that the initial idea for Mother Land was "fed by a visit from my mother-in-law and my struggle to adjust to India." How did that idea turn into this novel?

Having relatives stay for extended visits is really typical for many cultures but for me it was completely outside of my life experience. I was actually excited, if a little overwhelmed, at the idea of a month with my mother-in-law, whom I had only met once before, sharing our small Brooklyn apartment with us. It was a new experience for me, and nice to get to know her.

However, three weeks in, I was ready to start life with my new husband and our cat, and no one else, and I was relieved her visit was drawing to a close.

Imagine my surprise, then, when one night after a long conversation in Hindi between my husband and mother-in-law that I could not follow, my husband turned to me and excitedly announced his mom would be staying another month. I was so overwhelmed and freaked out that I had to leave the apartment and take a walk.

My husband assured me later that it was just my mother-in-law bluffing to get her way in an argument with my father-in-law, and that she wouldn’t stay longer with us, but I didn’t know her well, and I didn’t know if I could trust that.

Mostly, I couldn’t believe he would make that offer without talking to me first or have warned me that her departure date might not be as set in stone as her return ticket suggested. I felt trapped.

I would never kick her out, of course, that would be inhospitable and wrong, but the circumstances of the offer and the fact that it was conducted in a language I couldn’t understand, totally shocked me. What if she just stays with us forever, I thought, panicking, what if this is my life now?

She didn’t stay forever. Ultimately, she didn’t even extend her stay. But the idea of this stuck in my mind, along with the implications of how different my husband and I are culturally. It was the first of many things we would, and have, unpacked over the years in our efforts to understand each other, communicate well, and identify cultural expectations vs. personal preferences.

While I believe these are important subjects for all couples to conquer, ours were magnified by our move to Mumbai, where those cultural differences suddenly became the setting of my world. The first few years of being in Mumbai were challenging for me. 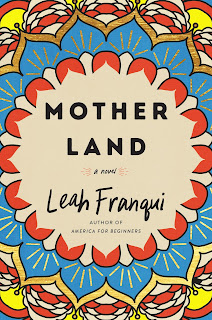 While there is so much I love about living in Mumbai, from the opportunity to connect more deeply with the above mentioned in-laws to the lifestyle changes that have facilitated my writing in ways I never could have anticipated, it has also been hard to adjust to the massive paradigm shift that Indian culture has represented for me, and away from my own community and culture in the United States.

Even years after living in India, I will never forget all the early fears I had had when we first moved: fears that my marriage wouldn’t survive the pressure, fears about adaptation and assimilation and conflict, some of which were realized, most of which were not.

As an anxious person, all my work addresses an interest I have in processing what would have happened if my fears were realized. What if moving to India destroyed my marriage? What if my mother-in-law lived with us forever? What do I do if I can’t do this, can’t find a way to be happy here?

For the record, I think I would do okay living with my mother-in-law, honestly. Although let’s see what she thinks about this novel!

Q: How would you describe the relationship between your character Rachel and her mother-in-law, Swati?

A: I think this is a relationship that evolves over the course of the novel, but it’s one that starts off in a wary antagonism. These are women who have no context for each other, who don’t understand each other at all, who have never met someone like each other.

When the story starts, Swati has already flipped her opinion on Rachel once, moving from fearing and dreading her to admiring her, but still not really knowing her. Both women have strong assumptions about each other, most of which are almost unconsciously formed. They don’t really know what to expect from each other when the story starts, and that makes them both judgmental.

But there is a way in which lacking the context on how to grow close to one another makes them more open, because each sees the other as an unknown entity. They can see each other as people, rather than roles they play, especially Rachel, who has no expectations for what her mother-in-law is supposed to be like.

As they form a friendship over the course of this novel, they learn what each can contribute to their worldview in what I think are positive ways.

Once they can move past trying to assert power over the other, they can actually see each other clearly and each sees a person she genuinely likes.

Rachel is able to see Swati as a whole person, not just the roles Swati has played or feels she is expected to play. Swati holds Rachel accountable, pushing her to get beyond her complacencies and assumptions and understand the context Swati comes from and the world that informs her actions. They can both be a bit blind, and they help each other see something outside of their own experience. 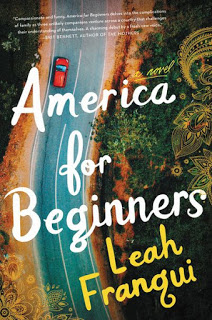 A: Well, much like my first novel, by the end of my first draft I had an idea of the general ending which seemed to work, but over the course of re-writing it, and with the input from my agent and editor, who are both so wonderful, I think I was able to get past my initial idea of what might happen and take the ending of the novel to a space that is truer for the story.

The conclusion of the novel, and its implications, didn’t change much, but how to best frame those implications, plot-wise, did change over the course of the writing process.

A lot of people say, and I believe this very deeply, that writing is rewriting. You often figure out what a novel is about by the end of writing the first draft, and that’s where it surprises you. And then once you know what it’s actually about and what you are trying to say, then the process is about okay, how do I say that a lot better?

That said, the interior of this novel has gone through a lot, including an entire discarded storyline! But the broad strokes of the novel have remained constant.

A: I find that to be a hard question to answer! I mostly hope readers enjoy it and that they think it’s a good story. I hope it allows them to travel to another place and experience the pains and joys of culture shock and adaptation. I hope it illuminates something about human relationships to them.

It would be wonderful if people found themselves inspired to get to know their in-laws and the people in their lives they feel very different from, although maybe it will do the opposite!

It would be wonderful if people were inspired to examine some of their own ideas about culture, their own complacencies and beliefs, as living in Mumbai, and writing this novel, have both forced me to do.

The language around these concepts is often very violent: “culture shock” for instance, but that was true for my experience. I was jolted from my own idea of the world, which made me realize how little I had examined some things about my firmest beliefs and understanding of others.

So I hope this novel helps people do that in a gentler way! But more than anything else, I hope readers these characters and this world and this story.

A: I'm working on another novel, and I'm finding quarantine weirdly productive. I am also an avid seamstress and have been making a lot of comfort wear, quilts and baby clothing for a score of new tiny humans that people I know and love have recently brought into the world, and some facemasks for friends, family, and our local healthcare workers.

A: This isn’t about the book technically, but I would like to say, when Westerners visit India, they often hit the main tourist spots of the North hard, and they don’t always see much of the rest of the country.

Mumbai might not be a classic tourist destination but if you love people-watching and food, make some time for Mumbai and contact me if you need tips! I’m always happy to give people my favorite things to do in the city.

Additionally, while the idea for this novel germinated from my own experience (including work dubbing soap operas), I’m very happy to honestly report that I have wonderful in-laws and a wonderful husband.