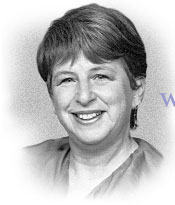 Lois Ruby is the author of Red Menace, a new middle grade historical novel for kids. Her many other books include Rebel Spirits and Shanghai Shadows. A former librarian, she lives in Albuquerque, New Mexico.

Q: How did you come up with the idea for Red Menace, and for your protagonist Marty?

A: I grew up in the ‘50s – the hotbed of the anti-communist movement. I was aware of desperate crosscurrents and fear and something I couldn’t name as a child but came to understand as paranoia when I saw that decent people, including our family doctor, were being targeted because of their leftist leanings.

I wondered, why would a good person who believes in and practices freedom and equality for all be considered evil by the government that ought to preserve these very ideals?

When my mother put together a manual for the PTA with a cover depicting three students in our integrated San Francisco school --  one white, one black, and one Asian -- she was forced to change the design because the idea was labeled communistic.

I sensed that the summer of 1953 was steeped in the dread and heated rhetoric of the [Julius and Ethel] Rosenberg case. A husband and wife would be going to the electric chair and would leave behind two sons around my age. How was any of this possible? It all confused me so deeply that it propelled me into a lifelong commitment to justice. 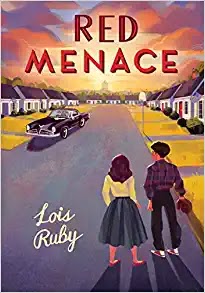 Where did Marty come from, and why didn’t I choose a female protagonist like myself? Simple. I raised three sons in Kansas, so I’m comfortable writing about nice boys who mean well, but are sweetly clueless, or just coming to realize the dangers in their protected Kansas baseball summers.

But on a deeper level, Marty sprang from a quote in Carl Bernstein’s book, Loyalties: A Son’s Memoir. Bernstein asked this heart-gripping question about Julius and Ethel Rosenberg: “… if they could be executed, what was to prevent the execution of one’s own parents, particularly one’s own mother?”

Q: The book takes place in the spring and summer of 1953. Did you need to do much research to recreate the period in such detail, and if so, did you learn anything that especially surprised or interested you?

A: As an unabashedly curious librarian, I do a ton of research for every book, not just the historical novels. So, yes, I did a lot of research on the music and sports and movies and cars and baseball, as well as the political and legal maneuverings.

I longed to recreate a time in our history that was provocative, but also, at least from a child’s perspective, perfectly normal – until it wasn’t. Some of the research was to verify my own memories of the era, but that wasn’t nearly enough. 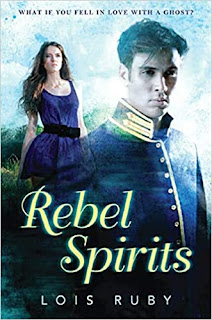 What surprised me was that the unease I felt as a self-centered 10-year-old was common to people all across the country, whether they considered the Rosenbergs guilty and deserving of their fate, or not.

Q: What do you think the novel says about the impact the McCarthy era had on the United States, and are there lessons readers can take from it today?

A: At the time, the U.S. was ripped apart by the hysteria and abridgement of constitutional rights as the Congress rooted out perceived “commies” or communist sympathizers. People lost their jobs, their homes, went to prison, betrayed other family members and friends, and cast their own loved ones into jeopardy.

As an author, I do not want my books to teach lessons. I just want readers to think about complex, contradictory ideas and make their own judgments.

The fact that Joseph McCarthy was ultimately held accountable for the social and personal damage he engendered helps us (I hope) to be wary of fanaticism of all sorts in this country. Without getting political, I’ll just say that similar excesses are happening today.

Q: Baseball is also a big part of the novel – why did you decide to include that as a theme? 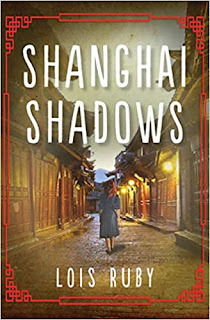 A: Two reasons. First, because in the Kansas spring and summer baseball was huge and star baseball players were breathtaking idols to boys Marty’s age. Baseball gave Marty some sense of dependability and normality and excitement as both a distraction from the troubles and an outlet for his frustration. Hence, his memos to Mickey Mantle.

The second reason is more pragmatic. I know this book deals with some heavy stuff, and it’s not easy to get kids to read serious novels. I hoped that the overlay of baseball would lighten the content a bit to make the book more accessible to young readers.

A: Just in case McCarthyism and electrocution aren’t horrid enough, I’ve been having a great time writing a YA novel about the Salem witch trials of 1692! It’s too early to say much about that, because it hasn’t found a publisher yet. But it’s a fascinating subject that, if you look closely, parallels the “witch hunts” of the 1930s to 1950s.

A: Yes. I have a new book due out in fall of 2021. In a sense, it’s a partner to Marty’s story, although it has a contemporary setting and has nothing to do with the Red Scare or McCarthy or even execution. (Hurrah!)

But I think of it as a companion because the protagonist is a boy of about the same age and is also a baseball fan, though not a fanatic like Marty. At first, Eddie isn’t a bit thrilled about doing a community service project in an old folks’ home, but all things change.

The story involves a reflection on what it means to survive the Holocaust, a juicy mystery, some old-time mobsters hiding in plain sight, and a socially-interactive robot. It’s mostly a fun book, called Eddie Whatever.

By the way, I do lots of school and library visits. Please visit my website, www.loisrubywriter.com/ and email me at loisrubybooks@yahoo.com/.