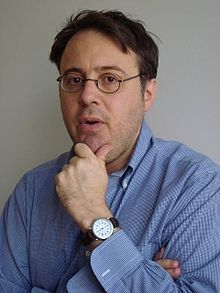 Adam Cohen is the author of the new book Supreme Inequality: The Supreme Court's Fifty-Year Battle for a More Unjust America. His other books include Imbeciles and Nothing to Fear. He is a former member of the New York Times editorial board and senior writer for Time magazine.

Q: Why did you decide to write Supreme Inequality?

A: Partly it was because in the back of my mind, I thought I might write a book about the Supreme Court at some point. I’ve spent time as a journalist and a lawyer thinking about the Court.

And I’d just written a book, Imbeciles, about the Buck v. Bell case in 1927, where the Court sided with the powerful against the weak. It was endemic to the way the Court approached the law, and it was worth examining the way the same bias is playing out in the modern Supreme Court.

With the high degree of income inequality now, being able to write about the Court and how it exacerbates that was worthwhile.

Q: You write, “The Nixon Court has been extraordinarily durable.” Why is that?

A: We had a liberal Court, the Warren Court, that ended and was replaced with the Burger Court. Richard Nixon engineered that transition. He ran on a platform of ending the Warren Court. He was fortunate and was able to get four Supreme Court appointments. Some because some justices were older, and also because he went after Abe Fortas.

Once Nixon made it a conservative Court, the same Court is still with us today. The presidency has turned over, both houses of Congress have turned over, but it’s remarkable that after Nixon there have been conservative chief justices, for a half-century.

Q: You describe 1969, particularly the departure of Abe Fortas from the court, as a turning point. Was that because of Nixon and his actions, or other factors as well? 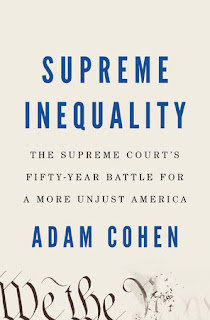 A: The country was changing too. Nixon was elected by a close margin in 1968 and a much larger one in 1972. Nixon was a big driver of this.

The book makes a point of the role of the Court in education—it was so tragic. The Rodriguez case in 1973 and the Milliken case in 1974—each was an opportunity for the Court to give power to the equal protection clause. In Rodriguez, they said there’s no obligation to have equal funding. In Milliken, they said there’s no obligation to integrate schools if the bus crosses district lines.

Though the nation was changing in 1973, there was a lot of support for equal funding. The court was more right-wing than the nation.

Q: Why did the Warren Court and its relatively brief liberal phase make such a strong impression?

A: One is that Earl Warren was appointed in 1953, when Brown v. Board of Education was on its way to the Court, and he just happened to get there in time to preside over this monumental decision that changed the law in a major way. It was an amazing start to his chief justiceship.

The next few years were relatively quiet. Most of the Warren Court’s famous decisions, including Miranda and Gideon, came in the 1960s. It was an unusual time in the country’s history—there was the War on Poverty, the Voting Rights Act. 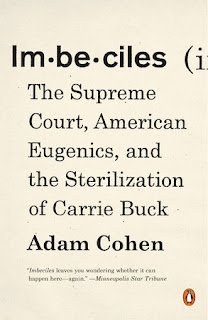 Warren was there at that moment, and was an extraordinary man. There was a strong liberal majority on the Court. William O. Douglas was really out there in many ways. It was a combination of Warren, the justices, and the moment in [history].

Q: What do you see as some of the most common perceptions and misperceptions about the court right now?

A: It’s amazing how people associate the Supreme Court with justice, doing the fair thing, standing up for the little guy. A lot of that is a remnant from Brown, and it’s a story a nation wants to tell itself.

It’s a real misconception. If you look at what the Court has done, there were some cases like Brown, but overwhelmingly they side with the rich and powerful and turn their backs on the poor.

With the Obamacare ruling [in 2012], people were surprised Roberts provided the fifth vote [to save Obamacare], but they went out of their way to strike down the Medicaid expansion. There are many examples where they’ve turned against the poor and given corporations rights they shouldn’t have.

Another misconception is that people want to believe it’s a legal body, but it’s such a political body. President Trump doesn’t say, I’m going to look for the smartest judge, he tells the Federalist Society, I’m going to find a dyed-in-the-wool conservative. It’s a political body, and generally they act the way they were appointed to act.

Q: What do you see as the role of John Roberts going forward?

A: It’s a great mystery. I reviewed a biography of him not long ago for The New York Times, written by someone who covered the Court. The book is well done, but when you’re done you don’t understand who the man is.

He’s quite conservative by nature, he went to Catholic Mass every Sunday at Harvard, and has a strong commitment to conservative causes. He’s talked about trying to end affirmative action, he’s very pro-corporation. He’s also very cognizant of the Court’s place in history, and is not doing things that are wildly unpopular with the country out in the streets. 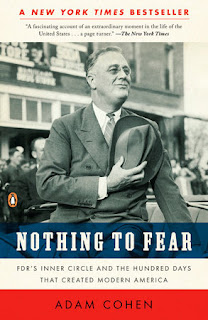 Q: Do you think Democrats will eventually place as much importance on the courts as Republicans do when it comes to voting and politics?

A: I would like to see them do it more. I was disappointed that in the Democratic presidential debates it didn’t come up.

A: I’m in the process of starting a new book that I’m not talking about yet. It’s another legal book. The last two were about the Supreme Court, and [my books] all try to wrestle with a moral element, how should our society be.

A: We really are at a moment of such tremendous economic inequality. People are on the streets about Black Lives Matter. A big part is tragic racial issues, and it’s also driven by the levels of economic inequality. We can’t continue to have the billionaires take more and more of their share.

People ask why? They’re going to look at the policies of the president and Congress, and larger forces like globalization and automation.

In the book I say that we also need to look at the Supreme Court, at the law. People are working very hard but can’t support themselves—so much of that is because the Court, for 50 years, [has been] a force for inequality. We’re faced with enormous crises, and people should appreciate how the Court is a big problem.