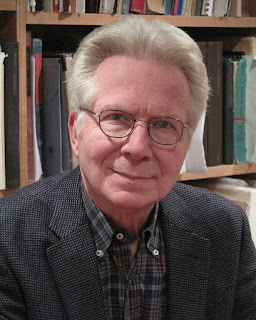 John Mauceri is the author of the new book The War on Music: Reclaiming the Twentieth Century. His other books include For the Love of Music: A Conductor's Guide to the Art of Listening. A conductor and music scholar, he has held many positions in the musical world, including serving as chancellor of the University of North Carolina School of the Arts in Winston-Salem and music director of the Washington Opera. He taught for many years at Yale University.

Q: What inspired you to write The War on Music?

A: Discovering hundreds of composers whose music, composed in the middle of the last century, I had never heard or whose names were never mentioned in decades of concert going and studying music at the highest levels of academia.

These composers had been heralded in their earlier years and they had one thing in common: World War II and the racial policies of the Third Reich.

Q: You write, “Perhaps music and art have always been, to some extent, pawns of politics: the plaything of kings and popes.” Can you say more about that, and about the impact of the wars of the 20th century on classical music?

A: Gregorian Chant, for example, was created by the Vatican to create a single style of Roman Catholic church music to bring to all areas of the world, especially by its missionaries. 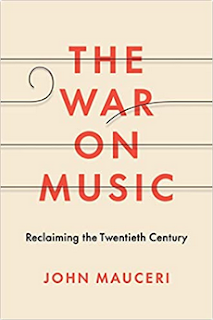 Composers, like visual artists, always needed financial support, so it makes sense that those with money (kings and popes) wanted to hear what they liked and demanded it of the clients, i.e., the composer. Wagner’s masterpieces were paid for by the king of Bavaria.

Once a style of music was part of the branding of a government, as in Mussolini’s fascist Italy, it became a symbol of the state. Thus, Italian composers of the era were meant to (and commissioned to) compose music about Italy and the great and heroic past in a certain style.

This worked against these composers after the war when Fascism was repudiated, and all of those operas and orchestral works were banned from being performed.

Q: How would you define classical music today, and what do you see looking forward?

A: I am not sure the category “classical” is operative today. I prefer “classic,” meaning it will endure. It is not ephemeral. West Side Story is a classic from 1957. The great orchestral compositions from Hollywood, beginning in the 1930s, are classic.

Q: How did your own experiences in the world of music affect your writing of this book?

A: My experiences are on every page of this book, because only by living and discovering could I understand why so much is missing from the repertory played in our concert halls, and why “classical” seems to have stopped by 1935 and nothing has continued to fill the repertory except a series of world premieres of works that rather quickly disappear.

A: I am writing a cultural history of the second half of the 20th century from the point of view of my life as an observer and fan followed by my life as a participant with its greatest creators.

Its three sections—Broadway, Opera, and Hollywood—are three components of how music continued to tell our stories through three different delivery systems but are essentially the living continuity of how we humans have always told our stories: through words and music.

A: My book will be seen by some as quite radical, but unlike the iconoclasts who built and continue to support a definition of music as an endless series of complexities and provocations, my book is a call for reparation and reconciliation.