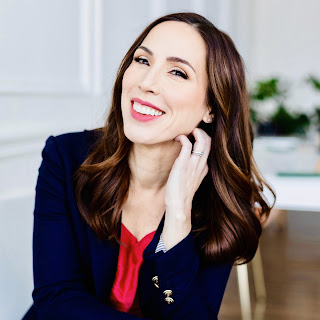 Camille Pagán is the author of the new novel Everything Must Go. Her other books include This Won't End Well, and her work has appeared in a variety of publications, including The New York Times and Real Simple. She lives in Ann Arbor, Michigan.

Q: You note that Everything Must Go was inspired by your own family’s experience with dementia and caregiving. How did you create your characters Laine and Sally?

Even so, I didn’t start out thinking that the character (Laine) would be dealing with a family member with memory loss. As I began to write her mother, Sally, however, it quickly became apparent to me that it was the right story to tell.

A lively woman in her 70s with plenty of life left to live, Sally’s memory loss isn’t readily apparent, and that can be difficult for a family to navigate. Having watched a family member struggle with dementia, this novel is definitely near and dear to my heart. Alzheimer’s a heartbreaking and often hidden condition, and I wanted to shed some light on it in this story.

Q: You tell the story from both women's perspectives--what was it like to write from Sally’s point of view?

A: It was incredibly natural to share Sally’s perspective. When I began writing from Laine’s point of view, I almost immediately recognized that the story would feel more well-rounded if I also shared what Sally was experiencing—as her perspective was clearly so different than Laine’s. 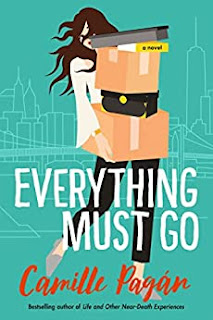 And her voice came to me in an instant, which seemed like another sign it was the right choice. It’s the first time I’ve written multiple POVs, and I would definitely do it again.

Q: How would you describe the dynamic between Laine and her mother and sisters?

A: Their relationships are all loving but challenging. It’s always fascinating to me the way that we really emerge from the womb as the people we are. And in the case of siblings, even when we’re raised by the same parents at the same time, we can be so very different from each other (as well as our mothers and/or fathers, for that matter).

And yet as Laine discovers, there’s a real strength in. At one point she notes, “Being raised by the same parents at the same time was like being the last few to speak a dying language.” That’s how I’ve always felt when my sisters and I have had to deal with stressful family situations. No matter what life throws at us, everything is easier—and yes, better—when we don’t go it alone.

A: This was one of those novels that began as a good, clear idea, yet surprised me once I started writing. That said, by about the fourth chapter—after I started writing from Sally’s perspective—I knew exactly how the book had to end. That’s why, although I made many small changes, there were few major structural reshuffles. Which is great—that’s my favorite way to write.

A: I just finished a novel that I am just absolutely in love with—which is a true feat, as usually by the time I’m done editing a book, I never want to look at it again.

In my ninth novel, an uber-capable editor suffers a meltdown she can’t remember and decamps to the beach house her brother left her when he died—only to discover his slacker best friend inherited it, too, and won’t leave. It’s a life-affirming love story, and those are truly my favorite tales to tell.

A: You can learn more about my novels and my other projects at CamillePagan.com. Thanks so much, Deborah!