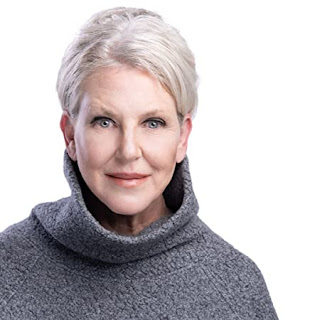 Deborah McKinlay is the author of the new novel Lily the Tiller. Her other books include the novel That Part Was True. She lives in the west of England.

Q: What inspired you to write Lily the Tiller, and how did you create your character, Lily?

A: For me, writing inspiration is rarely an “Aha.” Usually, a whole bunch of nuggety ideas rub around in my brain for an age before they fuse.

I wanted to write something to counter the often very romantic notions of the English Stately Home, something that would address the poor state of repair so many of them have fallen into now, and how that affects their owners. I love walled gardens. I am drawn to nomadic lifestyles.

So, a nomadic gardener working at a once grand house came from that mix – probably on a walk, or in the bath, or the middle of the night.

As to how Lily came to be the character she is - gentle, eccentric, intuitive, and talented - I don’t really know. Characters are half-formed for a fair while, but they flesh out in the writing and I’m not keen to pick the process apart too much for fear of damaging it.

Q: The novel takes place in southwest England--how important is setting to you in your writing? 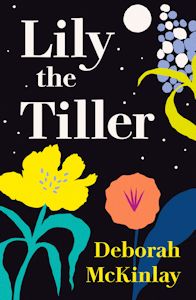 A: I think setting is always important, in that it informs the story and is the backdrop of the novel world, but for this book it was particularly so because it also created the voice.

Lily speaks in the accent of “thick cream and ripe apples” and that accent is carried over into the prose, along with some West Country vocabulary. (There’s a Glossary at the back of the book for that reason.)

Q: Did you need to do much research about gardening to write the novel?

I know a little about gardening, and, importantly, know people who know a lot about it (not hard in rural England). Then, what research I needed to do - some sedate wanders through rose beds and a few Sunday afternoons with Gertrude Jekyll and Vita Sackville-West - was not too arduous.

A: I’ve come to the conclusion that readers often take away from stories what they bring to them. Different moods and life stages influence the way we perceive most things, including books, but I’d like it if Lily the Tiller was thought of as hopeful. It stresses the healing power of community and different forms of love.

A: I’m always writing, so have a couple of things on the go, but I am mostly focussing on a novel set in Italy. I think our long lockdown instilled a longing for sunshine and foreignness.

A: In rural Devon, older folk often say “to till” meaning “to plant.”