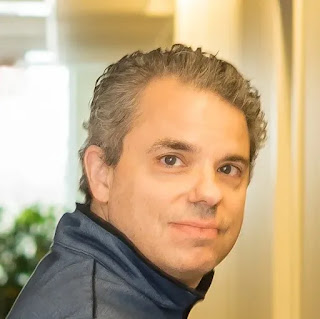 Neil Lanctot is the author of the new book The Approaching Storm: Roosevelt, Wilson, Addams, and Their Clash Over America's Future. His other books include Campy: The Two Lives of Roy Campanella, and his work has appeared in a variety of publications, including Smithsonian and The Philadelphia Inquirer. He lives in West Chester, Pennsylvania.

Q: What inspired you to focus on Theodore Roosevelt, Woodrow Wilson, and Jane Addams in your new book?

A: I felt a character-driven approach was the best way to tell the forgotten but important story of America’s path to World War I. Roosevelt, Wilson, and Addams fit the bill perfectly since they were all progressives, knew each other well, and represented a different perspective on America’s responsibility in the Great War.

It didn’t hurt that all three were colorful and fascinating individuals!

Q: The Kirkus Review of the book says, “Lanctot...delineates the incremental influence each person had on the other two as Europe became enmeshed in a bloody conflict and the U.S. tried to stay neutral.” How would you describe the impact each had on the others during this time?

A: Roosevelt, who tended to make up his mind relatively quickly, was less influenced by the others. But Wilson, initially against a defense build-up, came to agree with his hated enemy Roosevelt that military “preparedness” was necessary.

He also came to recognize that Roosevelt was right in his belief that American military involvement was essential if Wilson wanted to have any influence at the eventual peace conference.

As for Addams, she was important in constantly keeping pacifist arguments before Wilson and nudging him towards some sort of action to stop the bloody and senseless fighting in Europe. But she would realize too late that Wilson was much less of a pacifist than she thought he was.

A: The major bulk of the research involved sifting through the voluminous personal papers of Wilson, Roosevelt, and Addams, which encompassed thousands of letters. I also made extensive use of the daily newspapers, which provided an abundance of colorful details necessary to bring the era to life.

It was an exciting time for Americans, who were fascinated with new technology such as automobiles and motion pictures. And society itself was changing, especially young women. 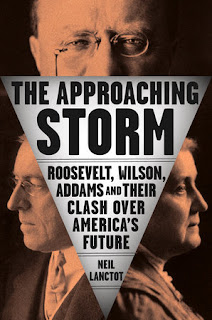 “They are simply more vocal,” Addams told an interviewer in 1915. “They have dropped their old policy of repression and are talking— saying what they think and what they want. . . . I sometimes a bit taken aback at the modern young woman; at the things she talks about and at her free and easy ways.”

One of the more surprising finds was evidence that Johann von Bernstorff, the German ambassador in Washington, and several of his colleagues were carrying on affairs with American women. All of this was picked up by the Wilson administration’s wiretaps, which I had no idea even existed at this time.

I also found the transcripts of Roosevelt’s private telephone conversations during the 1916 conventions especially fascinating. They reveal a disappointed TR, now certain that he would not get the Republican nomination, trying his best to have a last-minute say in the eventual nominee.

In the meantime, he can’t help but throw in a few snide remarks about Wilson, especially following a discussion of the womanizing senator William Borah. “Apparently only Wilson can get away with anything of that sort,” Roosevelt sneered.

Q: How would you describe each of these three people's legacies today?

A: Roosevelt, despite his flaws, is probably most fondly remembered by the general public. His larger-than-life persona remains irresistible, even if some of his warlike bluster does not always play well in the 21st century.

Wilson’s legacy has been severely tarnished in the past 20 years, mostly because of his unacceptable racial views and his administration’s segregation policy in federal jobs. Though Wilson’s attitudes were hardly atypical for his time, his name has been recently removed from a number of schools, including the School of Public and International Affairs at Princeton.

As a result, his considerable accomplishments as a progressive and internationalist have been overshadowed, perhaps permanently.

Addams is the least well known today, although she was one of the most famous women in the world in the early 1900s. In many ways, she was ahead of her time, especially in her views on pacifism, women’s suffrage, labor causes, and civil rights. She deserves to be much better remembered by the general public for her contributions as a woman, progressive, and pacifist.

A: Right now, promoting the book is occupying much of my time. After that winds down, I’ll start thinking seriously about what I want to do next.

A: The book has something for everyone. It’s not simply a story of how we went to war, but a character study of three remarkable individuals during an exciting time in American history.

And few realize that this decision by America actually changed the 20th century. Without American assistance, it’s by no means certain that the Allies would have been able to decisively defeat Germany, which of course set in motion the fatal chain of events leading to a second world war 20 years later.

The Approaching Storm also raises issues increasingly relevant to us in 2022, especially in view of the recent Russian attack on Ukraine. What is America’s responsibility in these international crises? Is our own national security threatened? And should troops be deployed?

Between 1914 and 1917, Wilson faced these troublesome questions nearly every day, just as President Biden does now.