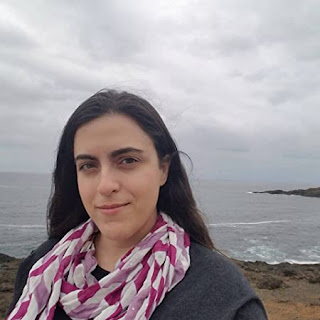 Diana Giovinazzo is the author of the new historical novel Antoinette's Sister. She also has written the novel The Woman in Red. She is the co-creator of the podcast Wine, Women and Words, and she lives in the Los Angeles area.

Q: What inspired you to write a novel about Maria Carolina Charlotte, sister of Marie Antoinette?

A: When I was in the midst of edits for The Women in Red I kept coming across references for The Kingdom of The Two Sicilies. So much so that I simply had to find out more about this country.

The first things I read were about King Ferdinand, where he would rip the wigs off of people, pretend to be a fishmonger, and play chess with old men at the sea. My first thought was “Who was the poor woman that had to be married to him?” That’s when I discovered Maria Carolina Charlotte and her amazing story.

Q: How would you describe the relationship between the two sisters?

A: They were quite close. Though there was a three-year age difference between Maria Carolina and Marie Antoinette, they were raised as twins. During their childhood they were inseparable. This closeness remained all through their adulthood. Maria Carolina was devastated by her sister’s death. 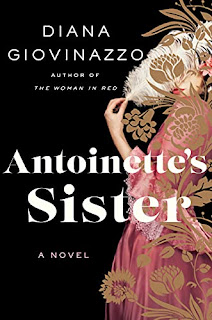 Q: How did you research Maria Carolina Charlotte's life, and what did you see as the right balance between history and fiction as you wrote the novel?

A: I spent a lot of time poring over books, from the biographies of Maria Carolina to the history of The Kingdom of The Two Sicilies. Once I feel like I have enough history to create a story, I begin.

Naturally, I continue to do some of my research as I write but I always keep in mind the best advice I was given which was: Sometimes you just have to set the book down and write a good story.

A: The legacy that I see for Maria Carolina Charlotte is one of strength and sacrifice. She was a woman who gave all that she could for her family and country. A great way to see her legacy is to visit Caserta Palace, just outside of Naples. She had a major hand in creating that magnificent palace.

A: Unfortunately, I can’t share that right now. What I can tell you is there will be more of an exploration into Italian history and culture.

A: The Kingdom of The Two Sicilies was such a fascinating country with a complex history that deserves to be talked about more often. Likewise, there is so much more to Italian history and culture than mafia and meatballs.