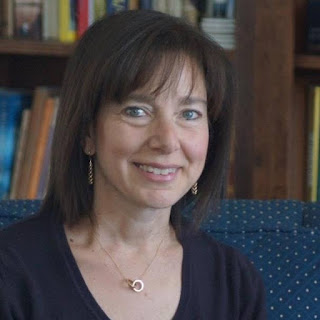 Reyna Marder Gentin is the author of the new novel Both Are True. Her other books include the novel Unreasonable Doubts. She is an attorney.

Q: What inspired you to write Both Are True, and how did you create your characters Jackie and Lou?

A: At the beginning of my career, I worked as a law guardian in Family Court in Manhattan, representing children in cases of neglect, abuse, and juvenile delinquency.

One moment that was seared into my memory was when a judge on a neglect case ordered a mother’s children to be removed from her custody in the courtroom without any advance notice. The raw emotion of the encounter was stunning.

Some time ago, I wrote a short story incorporating that scene from the vantage point of a fictional judge, Jackie Martin. I became intrigued with Jackie’s character and decided to expand the story into Both Are True.

I was interested in how Jackie, who was herself unmarried and didn’t have children, would learn by trial and error how to understand the families that she judged and develop compassion for them, and in turn, to understand herself.

Jackie needed a love interest that was unconventional, and I created writer Lou Greenberg. Lou has a healthy streak of self-delusion, fancying himself a sensitive guy who knows what women want out of a relationship, but leaving those he loves when things get complicated.

He has as much growing up to do as Jackie, and their paths wind back and forth, until they cross in a way that leaves them both far from where they started and also back home.

Q: The novel alternates between Jackie's and Lou's perspectives. Did you focus more on one character before turning to the other, or did you write the book in the order in which it appears? 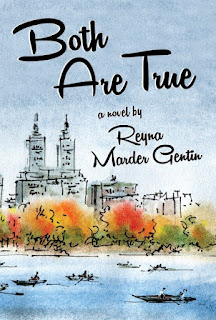 A: I wrote the book in the order in which it appears. I didn’t have much of a plan when I wrote the manuscript.

For two consecutive summers, I took a bootcamp class at The Writing Institute at Sarah Lawrence College where we wrote 10,000 words over five days. The point of the class was just to write forward -- no going back and editing, outlining.

I started with the work I did in those workshops, and just kept going. That’s how I wrote the book. It needed quite a bit of cleaning up when I reached the end, but it was a liberating experience.

Q: This is your second novel focusing on the legal system. As someone who worked as a criminal defense attorney in New York City for many years, how has your legal background influenced your fiction writing?

A: I think my legal training has affected my writing in a number of ways.

First of all, as you noted, my experience and practice of law has provided the subject matter of two of my novels.

In my debut, Unreasonable Doubts, the protagonist was a young attorney in the public defender’s office assigned to represent a man on his appeal from a conviction of sexual assault. And in this novel, the protagonist is a family court judge.

In both books, my extensive familiarity with the law and the court system allowed me to depict the stories realistically. But I also think that my legal background provided me with the ability to look at situations and characters from many different angles, and to have an attention to detail in a way that hopefully makes my writing more vivid and believable.

A: I hope that readers relate to the humanity of Jackie and Lou. They are three-dimensional characters with real flaws, but also with big hearts -- people, like all of us, just trying to figure it out.

Both characters are searching for love, but they have to transform themselves in some fundamental way before they can find it. Jackie has to learn to step back, to stop trying to control everything and let people be who they will be. And Lou has to learn to step up, to take responsibility and be someone bigger than himself.

I hope readers will see facets of themselves in these characters, and forgive the characters and themselves for their imperfections.

A: I’m working very slowly on a new story about a woman who blames her failure to launch on her emotionally distant mother, and what happens when she learns the complicated truth of why her mother treated her the way she did.

A: In between my two contemporary novels, I wrote a middle grade novel called My Name Is Layla, which came out in January 2021. It’s the story of a young teen with undiagnosed dyslexia, but it’s really about resilience, empathy, and small acts of kindness.