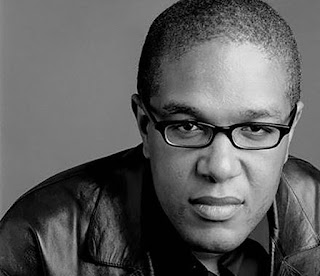 C.J. Farley is the author of the new young adult novel Zero O'Clock. His other books include the YA novel Around Harvard Square. He is a former music critic and senior editor for Time magazine, and a former senior editor for The Wall Street Journal. He lives in New Rochelle, New York.

Q: You write, "I have two teen children and I saw firsthand how the virus stole away what should have been the most carefree days of their lives." How did that lead you to write Zero O'Clock, and how did you create your character Geth Montego?

A: For many adults, the pandemic is awful, but it’s just one of a number of awful episodes they’ve lived through, even if it is one of the worst.

For many young people, this pandemic is everything—it dominated their high school years and/or their college years. It cancelled sports seasons, and study abroad programs. It blocked them from seeing friends, or from having first dates, or from attending prom or homecoming or graduation. It took the lives and livelihoods of parents and grandparents, aunts and uncles.

School years are formative years and these years were almost totally ruined for kids before they were even formed.

Q: You worked as the music critic for Time magazine--how does music factor into your fiction, particularly in this novel? 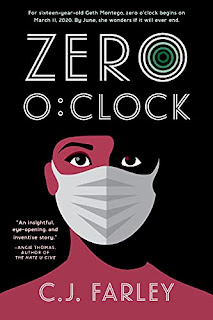 A: I was a music critic for Time in the 1990s and early 2000s, and I made a specialty of talking to music legends who didn’t like to talk much, like Bob Dylan, Sade, Prince, Aaliyah, Lauryn Hill, Joni Mitchell, Aretha Franklin, and Radiohead, all of whom I interviewed for the magazine.

At The Wall Street Journal, I ran a music performance and interview series that booked some legendary guests while they were still on the come-up—including Ed Sheeran and Adele. Along the way, I’ve interviewed stars like Taylor Swift, Jay-Z, Bruce Springsteen, Kanye West and Ariana Grande. I saw first-hand from all these artists the power of great music.

Music is like Proust’s madeleine cake, the taste of which transports him to the past. When we think of decades, each one has a soundtrack.

I think when people think back on 2020, the year Zero O’Clock is set, they are likely to think about the music of the South Korean band BTS. So it made sense to have the lead character of the book be a big fan of the group, and BTS’s music and message is intertwined with the way she experiences the world.

Some of BTS’s songs are influenced by the theories of Carl Jung, so references to his work are threaded throughout my novel as well.

Q: The Kirkus Review of the book says, "Geth is a likable, smart Gen Z protagonist in this modern epistolary work that combines diary entries, text messages, news reports, emails, and English lit essays to immersive effect." What do you think of that description?

A: I think to some adults, Zero O’Clock may seem ambitious in the way it draws from a number of different kinds of media to tell the story of one girl’s life. But to kids, I think Zero O’Clock is just the story of their lives, which are lived on various screens of various sizes and not just in the physical world.

As I was completing my book, I put the manuscript in a Google doc and shared it with various high schoolers around New Rochelle. The book is about community so I wanted to have the community, especially the younger members, give me their feedback so I could make sure the novel was as authentic and honest as possible.

A: I loved young adult books like The Catcher in the Rye and The Hobbit when I was a kid. But I know from talking to my daughter and her friends that those books don’t always speak to the lives of kids today.

I wanted to write a YA book in which kids who don’t always find themselves reflected in books finally feel like they are being seen and heard, and that their questions about life and how to live it are finally being explored.

A: I’m working on a fantasy adventure novel!

A: Fans of BTS—#Army—have been super supportive of this novel and I want to thank them for their enthusiasm. BTS not only makes great music, they consistently send out positive messages. The band has tweeted its support for Black Lives Matter, and they’ve spoken up about the importance of getting vaccinated.

It was fun to write a book about a character who’s a big fan of a band that’s impacted a lot of people’s lives for the better.