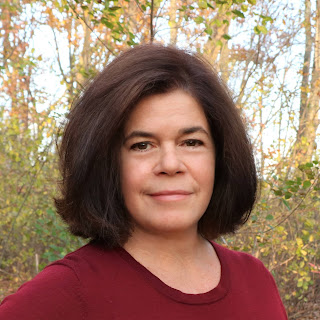 Juliette Fay is the author of the new novel Catch Us When We Fall. Her other books include Shelter Me. She lives in Massachusetts.

Q: You note that your characters Cass and Scott emerged as you were working on a completely different project. How did you get from that initial spark to the finished novel?

A: It began with an image as I woke up one morning: the only two mourners at a graveside service as the casket is being lowered into the ground. The woman is drunk, and the man is furious.

I lay there for probably a half hour or more wondering about them. Why is she so bombed? Why is he so angry? I ended up writing a chapter just to get them out of my head so I could go back to the novel I was working on, my “real” work.

But I couldn’t stop thinking about these two, and eventually gave up the other novel to follow their story.

The process was backward for me. I usually spend a lot of time thinking about a novel – the story arc, the plot threads, the main and secondary characters, etc. – before putting fingers to keyboard. Instead I was chasing all of that as I wrote.

It was half terrifying, half thrilling. I’d become so invested in these two and what might become of them, I couldn’t not write it.

Q: How would you describe the relationship between Cass and Scott?

A: They begin at a place of mostly having written each other off. To him she’s a mess and a distraction he doesn’t want or need. To her, he’s uncaring and conceited. After Chapter 1 at the graveside, they have no plans ever to see each other again.

But the pregnancy changes all of that. They both want to protect the baby of the dead man, whom they both loved. To do that, they have to wade through all that wariness and prove to each other over and over again that they can trust and be trusted.

Q: The novel is set in the Boston area, and Scott is a third baseman for the Red Sox. How important is setting to you in your writing?

A: This story of an alcoholic struggling for recovery and the people who try to help her could be set in any town or city in the world. 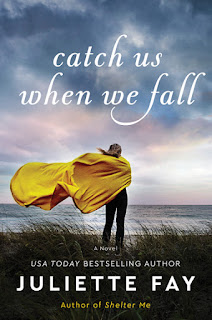 I chose the Boston suburbs because that’s where I live, and the Red Sox because they’re my team. The perks of being an author: I’m in charge and my whims are law!

Once that was decided, I steeped the story in its surroundings, for instance the smells and sounds and visuals of sitting in 100-year-old Fenway, eating soft serve out of a little plastic batting helmet and listening to fans trash talk the other team, which I’ve done many times.

Q: Why did you decide to focus on alcoholism and addiction in the book, and how was the novel's title chosen?

A: I’ve always known I would write about alcoholism at some point, because it’s played an important role in my life. I have friends and family members who’ve struggled with the disease, and my father has been in recovery for 30 years.

I grew up with him drinking and saw what it did to him and to his relationships. But I also saw how he bloomed in recovery, and that fascinated me. It’s about so much more than simply not drinking; it’s about learning and growth and responsibility and self-forgiveness. Every recovery story is a great story.

The novel went through a bunch of titles, including my previous favorite, Dry Land. However the sales team at HarperCollins thought it was too … wait for it … dry! And I have to admit they were right.

Then I went through about a million more options, researching songs and poems about drinking, baseball, babies, etc. until my brain practically melted.

I came up with Catch (as in baseball) Me If I Fall (as in off the wagon) and then tossed it out to a group of writer friends. They tweaked “If” to “When” and “I” to “We,” because we all struggle with our own issues and we all need people to help us from time to time.

A: I just finished a novel tentatively titled With Me All the Time. Here’s the quick description:

When 58-year-old Helen Spencer reviews her life, what she sees are regrets and how things went sideways incrementally, one little wrong decision at a time. She can even pinpoint where it started to go awry: a wonderous, romantic night in the woods her senior year of high school with a boy named Cal Crosby. A night she would soon work hard to forget.

Forty years later, after a chance meeting in another woods, the opportunity to sort out what happened suddenly presents itself. But Helen would much prefer to keep that night and all the fury, hurt, and sorrow that followed tightly locked away where she doesn’t have to feel it.

Cal Crosby, however, is ready to talk.

A: I love book groups and am always happy to Zoom or Skype into the discussion with a group that reads one of my books. To schedule, I can be reached through my website, www.juliettefay.com.