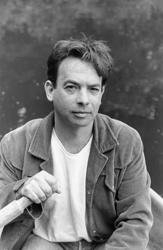 Brad Kessler is the author of the new novel North. His other books include the memoir Goat Song, and his work has appeared in a variety of publications, including The New Yorker and The Nation. He lives in Vermont.

Q: In North's afterword, you write, “Three nearby communities inspired North. All three are neighbors: monks, Vermont veterans, and Somali refugees.” Can you say more about how the three communities inspired you to write this novel, and how you created your three characters?

A: I live next door to a monastery and hear their Vesper bells each evening. My neighbors, the monks, moved to Vermont for the same reason I did a few decades ago: for sanctuary.

So I was interested in writing about sanctuary and that led to my interest in the people in most need of it: refugees. What did a White American middle-aged Catholic monk share with a young African Muslim woman from Somalia? What did that encounter look like? That was the  nexus of the novel.

The other character in the book is a groundskeeper who works at the monastery, a Vermont veteran who fought in the war in Afghanistan.  All three of these characters were drawn from communities who live nearby.

A: Yes. I did a lot of research--that’s the pleasurable part of writing a novel. I stayed in several monasteries over the course of writing the book.  I got to know several monks.

At the same time I started working with people at the U. S. Committee on Refugees and Immigrants in Colchester, Vermont. Through them I grew close to men and women in the Somali community in Burlington, people who shared their stories of fortitude and endurance, faith, hardship, and joy. 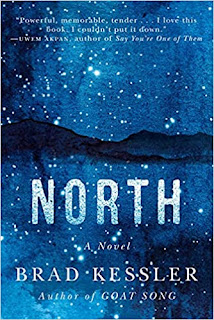 Everything I learned surprised me, because of how little I knew. That’s one thing writing and reading novels can do: help us understand the lives of people who are not us.

Q: The Publishers Weekly review of the book says, “Kessler vividly renders the northern New England setting, a fitting backdrop to this emotive rendering of Sahro’s experience coupled with two characters at odds with their pasts.” How important is setting to you in your writing?

A: Sense of place is really important to me both in life and on the page. I always want to be grounded as a reader (and a person!).

That means knowing not only what things look like and smell like and taste like, but what one stands upon. The soil and its history and geology, the ghosts that inhabit a place. What D.H. Lawrence called “the spirit of a place.”

One of the great pleasures of reading a book is that it can transport us to other places, so a real tactile sense of place is so vital, even if that place is entirely invented.

A: I didn’t know how the book would end. I didn’t even know what the narrative arc would be when I started.

Writing a novel for me is always an exploration into the unknown. It’s like feeling your way in the dark towards something you can sense but not see. You stumble around for many years. You don’t foreclose on anything.

You live in that generative space Keats called “negative capability.” And from there your figures slowly form, and the fictional dream emerges.

This is where an artist’s faith comes in. You know it’s working when the hairs on the back of your neck stand straight.

A: Hmmm…that’s a big question. We only see the tip of the iceberg. The interesting stuff lies underneath.