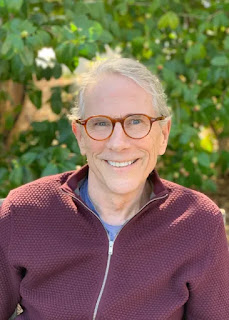 Michael Rose is the author of the new novel The Sorting Room. He was chief information officer for Hewlett Packard and Royal Dutch Shell, and he lives in San Francisco.

Q: You've said you drew from your own experiences in writing this novel. What balance did you seek between experience and imagination in creating your characters?

A: When it comes to inventing characters and their stories, my scale tips to the side of imagination. I do not tread near roman à clef, French for a novel with a key, a story overlaid with a façade of fiction.

The fictitious names in such novels represent real people, and the "key" is the relationship between the nonfiction and the fiction. Hemingway’s The Sun Also Rises (1926) was roman à clef. Harold Loeb was a real-life friend the writer had used to create the character, Robert Cohn. The strained friendship was crushed due to Loeb’s unfavorable reaction to Hemingway’s depiction of the fictional character Cohn.

Studying an intriguing person can be an illuminating experience for the writer, who often culls creative nuggets from getting to know such a person.

Yet I’ve never considered any person from my life, captured a full picture, and created a complete character. I might remember someone who informs me on certain fronts, such as physicality, psychological baggage, professional expertise, etc.

The experiences I’ve had, and those I’ve researched, provide additional essence which can be subsumed into stories about an imagined human being, a believable character. I might recall an event that triggers me to create a dramatic moment that shows the story with efficacy.

People and events observed are ingredients. Neither are a recipe. I must get inside the writer’s kitchen and start tossing stuff together before I see it all rise as one.

Q: What role do you see alcoholism playing in The Sorting Room?

A: It plays a dominant role, as it does in the life of any alcoholic and those in their slipstream. The novel sans alcoholism would be another story altogether.

Whenever I consider the impact of alcoholism on those people in my life who’ve had direct contact with the disease, I’m stunned. They wouldn’t have been the people that I knew if not for the devastation wrought by the bottle, whether they themselves drank or not. 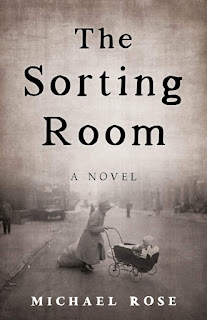 Q: Which authors' work do you especially admire?

Here’s a short list to address your direct question. I note but a few of the authors whose works instruct and inspire me as I sit to write.

Ernest Hemingway. As literary pundits noted long ago, the man changed the game. I, too, am drawn to his word efficiency and subtle turns of phrase. He landed sentences, paragraphs, scenes, chapters, and whole books as if each close brought a full and beautiful musical movement to its end.

I do not admire many of the man’s life choices. That said, his influence whispers from the pages of the gifted writers—alive and dead—who today inform my writing. Remembering how Hemingway toiled over his words inspires me to edit my own with a vengeance.

His work ethic and approach encourage the modern writer to bring every written closure to land apropos, in a way that entices the reader to turn the page or, upon arrival at the finale, close the cover with the satisfaction of time well spent.

Elizabeth Strout. I read the novels Olive Kitteridge (2008) and Olive, Again (2019) back-to-back. Strout never broke the dream for me as she executed a beautiful transition with her sequel.

Although I had already written my novel, Olive was a character that I often thought of while editing The Sorting Room. Strout steeled me, gave me backbone to stay the course. Olive remains not only unforgettable, but very real to me, as is Eunice Ritter, our protagonist. Neither character is easy to warm up to.

I’ve received emotional feedback about Eunice from a few modern readers who wanted to love her and couldn’t get there because she’s too hard for their sensibilities. One reader “couldn’t forgive her.” I embrace such heartfelt reactions as confirmation of what I had aspired to achieve through a story that commenced almost 100 years ago.

Eunice was flawed, as are we all. She lived a tough, lower-class life. She made errors. She had little if any support beyond that from her mentor Gussie, who left the scene as Eunice’s life took another serious plunge. Eunice persevered. She survived. And, as the story of her life neared its conclusion, she sought reciprocal love and personal redemption in her own unsophisticated way.

Olive and Eunice would have understood each other. Their conversations might have been terse, but they would have likely recognized those encounters as ones with a kindred spirit. Both imagined, flawed characters remain with me as real people. They are empathetic, even if, to many readers, they are undeserving of sympathy. However, I’m sympathetic. My heart broke for Eunice long before I met Olive. I love them both.

Colson Whitehead. Days ago, I bought Colson Whitehead’s latest novel, Harlem Shuffle (2021). It sits on my nightstand, and I’m excited to crack it open.

As with its compelling precursor The Nickel Boys (2019), I bought it because Whitehead’s The Underground Railroad (2016) had hooked me. I’m still stunned. Characters suffering the anxieties of escaping slavery descended, with us readers, into a magical, dark netherworld that served to amplify for deafened modern ears the heart-pounding horrors of American history.

When I subsequently read The Warmth of Other Suns (2010) by Isabel Wilkerson and Frederick Douglass: Prophet of Freedom (2018) by David W. Blight, impressions from Whitehead’s novel heightened the tensions of those two nonfiction accounts.

Both are wonderful history books that stand on their own. Yet, I had first been pre-washed by my prior reading of Whitehead’s fiction. I did not read the nonfiction accounts at the safe distance of a student of history. Rather, I experienced the depicted historical plights as a closer reader, more empathetic; frightened that I, too, had been tugged into the trauma.

I was a nonfiction reader with priors. I had been affected by a relevant novel, one which had dropped me into a fantastical, terrifying setting. Whitehead’s brilliant writing beamed through a magical lens on history. It animated for the reader’s elucidation the stark fear and loathing of characters under existential stress. He had lent a frightening musical score that played in the background as I “watched” the two documentaries.

Hilary Mantel. As for historical fiction, Mantel’s Wolf Hall trilogy about the British throne set a high mark for me as a reader. The depth of her research about her protagonist, Thomas Cromwell in the court of Henry VIII, and the others who packed the scenes was awe-inspiring. She exposed details of chronology and lineage, while flirting with pedantry. Her numerous characters covered the wide field of social classes of the times, and she humanized each with her deft fictional pen.

All three books educated her readers with extreme detail, while at the same time depicting, as flesh-and-blood characters, those historical figures who lived and suffered those events. The first book that I’ve ever pre-ordered was the final volume, The Mirror and the Light (2020). I savored that read, knowing that I would soon end one of my favorite reading journeys. I read every footnote. I simply didn’t want to finish. I had lost myself in Mantel’s dream long before her Cromwell lost his head.

Wallace Stegner. In 1946, Stegner established the creative writing program at Stanford University. He lived and wrote in the town of Los Altos Hills, where I made my home for many years while working in Silicon Valley. His characters are flawed, as are we all.

I find that, for me, his writing often hits straight to the gut. A couple of years ago, I read for the first time his novel All the Little Live Things (1967). I bought it because the setting was nearby my longtime home, and I wanted to see how he described our common environs. I had read several of his books, yet the read still surprised me with insights on the turbulent times of my own youth.

Stegner captured interpersonal dynamics we saw repeated daily throughout the U.S. during the chaotic 1960s. The protagonist, an older white man, experienced too-close-to-home infringement on his property and the lifestyle he’d enjoyed for years. The character displayed defensive reaction for assailed societal norms, which seemed to be more than fraying; they seemed to be unraveling.

Throughout the novel, Stegner’s protagonist considered the swirl of cultural upheaval through the eyes of a young woman, a new neighbor with husband and child. She was dying of cancer yet appreciated with wonder “all the little live things” around her. The hardened protagonist went from intended protector to loving admirer who could do little but marvel at how the fading woman lived with grace and kindness to her very end.

Our figurative hearts are young when starting fresh adventures. When I retired from business, I sought the craft of novelist. I read many instructional books about writing. Stegner’s book On Teaching and Writing Fiction (2002) was a particular gift to me as a late-to-the-party writing student. He wrote to and of the young would-be novelist. Stegner admonished instructors to remember that “these are young hearts you are treading on.” Welcomed words for an aged enthusiast, a student of creative writing, whose young heart beats within an old body.

A: Hmm, as a novice, a writing student still, there’s something I’ll offer on the writing life. I believe we writers can be stymied by the imposter syndrome or at least a simple sense that other writers are more brilliant, better educated people.

We should offer our words, not as competitors up against the full literary canon or even the current listings in our genre. We should find joy in writing, while accepting that we all seek readers unless we are keeping a journal for our eyes only.

Embrace the old saw that writers write to be read. That stipulates risk for aspirants who love creating, but fear stepping out. You are creating something that otherwise would not exist, and therefore would never inform, titillate, or stir emotions as only your words might.

So, when I face the mirror and confront the guy who wonders how he can be so bold, I walk away from the mirror and go to my fridge; not for food or drink, but rather to find sustenance taped onto the door. A reminder to continue working to become a better writer.

Here’s a quote from a brilliant writer clarifying what he had said about another author; one who happened to have changed the game for all of us: “I didn’t say Hemingway was smarter than I was. I just said he was a better writer.” --Norman Mailer