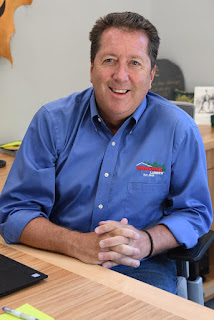 Kevin Hancock is the author and photographer of the new book 48 Whispers: From Pine Ridge and the Northern Plains. His other books include Not for Sale. He is the CEO of Hancock Lumber Company in Maine.

Q: What inspired you to write 48 Whispers?

A: I’m the CEO of a lumber company in Maine. In 2010, during the mortgage market crisis, I acquired a rare voice disorder known as spasmodic dysphonia.

In 2012, after the economic chaos had subsided, I was in need of an opportunity to recover my energy and contemplate my voice condition. That summer I picked up a copy of National Geographic magazine. The Pine Ridge Indian Reservation (South Dakota) was the cover story.

I had always had a love affair with the American West and when I read this article I was captivated by the story of the people who lived there. I was so inspired, in fact, that I decided to visit later that fall. Over time, one visit became two and so on. Today I have visited the Reservation, the adjacent Black Hills, and surrounding Northern Plains over two dozen times.

The spirituality of the Lakota people, the injustice they have historically endured, and their sense of spirituality and connectivity to the natural world all combined with the awe-inspiring magnificence of the natural landscape to inspire me to reflect. That introspection manifested as writing words in journals and hundreds of photographs with my camera.

After nearly a decade of traveling to the region, I was so appreciative of, and strengthened by, my visits there that I decided to compile some of my favorite photographs and writings into a book, which became 48 Whispers.

Q: You write that you traveled to the Pine Ridge area more than 20 times over eight years. What kept drawing you back?

A: Three forces kept drawing me back to Pine Ridge and the Northern Plains. 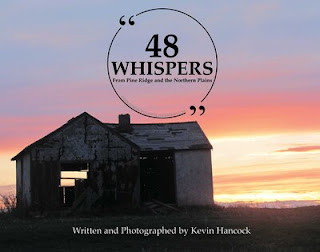 The first was the proximity to nature. The sky and the earth there are so big, boundaryless, and enticing. When I was on the plains or in the Black Hills, I just felt exceptionally connected.

The oneness of the natural world that the Sioux tribes have long understood was suddenly accessible and visible to me. The Sioux use the term “mitakuye oyasin” which translated means “all things are one thing” or “we are all related.” Separateness, I recognized, was an illusion.

Second, the people of Pine Ridge were inspiring to me. Their community had endured genocide, colonization, and more dating back to the second half of the 19th century, yet against all odds they had endured.

Having lost a piece of my own voice I could relate in an unexpected way to this community that felt marginalized and not fully heard.

Finally, when I traveled to the northern plains I mostly did so alone. The experience became a bit of a modern-day “vision quest” in which I was really able to turn inward and focus on the essence of my own true voice and spirit.

Q: What do you see as the relationship between the text and the photographs in the book?

A: This question fascinates me as I had honestly not contemplated it before.

Upon reflection, I would say that there is a yin-yang type interdependency between the texts and the photographs. Many of the written ideas were sparked or incubated by my solo immersion into the natural landscape.

It was as if nature was feeding and freeing my soul and in the process filling it with ideas about heightened self-awareness, authentic self-actualization, and the advancement of humanity.

Q: What do you hope readers take away from 48 Whispers?

A: I hope the reader takes away a deeper sense of freedom, possibility, and inner voice.

Here I was, a lumber company executive from Maine, embedding myself with this tribal community in South Dakota without any formal role, responsibility, or invitation beyond a shared sense of humanity. Here I was, a corporate CEO in the prime of his career, taking pictures and writing musings alone on the rolling grasslands.

All of this activity was easily described as being outside of my lane and well beyond the expectations people had of me, yet I could not stop myself from going back time after time.

I was serving and strengthening myself and this seemingly disconnected activity was simultaneously enhancing my ability to perform in my roles and responsibilities for others. Being selfish is selfless, that’s the message I am hoping readers take with them.

A: I have a website titled www.thebusinessofsharedleadership.com. This site is dedicated to the concepts of shared leadership, distributed power, and respect for all voices. Each week I post a short essay to the site designed to build on the original premises of 48 Whispers.

A: I have come to dedicate my work to the mission of strengthening the voices of others. Leadership in the 21st century must be about distributing power, not collecting it.