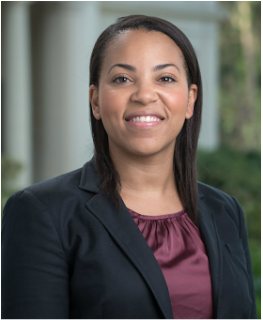 Krystale E. Littlejohn is the author of the new book Just Get on the Pill: The Uneven Burden of Reproductive Politics. She is an assistant professor of sociology at the University of Oregon.

Q: What inspired you to write Just Get on the Pill, and how was the book's title chosen?

A: I wrote Just Get on the Pill because I wanted to give voice to women’s experiences having their bodily autonomy and reproductive freedom violated.

After conducting interviews myself, and reading over many others conducted by the research team as part of the larger study, I knew that their stories were important to tell. Writing Just Get on the Pill gave me the opportunity to shed light on frustrating and unjust experiences that many women had that aren’t often talked about in our society.

Q: The book's subtitle refers to an "uneven burden" when it comes to reproductive politics. Can you say more about that, and about the impact of that burden?

A: The uneven burden of reproductive politics refers to the idea that in the United States, women and people who can get pregnant are socialized to believe that it’s their responsibility to prevent pregnancy using methods designed for their bodies. 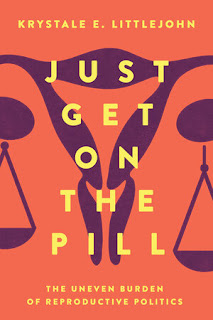 Just Get on the Pill highlights how often women were taught by their partners, peers, parents, and providers that they should “just get on the pill” to make sure that they didn't get pregnant without consideration of their needs and desires. Although it’s taken for granted as natural, my research shows that it doesn’t have to be this way.

A: The stories in the book come from a larger study of 103 women in the San Francisco Bay area.

The study was conducted by a team of researchers affiliated with Stanford University and UC Berkeley and its goal was to collect data that would shed light on the reasons why women who don’t want to get pregnant don’t always use birth control.

My interest in the study was initially in women’s experiences with birth control side effects, but that expanded after I realized how gender inequality affected women’s sexual and reproductive freedom.

I felt particularly struck by the normalization of “bad sex” in women’s relationships and the ways that reproductive coercion wasn’t always understood as problematic.

A: I hope that Just Get on the Pill helps readers understand that the gender division of labor in birth control isn’t natural, but it is harmful. It’s also unjust.

I hope that reading Just Get on the Pill serves as a turning point for people who want better for themselves, their partners, their children, and their families.

The first step in creating change is recognizing there’s a problem. The next is doing something about it. I hope that the book provides people with knowledge on the first, so we can all work together to tackle the second.

A: I’m excited to start working on my next project where I’ll explore experiences with sex, birth control, pregnancy, and abortion among couples.

Just Get on the Pill highlights how complex negotiations over birth control are and I’m looking forward to learning more about all of the different people (including partners’ families!) that help shape people’s experiences.

A: You can learn more about what I’m working on at justgetonthepill.com or krystalelittlejohn.com. And, connect with me on Twitter @drklittlej.