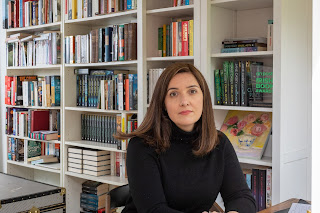 Jane Casey is the author of the new novel The Killing Kind. Her other books include the Maeve Kerrigan series. Born in Dublin, she lives in London.

Q: What inspired you to write The Killing Kind, and how did you create your character Ingrid?

A: I’m always interested by the jobs that require a certain type of person to want to do them.

Most of us would run a mile from a job that put us in close contact with people accused of terrible crimes, and even more so when that job involves standing up in and speaking in public!

I was intrigued by the idea of a lawyer impressing her client to the point where he focused on her and started harassing her, but I wanted to take it a step further to see what would happen if she needed to make use of him and his unique set of talents.

Ingrid is keen to do her job and to do the right thing - but she finds that those two ambitions don’t necessarily go together. She’s also very stubborn and won’t give up when another person might choose to move on and do something else with their life.

I really enjoyed exploring how she changes over time, because of the things that happen to her. There’s terror, romance, professional triumph, and a hint of scandal.

Chronologically she starts off very confident and content, but when we meet her first, she is more nervous and unsure of herself. Giving her the chance to learn and grow in confidence was a real pleasure.

A: The Killing Kind has a plot that’s full of moving parts, and I did play around with a few of them in different drafts, but I always knew where it would finish up.

I write a plot outline and a plan divided into chapters before I start, so I’m fairly confident that my idea has enough to it to make a complete (and entertaining) book. No filler, all killer as they say . . . 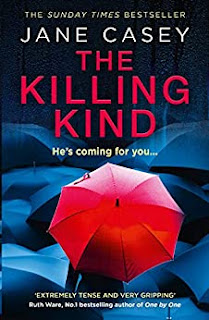 But once I start writing I do allow myself to add or change details if a better idea occurs to me. The creative process is a mysterious thing and I’m always so pleased when inspiration strikes, even if it’s at the last moment.

I did find writing this book to be more challenging than most – it was a lot to keep in my head!

Q: In a review of the book on Independent.ie, Darragh McManus says of your character Webster, "He’s so well-drawn, actually, that Webster is incredibly menacing and incredibly pathetic, simultaneously. He is clever and dangerous, but also — and he would probably try to kill me for saying this — an absolute loser." What do you think of that description, and how would you describe the dynamic between Ingrid and Webster?

A: I wanted Webster to be both charming and terrifying, but for the reader to be affected by the two aspects of his personality.

He sees himself as a hero, always, whereas we can see that he’s shockingly self-centered and amoral. He’s an extreme type but we have all met that man who doesn’t acknowledge his own mistakes and takes advantage of every situation he might be in.

Ingrid hates him, then decides she can use his talent for violence and experience of stalking to find out who is threatening her, then almost comes to enjoy his company.

He’s a dangerous tool for her to use and he expects her to give him what he wants in return – largely her trust and admiration. He gets a thrill out of pushing her beyond her boundaries, and she begins to understand him in a way that she couldn’t when he was just a threat.

But whether she should trust him is another question!

A: I think the story raises lots of questions about what we expect from justice and from the people who engage in the criminal justice process.

There are a number of references to Ingrid’s work in the book, and to the choices she has found herself making on occasion. She has always operated inside the law, but has she always done the right thing? And if she steps outside the law, does that matter if she thinks it’s for the best?

I hope readers find it thought-provoking (and entertaining!).

A: I’m writing the 10th in my Maeve Kerrigan series about a London-based Metropolitan Police detective on a murder squad.

Readers love to speculate about her romantic life and specifically whether anything will happen between her and Detective Inspector Josh Derwent. All I can say is that this book changes everything!

Writing a series is very different from writing an individual stand-alone book and I’ve been very lucky to get to work on this series for so long.

A: The Killing Kind has been optioned for television by an amazing production company and I should be seeing a script for the first episode very soon! It’s so exciting to think about who would play the characters. If any readers have any suggestions, let me know on Twitter, where I’m @janecaseyauthor.