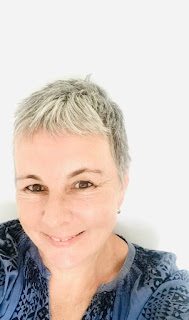 Jennifer Higgie is the author of the new book The Mirror and the Palette: Rebellion, Revolution, and Resilience: Five Hundred Years of Women's Self Portraits. Her other work includes the children's picture book There's Not One. She is the former editor of frieze magazine, and is also an artist. Originally from Australia, she lives in London.

Q: What inspired you to write The Mirror and the Palette?

A: A few years ago I set myself the task of commemorating the birth of a woman artist from history every day of the year by posting a portrait or a work of art by her on Instagram.

It constantly astonishes me how many brilliant women artists have been excluded from the art-historical canon.

If they were barred from apprenticeships, art schools and the life-drawing room, they often turned to themselves as a subject.

I decided I wanted to write a homage to the lives of a cross-section of self-portraits by women from the past 500 years, whose work I found particularly fascinating.

I also wanted to continue the work of great feminist art historians, such as Linda Nochlin, Griselda Pollock, Frances Borzello and others, whose writing has long inspired me. 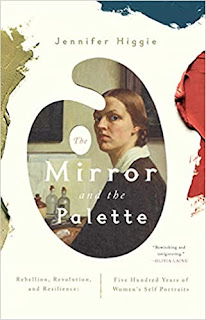 Q: You write of these women artists, "She paints a self-portrait because, as a subject, she is always available....She's been barred from so many other places, so many other bodies." Was self-portraiture often the only subject available to the women you discuss in the book?

A: While the options were limited, there were other subjects considered respectable for pre-modern women to paint ( I'm speaking generally), in particular religious and botanical studies and still lives.

But there were also many brave, radical women who ignored convention and painted blazingly brilliant furious allegorical pictures. (I'm thinking in particular of Artemisia Gentileschi).

Q: The Publishers Weekly review of the book says, "Higgie brings to light the lives of a number of women artists whose creations were a way to assert their existence in a milieu that often overlooked them." Did you see any changes in how the women artists you write about were treated by the larger art world as the decades went on?

While there is now a groundswell of energy that seeks to redress these exclusions, which is, of course, great, there's still a long way to go. Women are still underrepresented in commercial galleries, their work sells for far less at auction and most collections are heavily weighted to male achievement.

Q: Of the various women you discuss in the book, are there any that you found especially intriguing?

A: When the 20-year-old Catharina van Hemessen sat down in 1548 – a time when women had no political agency – to paint her self-portrait, she was the first artist of any gender to depict themselves at work. I see her wondrous, small self-portrait as a radical act of defiance. She is declaring to the world: I am a woman and I am an artist.

A: Lots of freelance writing to pay the bills, a couple of scripts and my new book about women, art, and the spirit world. I have to deliver it in December – so my dreams are full of ghosts!

A: Kandinsky was great, but he didn't invent abstraction!