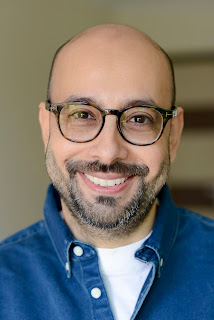 Farhad J. Dadyburjor is the author of the new novel The Other Man. He also has written the novel How I Got Lucky. A longtime entertainment and lifestyle journalist, he is based in Mumbai, India.

Q: What inspired you to write The Other Man, and how did you create your character Ved?

A: The genesis of the book was really this wonderful heartwarming story between two men of completely different ages, ethnicities, backgrounds – who are united by one thing: love. And how each helps the other to understand themselves better and live their truest life.

I felt it was important to give an international audience a ringside view of what it was like to be gay in India. Same-sex relationships were criminalized in India until three years ago, when the archaic Section 377 law was repealed on September 6, 2018, and this book holds as a celebration of that freedom to love who you choose.

In fact, as it turns out, it’s possibly the first gay romcom set in Mumbai to be published internally.

Ved, as a character, seems to have it all on the outside – rich, successful, good looking…like the perfect GQ man. And we often look at people like this on magazine covers and think they lead such a great life, not realising what’s really going on internally for them.

Ved, for all his stature and money, is miserable deep down inside from being a closeted gay man. It’s something that so many similar men face. And I wanted to bring about this dichotomy of the shiny surface appeal and how riven the person might be internally.

Through Ved I also wanted to highlight the fact how Indian men are so duty-bound to keep their parents happy that they put a huge pressure on themselves to be the “perfect son,” even if it comes at a grave personal cost. 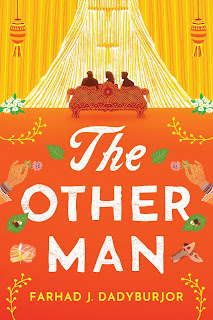 Q: Can you say more about what you think the novel says about coming out and living as a gay man in India?

A: A key aspect behind the book was to talk about the issues that gay men face particularly in India.

For instance, it is that much harder to come out because many adult Indian men and women don’t move out of their parents’ homes. It’s culturally accepted to live forever with one’s parents.

The other issue is that arranged marriages are still common practice and many times gay men acquiesce to an arranged marriage because they want to remain dutiful sons and keep the peace by not upsetting their parents and will always remain closeted.

A: The idea was always to leave the reader with a sense of hope, love and empowerment.

So many of the gay novels that I had read earlier, beautifully written stories by well-known literary heavyweights, always had something unhappy or depressing at its centre. Making you almost feel like that if you were gay, sad things would happen to you or that you would end up miserable.

Even the popular gay movies that one saw, whether Brokeback Mountain, Call Me By Your Name or Weekend by Andrew Haigh, left you feeling deflated.

And I wanted this book to be just the opposite – full of hope, full of heart. Like, I love calling it a gay romcom with a big heart. And I hope it opens the door to many more such happy love stories from India, whether with gay, bi, or trans characters in it.

A: It was one of the things that I had decided on pretty much at the beginning.

For so long we have always heard about “the other woman,” who comes and disrupts a marriage, and I felt this was pretty much the same situation except it was “the other man.” So, it’s a cheeky little swipe at that term, that also pretty much encapsulates the novel.

The title also teases you to want to know more.

A: For the moment I’m concentrating on my day job as an editor of a luxury magazine and relishing all the love that is being showered on The Other Man by bloggers and journalists.

I do think there’s more that can be written about the love story between Carlos and Ved, a sequel about what the future holds, but let’s see…

A: One sees a lot of progressive change since same-sex relationships were decriminalized in India.

For one, there’s far more positive representation of LGBTQ people in the media, with even fashion magazines like Vogue India putting a lesbian couple on its cover.

Several corporate houses have started including policies that are LGBTQ-friendly.

The Indian film industry has started making more realistic gay content, with the first Bollywood gay romcom having come out a year ago.

Just recently, a leading bank announced that gay partners could open an account together with the partner being the second nominee.

And one sees the fashion world being far more accepting of trans models.

While of course there are several issues that still need to be tackled, like same-sex marriages, steps are being in that direction. So, the future looks bright…put on those rainbow shades!