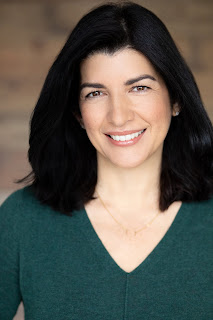 Christina Diaz Gonzalez is the author of Concealed, a new middle grade novel for kids. Her other books include The Red Umbrella. She lives in Florida.

Q: In your Author's Note, you write that the inspiration for Concealed began with an article you read about CRISPR technology. What intrigued you about it, and how did you create your character Katrina?

A: I was fascinated with the science of it all, but I was particularly intrigued with e idea of these two young girls who had their DNA modified and how they would perceive themselves.

It was this curiosity that led to the character of Katrina popping up in my imagination. She showed up one morning, Starbucks coffee in her hand, telling me how the name on her cup didn’t matter because she was always getting a new identity.

Q: How would you describe the dynamic between Katrina and her father?

A: Katrina and her dad are very close as she has been limited with outside relationships due to their life on the run. But it’s this closeness that makes the lies being told feel like an even bigger betrayal. 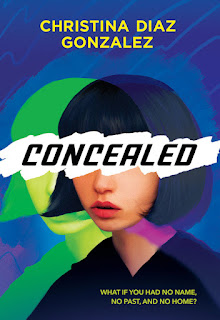 However, the love they have for each other helps heal some wounds when the truth is finally revealed.

A: I knew how the story would end, but I wasn’t sure how the characters would get there. That part of writing, for me, is always an adventure because I don’t know what twists and turns will come the character’s way.

Q: What do you think the book says about family secrets?

A: I think it says that families may keep secrets for what seem to be good reasons, but knowing the truth is often the only way to have a real relationship.

A: I’m finalizing work on a graphic novel (illustrated by the incredibly talented Gaby Epstein) called Invisible which will be released next summer.

A: I can’t wait for everyone to be able to read Concealed and discover the truth about Katrina and the secrets that have been kept from her!