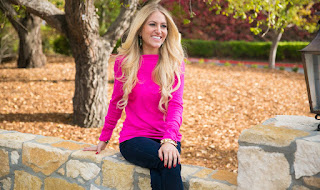 Rektok Ross (the pen name for Liani Kotcher, a trial attorney and writer) is the author of the new young adult novel Ski Weekend. She lives in San Francisco and Los Angeles.

Q: You write that the inspiration for this book came from a TV show about a family who became lost in the snow. How did you end up writing this novel?

A: I’ve always been fascinated with survival stories because they make you question what you would do if you were in the same situation as the people in the stories, and they also make you question life itself and how fragile it is.

I used to devour my mother’s Reader’s Digest magazines as a kid because they always had exciting, real-life adventure stories inside the pages.

With respect to the story that ultimately inspired Ski Weekend, I was home alone one weekend after I’d just moved to San Francisco and hadn’t made many friends yet so I spent my night watching one of those true crime news shows.

The story that night was about a family in the local area that got lost in the Pacific Northwest coming home from the holidays and it had such a tragic ending I couldn’t stop thinking about. When I was still thinking about the family and their horrifying ordeal weeks later, I knew there was something there that I had to explore.

Plus, I grew up in Florida and didn’t see snow until I was 17 so there has always been something eerie about the mountains in winter for me.

Q: You also cite the John Hughes film The Breakfast Club as an inspiration. How would you compare your cast of characters with the film's?

I’ll always love the romance of Pretty in Pink and Sixteen Candles but for me The Breakfast Club is the most interesting story because it explores stereotypes and why putting people into boxes is harmful to them and to us because we miss out on getting to know some really amazing people based on untrue preconceived notions.

In The Breakfast Club there are five characters: a brain, an athlete, a basket case, a princess, and a criminal. There are six characters in Ski Weekend (seven if you include Champion the dog). I wanted to update my cast to make them relevant for this decade and more diverse to explore the world we really live in today. 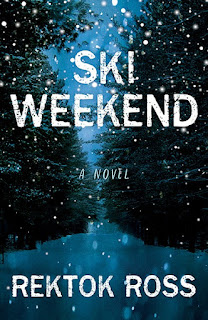 That said, I still wanted to maintain a lot of the essence of these famous stereotypes—so I could later pick them apart—and generally kept a brain (Lily), an athlete/dumb jock (Hunter), a basket case (Sam), a princess (Britney), and a criminal/bad boy (Gavin). Sam’s brother, Stuart, is the sixth character and is a happy-go-lucky, geeky gamer.

A: I always outline before I start to write since I am a “plotter” (not a pantser), but I was never totally sure who would live and who would die, and these deaths have changed multiple times through multiple drafts.

I was kind of a wimp in the earlier drafts in that I fell in love with all my characters and didn’t want to kill any of them. Of course, that makes for a pretty boring survival story so I had to fix it.

There is also a surprising ending, in my opinion, and I didn’t see it coming when I first started writing and was very resistant to making happen because it’s not the way I saw things in my head.

I don’t want to spoil it, but things are more open-ended than I originally envisioned and my editor encouraged me to make this change. But now I’m really happy with how things end up. It’s probably more true to real life and will definitely invoke more questioning in the reader, which is good. I love books that sit with you after you finish.

A: There are so many themes to explore in the book. First and foremost, I hope it is a thrilling read for folks as I always love a good thriller to escape into myself purely for entertainment value.

Beyond that, I hope the book opens a dialogue about the dangers of harmful stereotyping especially in today’s diverse world. I hope it also encourages people to explore new friendships and relationships with people from different backgrounds who they don’t think they have anything in common with and learn to appreciate each other’s differences—and commonalities.

Also, I spent an enormous amount of time researching real-world survival skills for the book, and I hope readers take those away and keep them in the back of their mind if they ever need them.

A: Next up for me is a summer thriller, tentatively titled Summer Rental. I don’t want to say too much as it’s still very much in the early stages, but it’s basically my love letter to the ‘90s slasher with some added romance because I love mixing thrillers with romance. It’s kind of my thing!

A: I appreciate all my readers so much and love to hear from you. I am very active on social media, especially on my Instagram at @RektokRoss so feel free to connect there and also in my Facebook reading group The Book Nook.

I also love to support fellow writers and the writing community and host a weekly writing chat on the Clubhouse App called Level Up Writers along with my co-hosts, bestselling author Mary Weber and Emmy-award winning journalist Sorboni Banerjee. Writers are always welcome to join us any time!