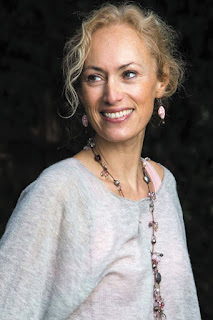 Louise Fein is the author of the new novel The Hidden Child. She also has written the novel Daughter of the Reich. She lives in Surrey, UK.

Q: You write that part of the inspiration for your new novel came from your daughter's experiences with epilepsy. What led you to create your cast of characters?

A: That is correct, but the story and characters came together from ideas thrown up by my research too. One of the aspects of having a child with additional educational needs, as I discovered, was the constant testing of her mental capacity to see how much her epilepsy had impeded her abilities.

Intelligence tests, with all their known shortcomings, are still used widely to measure children’s potential.

Such tests, indeed, until the late 20th century were carried out on all children in England (called the 11+) at the age of 11 to determine whether they would go to Grammar school (for the brightest and most academic) or Secondary Modern school (for those who would be put on the path of more vocational study), essentially deciding the futures of children based on one test on one day.

When I looked into the origins of the 11+ test, I was horrified to learn of its murky past which was firmly based around eugenics ideas – i.e., that intelligence is fixed at birth, and that for those of the “lower orders or races,” no amount of education will enable them to perform as well as those born of the more “desirable” class and race.

One of the main instigators of the 11+ exam was Sir Cyril Burt, an ardent eugenist whose research methods have since been uncovered as “questionable.” He is the inspiration for one of my main characters, Edward.

Eleanor, Rose and Mabel are entirely fictional characters, but they are as true as I could make them to their time and sex.

A few real people have minor roles in the book, such as Margaret Sanger, Marie Stopes, John D. Rockefeller, and some other well-known proponents of eugenics in 1920s America and England.

I have also taken inspiration from the era in which my characters lived.

The 1920s were a time of great social upheaval and fear amongst those who saw their wealth and way of life under threat from a predicted death of democracy and capitalism; with the rise in power of the common working man (and woman); and from planned economies creeping their way across Europe, such as communism and fascism.

And of course, still looming in the background of it all, was the aftermath of the terrible First World War. All of this finds its way into the lives of my characters. 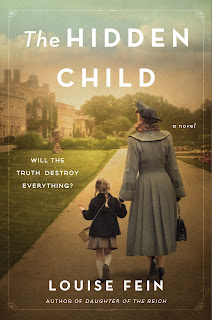 Q: As you’ve mentioned, the book focuses on the eugenics movement. How did you research it, and what do you see as the role of eugenics 100 years ago and today?

A: I had always associated eugenics with Nazi Germany. When researching my first novel Daughter of the Reich, I was surprised to learn of its origins in England and America and just how widely accepted the ideas were all over the world before the Second World War.

I felt this history was rather buried and not discussed. Not only was institutionalisation of the “undesirables” commonplace in both the UK and the US, but thousands were forcibly sterilised in the US and there were even some voices calling for euthanasia.

Discussions were held about how to prevent the lower orders from having children, and how to encourage middle class and wealthier women to give up birth control and to have more children.

To carry out my research, I found many sources in the Wellcome Library, the eugenics archive, as well as books and articles written by or about eugenists such as Sir Cyril Burt, Leonard Darwin, Harry Laughlin, Charles Davenport, Marie Stopes and Margaret Sanger.

I was also fortunate to have access to the archives of various institutions such as asylums and epilepsy colonies.

Eugenics during the early half of the 20th century was such a mainstream movement that there were few voices of dissent.

Its proponents made it an attractive proposition - a healthier, wealthier, more productive population which would, in time, be free from inheritable diseases and conditions, as well as undesirable characteristics such as alcoholism, criminality, or mental health conditions. Except as a science, it doesn’t work.

Today, there are still those who defend its flawed ideas, whether that be in relation to superior race or class, and other hangovers such as stigma towards those who suffer from epilepsy, disability, or a misunderstanding about ability.

Q: What did you see as the right balance between fiction and history as you wrote the novel?

However, that said, this is fiction, not a history lesson, and it is important to entertain through the story and the characters.

The way I like to think of it is that the history should form the framework for the story, but within that framework, the characters are free to be themselves and carry the reader along with them.

A: When I read fiction, I love to learn about lives or places or events I am not so familiar with, or histories less-known or talked about.

I hope that with this book, readers will think about how the 1920s was not just the “roaring twenties” filled with dancing and jazz and all the things we have come to associate with that time, but to think about all the undercurrents and changes that were going on.

How people, through fear, turned to dangerous ideologies which they hoped would solve their problems, but in the end, led them down paths they had no idea they would be led.

I hope some of what we can learn from this, we can apply to the fears and concerns of today, which are not, I think, so different. I hope the book will invoke discussion, and above all, compassion.

A: I am currently working on a book set in the early 1960s that has a storyline going back to WWII.

It’s about the unquestioned exceptions of how women - mothers in particular, as well as older women - should be, and also how their position in society can change in just a few short years, not necessarily for the better! That is all I can say about it for now.

A: I send out a quarterly newsletter and the occasional blog about my writing life. If you subscribe to my newsletter, not only will you receive these, but also the odd short story, or other writing-related goody! You can subscribe here: https://www.louisefein.com.