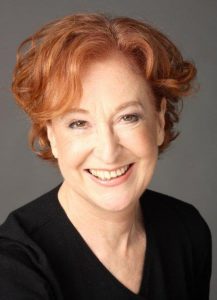 Erica Abeel is the author of the new novel The Commune. Her other books include the novel Wild Girls. She is professor emeritus of French literature at City University of New York, and is a former dancer.

Q: What inspired you to write The Commune?

A: Partly it was the discovery that my little grandsons are feminists.

I was walking with my daughter in a recent women's march and she was carrying a poster created by her sons that proclaimed, Women's Rights are Human Rights, printed in childish, blocky letters.

And I realized that these little boys are feminists in 2021 in part because of Betty Friedan's "commune," a group of people who shared a house in the Hamptons 50 years ago.

On August 26, 1970, these "communards" were instrumental in launching the Women's March for Equality that flooded Fifth Avenue, 50,000 strong (defying the mayor's orders to keep to the sidewalk) -- a milestone event that effectively put second wave feminism on the map.

And I thought, who exactly were these people who ignited a social revolution? What Friedan called "a quantum leap of consciousness."

I'd known some of the communards on and off. It's fair to say they were a pretty flawed bunch: whip-smart, but also self-seeking, petty, ambitious to a fault, alcoholic, mired in past values, etc. etc. -- yet they got it together to transform the entire culture.

I also gravitate toward a satirical tone. The communards are great targets for comic satire since they often talk one game, yet think and act in a contradictory manner -- the perfect set-up for satire!

My heroine, Leora, has elements of a comic schlemiel character. She longs to join the commune, while secretly pursuing "the wedding plot," which she sees as "the health benefits plot."

Q: Did you need to do any research on the real-life figures on whom your characters are based, and if so, did you learn anything especially surprising? 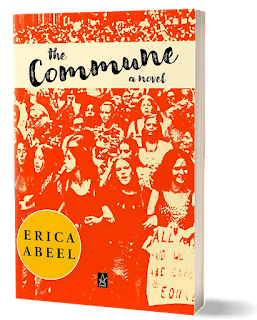 A: I did tons of research on Betty Friedan (Gilda Gladstone in the novel), who was a prolific writer and speechifier. To make her live on the page I studied her mannerisms and manic, rapid-fire style of speaking in interviews available on the web. Fortunately for me, she's been well-documented.

I immersed myself in reams of writing from the period. Feminist writers were a hot commodity in publishing in 1970!

I was especially interested in how Friedan's positions on feminism clashed with the more radical factions -- many warring groups co-existed -- often expressed through rancor toward her gorgeous, younger rival Gloria Steinem (who appears only offstage in The Commune, yet permeates the novel).

Friedan was enraged by the woman she perceived as the "usurper," as I show in a pivotal scene in the novel.

As a comic satire The Commune often exaggerates characters and their obsessions. But with Friedan/Gilda I couldn't exaggerate. Friedan was already a walking, talking, boozing exaggeration of herself! "If I didn't exist someone would have had to invent me," she once said.

The Commune has been called a roman a clef, yet the only main characters modeled on real-life people are Gilda and her sidekick Fred (a tweaked portrait of a charismatic writer and Hamptons demi-celebrity at that time).

For Leora, the heroine, I drew on my own life experience to an extent, but the other characters are creatures of my imagination. They are women who might have existed in 1970. They're typical of early "transitional" feminists, whipsawed between the bold new ideals of autonomy and independence and earlier traditions of marriage, family, romantic love.

Generally speaking, my women characters can talk the talk, but aren't entirely ready to embrace feminist ideals in their own lives. The same goes for the novel's men, particularly the self-proclaimed male feminists!

One of the funnier ironies regarding Friedan/Gilda is that though she was the intellectual founder of feminism, she famously preferred Women capital "W" to individual women.

She was notoriously man-hungry and ever on the hunt for romantic love -- a kind of running joke in The Commune. Friedan agreed "women were over-sold on romantic love." Yet she celebrated family and children and repeatedly insisted, "men are not the enemy."

The roman a clef aspect of The Commune is certainly reflected in the cameos and background characters. Astute readers will identify Edie Beale of Grey Gardens fame and the voices of celebrated writers of the period, including Vivian Gornick, Phyllis Chesler, Robin Morgan, Andrea Dworkin. They form a sort of background chorus that grounds the novel in the early '70s and keeps it historically authentic.

Vivian Gornick is especially important in the book and I use her quotes as a counter theme: back then she was writing that romantic passion is irreconcilable with female self-fulfillment.

Bottom line, even though The Commune is part roman a clef I was mainly concerned to create characters that readers would care about.

A: I hope they experience it as a joyous romp and get into the humor of the satire.  "Hilarious yet astute," Hilma Wolitzer called it. Readers have mentioned LOL moments. It's been a tough two years, the planet feels in crisis -- I hope The Commune brings readers laughter and fun.

And I hope they come away from the novel inspired. Writing the last scene of the march finally swinging into gear, I actually got goose flesh, like my heroine Leora.

The march was not only an amazing event -- it was a wild wager, because no women's movement existed yet. It took such courage to conceive it, then bring it off. "How did we have the nerve," Gilda said. The Commune is about women who had the nerve.

Q: What do you think the novel says about this group of feminists and their impact on American society?

A: Clearly, this group of feminists transformed society. They opened the world of work to one half of humanity. They were visionaries, fighters, bucking a dismissive, backward-looking culture.

"Braless bubbleheads," one journalist called the marchers of August 26. The communards and friends helped make the world safe from such comments.

The Commune also has an eerie relevance: #MeToo was seeded back then. In 1970 it took the form of women's angry diatribes against the patriarchy and male oppression. The difference today, of course, is that men are held to account for abusive behavior.

A: I'm trying to put out the word about The Commune. It's pretty labor-intensive! I'm a film critic as well as a novelist, so I'm covering the New York Film Festival for an arts website. And trying to stay fit with Pilates workouts. Once a dancer, always a dancer.

A: The Commune is not really about feminism per se. It's a romantic satire that happens to be set during the exciting, fraught period prior to the second wave. Bottom line, the novel is about women in pursuit of love, who are struggling to balance romance and work -- not unlike women today.