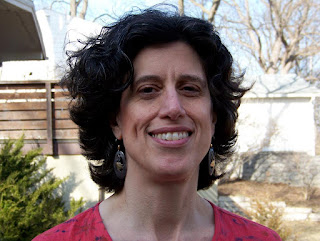 Beth Kirschner is the author of the new historical novel Copper Divide, which takes place in Michigan in 1913. She also works as a software engineer.

Q: What inspired you to write Copper Divide, and how did you create your characters Hannah and Nelma?

A: I was inspired to use the setting of Michigan’s Keweenaw Peninsula in a story. The area is defined by diverse landscape, challenging winter weather, and characters as unique as the place itself. In college I took a class on the local history, and I think that was the original catalyst for the story.

The Italian Hall tragedy still generates strong emotions over 100 years later, and I wanted to create characters to explore the different perspectives about what actually happened.

I wanted characters as diverse as the actual demographics of the time, so a Jewish shopkeeper’s daughter, a Finnish labor rights activist, and an outsider brought in to break the strike covered a lot of intersecting plot lines.

A: I wanted to create characters that witnessed that historical moment, to imagine how it impacted their lives and their thoughts. I used history as the framework for what influenced their day-to-day lives, but I also wanted to explore the characters independent of those external events.

I wanted to use history as a foil to explore how people react during times of social unrest. A lot of the themes in the story, such as attitudes towards immigrants, corporate rights versus workers' rights, and the inability of people on different sides of a conflict to see the humanity in each other, are just as true today as they were then.

Q: How did you research the events of 1913, and did you learn anything that especially surprised you?

A: The research for the story was a project in and of itself. I looked to historical libraries for newspaper articles, maps, diaries, and photos, as well as scholarly books. Two of the best books on the subject were Rebels on the Range (Arthur Thurner) and Cradle to Grave (Larry Lankton). 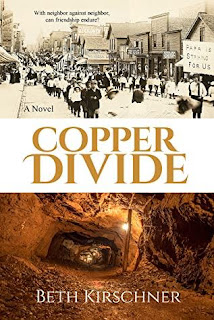 I also needed to learn about the cultural customs of that time and place, including fashion, entertainment, transportation, and food.

There were a lot of surprising discoveries along the way, including the details of living in a highly paternalistic society where everything revolved around the copper mines. The workers’ housing and land for the churches and synagogue were all provided by the copper mine companies.

The more interesting discoveries were the smaller details of daily life, such as how to roast coffee beans, how to make bark bread, and the novelty of electricity that caused an entertainment pavilion to be named “Electric Park.”

A: I hope readers are able to escape to another place and time, and immerse themselves in the story, since that’s what I find most satisfying from books that I enjoy. There’s also a lot of interesting history to be learned.

Most of all, though, I hope readers can reflect on the complexity of one’s character that makes it difficult to label a person as good or bad, right or wrong.

A: I love settings in a story that are as complex and varied as the characters themselves.

I’ve spent a lot of time in the American Southwest, and it’s a place with a rich past but also with many interesting possible futures.

I’m still getting to know the characters that I’d like to create in my next novel, but they will likely live in northern Arizona or southern Utah, sometime in the near future.