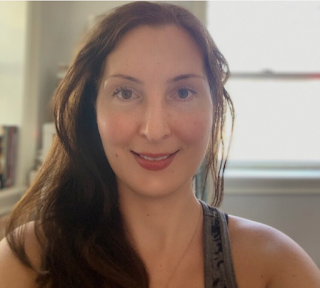 Caroline Hagood is the author of the new novel Ghosts of America: A Great American Novel. It features a male novelist haunted by the ghosts of Jackie Kennedy and author Valerie Solanas. Hagood's other books include the poetry collection Lunatic Speaks. She is an assistant professor of literature, writing, and publishing at St. Francis College in Brooklyn.

Q: What inspired you to write Ghosts of America, and how did you create your character Norman Roth III, aka Herzog?

A: I got the idea because I love reading American history, but I got tired of how many men had gotten to shape it (both in deeds and then writing about those deeds) and how few women had gotten to do the same.

I wanted to concoct a situation where the women who had been shaped by a particular writer could speak back to him. I liked the idea even more in the case that this woman was already dead.

I think the Herzog character came out of a similar place. When I read a writer such as Philip Roth, I feel this division between loving his prose and not loving his portrayal of women, and even the whole grand narrative that surrounded his boys club that had called dibs on the supposed “Great American Novel.” So, in creating Herzog I wanted to reflect on all that. 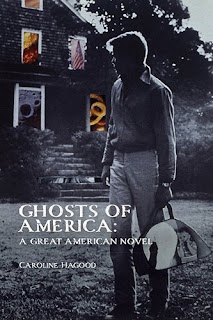 A: Hmm. I knew I wanted Herzog to undergo some sort of transformation based on being visited by these women he had misrepresented in his writing, but that was about it. Then I just let my ghosts lead the way. No, but seriously, the book definitely flowed after I had a sense of who Jackie and Valerie were as characters.

Q: Did you need to do much research into Jackie Kennedy, Valerie Solanas, and the various male novelists on whom your protagonist is based? If so, did you learn anything surprising?

A: Yes, I actually did an enormous amount of research. I guess I figured if I was going to write such a fantastical and somewhat tongue-in-cheek take on people who actually lived, I wanted all the facts to be right.

I was most surprised to find out how fiery Jackie Kennedy was. I never knew she had wanted to join the CIA at one point, for instance. There’s a fun fact for you.

A: I hope that after this book readers are more aware about how American history has been carefully controlled and constructed by a small group of powerful, white men.

But I’m not just talking about textbooks. I’m also talking about the way early American novelists played such a huge role in constructing national identity, race and gender roles, etc.

I also hope they leave wanting to sort of take a flamethrower to that and see what new formulations come out of it.

A: I guess I just wanted readers to know that these “iconic women” are more than the stories that are told about them. Do your own research.