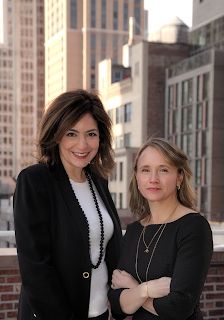 Jenny Judson and Danielle Mahfoud are the authors of the new historical novel The Last Season.

Q: You've known each other since high school--what was it like to write a novel together?

A: The short answer is – it was awesome! Our lives changed dramatically in the 10 years it took us to write and edit this novel. Having a shared project and dream really helped us stay connected, better connected than we were before we started on the project.

As to our process, we would map out the storyline and divvy up scenes to write independently. Then we’d come back together and read our work (out loud!) to each other to make our writing styles more cohesive. About halfway through writing the novel, we couldn’t tell who had written which sections.

There were times when we both wanted to stop because life got in the way, and we even took months off of writing over the years, but each time one of us wanted to give up and shelve the project for good, the other would rally and our creative inspiration would begin again.

We also have complementary skill sets and personalities, so we could support each other and fill each other’s gaps. All in all, it was an amazing process, and now we just pinch ourselves because we cannot believe how far we’ve come.

Q: How did you come up with the idea for your characters Cassandra and Crispin?

A: Two ideas drove our initial conception of the characters.

The first was the financial crisis of 2008. All around us people were reeling from that event - many people’s lives and life plans had changed tremendously in the blink of an eye.  We wanted to write a historical fiction novel that was both an escape from and a reflection of contemporary life.

We knew we wanted to have a character who started his life in a debtor’s prison, his family the victim of a financial disaster. That is the basis of Crispin’s character. Our original first pages, all of which wound up on the cutting room floor, were about Crispin’s destitute childhood.

Additionally, because we were inspired by the movie The Young Victoria, we wanted to explore a parallel story about a character who was supremely privileged and sheltered throughout her youth, someone who seems totally removed from the struggles of the working world.

We asked ourselves the question - what would happen if this character also faced financial ruin? That is how we conceived of Cassandra’s character. From the get-go we knew these characters would meet and that their lives would become intertwined. 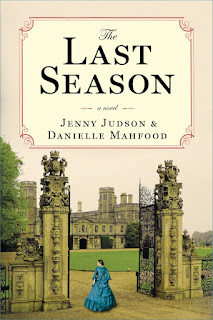 A: Absolutely not. We knew that Crispin and Cassandra would end up together but we didn’t know what journey they would take and who they would meet along the way.

There were times when we would map out the plot together one way and then when one of us would start writing a scene or chapter we’d take it in an entirely different direction.

For example, we had no idea that Cassandra would end up taking a trip to America when we started or that Crispin would develop such a meaningful friendship with Archie. To us that is the ultimate fun of writing, discovering where the story and characters take you along the way.

A: One of the reasons we were attracted to the Victorian era is that it is relatively recent, well-documented, and translates easily to a modern audience.

We were able to read lots of books about the time period - we loved We Two, a book about Queen Victoria and Prince Albert. We also looked at sources such as Mrs. Beeton’s Book of Household Management and what Jane Austen ate and Charles Dickens knew when we needed to check our facts about hunting seasons and social season, social hierarchies, etc.

Some of the richness of details and descriptions comes from our research with maps, pictures and copies of primary documents that are still available through the internet.

For example, we were able to read a travelogue written by a young Englishman on his first impressions of living in Calcutta, India – something one of our protagonist does, which helped us gain authenticity. We even found the original financial documents that were the basis of our research on Lord Drayton’s investments.

That’s probably what surprised us most – how easily and readily available we found primary sources.

A: We are on a bit of a hiatus as a writing team. Between our careers and family lives we haven’t found enough time in the day to focus on our next joint project.

Independently, Jenny’s been working on another novel set during the American Revolution. It’s inspired by the true story of two sisters who lived on a farm in Westchester, N.Y. -- the sisters were the original inhabitants of Jenny’s home, which was built in the 1700s -- and revolves around a moment when British troops tried to burn the farm and surrounding village.

The book is about young love and young women determined to protect their family and each other. And it’s a murder mystery!