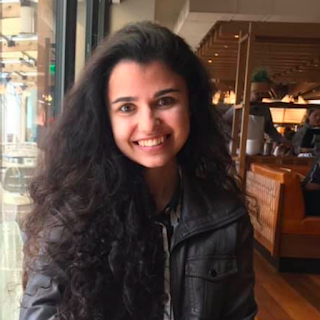 Nicole Zelniker is the author of the new novel Until We Fall. Her other books include Mixed. She is a podcast producer and managing editor for The Nasiona, and she lives in Chapel Hill, North Carolina.

Q: What inspired you to write Until We Fall, and how did you create your cast of characters?

A: Part of the reason I wrote a dystopia is just because I had never done it before. It started with me thinking about one scene toward the middle of the book and then spreading out from there.

With the characters, it was important for me to incorporate a diverse cast. If the government tomorrow looked like it does in Until We Fall, it would be largely people of color, queer and trans folks, and people with other marginalized identity that would be most hurt. I wanted to reflect that reality. 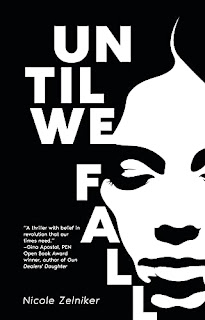 A: I knew how the novel would end from the beginning. I'm a plotter, so the events of the books I'm writing don't usually change so much. Sometimes the characters and their motivations change, though. They sort of write themselves.

Q: How would you compare the dystopian world you create in the book to today's world?

A: I don't think dystopias are ever very different from today's world. That's part of the appeal, that we can see twisted elements of our own lives in the text.

In The Hunger Games, for example, the idea that we would send children to fight each other to the death feels distant, but District 12's relationship with the Peacekeepers isn't so different from many marginalized communities' relationships with police.

A: I'm terrible at titles, but Jaded Ibis Press was incredibly helpful. We went back and forth on titles for a while and they were incredibly patient with me.

A: Right now I'm working on querying an adult fiction novel that takes place at a grad school in Erie, Pennsylvania, and I'm editing my first YA manuscript.

A: Yes! Until We Fall will be widely available, so folks should support local bookstores! Bookshop is my favorite place to buy books online because every time someone purchases a book, that money goes to local shops.

Also, if you want to know more about me, my other books, and my articles, you can check out nicolezelniker.com.