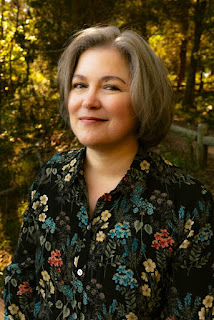 Margaret Renkl is the author of the new book Graceland, At Last: A Life: Notes on Hope and Heartache From the American South. She also has written the book Late Migrations, and is a contributing opinion writer for The New York Times. She lives in Nashville.

Q: How did you choose the essays to include in Graceland, At Last?

A: Honestly, that was the hardest part of writing this book: With so much material to draw from, how could I possibly decide what to choose and what to leave out?

My mandate at The Times is to cover the “flora, fauna, politics, and culture of the American South,” and I’d written enough essays to do a full book on any one of those topics.

The idea of focusing entirely on flora and fauna appealed to me especially because those are always my favorite essays. On the other hand, it felt almost cowardly to create a book that avoids more difficult subjects like politics and religion.

In the end I settled on a collection that I hope gives a more nuanced a portrait of the South than the headlines do. 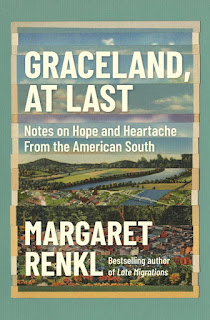 Q: In a July 2018 essay called "What Is a Southern Writer, Anyway?" you write, "What if being a Southern writer is foremost a matter of growing up in a deeply troubled place and yet finding it somehow impossible to leave?" Can you say more about that?

A: I left the South for graduate school but didn’t last very long as an exile. After a single semester, I was so homesick I gave up pretending that I belonged anywhere else and came on home again. For a long time, I thought of my decision to return as a kind of failure, an inability to live up to my own progressive convictions.

But at my 20th high-school reunion, a conversation with an old friend — one who had left home after college, too, but who never came back — made me rethink that interpretation of my own past. “Thank you for not giving up on this place,” she said. “Thank you staying here and trying to make things better.”

I think that’s what a lot of Southern writers are doing: loving a troubled place so much they can’t give up on it.

Q: How was the book's title--also the title of the last essay--chosen, and what does it signify for you?

A: Partly I made “Graceland, At Last” the title essay because I just really love that essay. Partly, though, it’s a nod to the last line of the essay about Southern writers that you just mentioned. I hold out hope that this will truly be a land full of grace one day.

A: I’m about halfway finished with a collection of backyard nature essays.

Like Late Migrations, my first book, the new collection will be illustrated by my brother, Billy Renkl, but this time each essay will have its own piece of companion art.

I think I’m more excited about the art than about any other part of this book. Billy’s pictures are more than just illustrations. Each one of his collages truly stands alone as art in its own right, but it also deepens and enriches the experience of reading the essay in ways that I can’t manage with words alone.