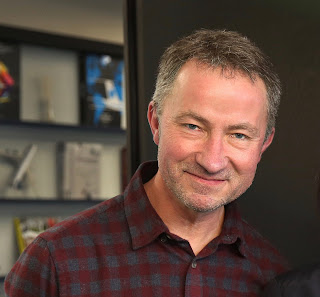 Paul Sexton is the author of the new book Prince: A Portrait of the Artist in Memories & Memorabilia. A longtime music journalist and broadcaster, Sexton contributes regularly to publications including Billboard and Music Week. He lives in South London.

Q: You note that many of the interviews in the book were from a documentary you created for BBC Radio 2. How did this book come about?

A: Yes, it's a book that started on the radio. I've made scores of documentaries over the last few decades for Radio 2, which is Europe's most listened-to radio station.

In 2017, to mark the first anniversary of Prince's death, I wrote, produced and hosted a two-hour show for them called Prince and Me, in which I spoke to many of the people who were close to him personally and professionally.

I was then approached by Welbeck Publishing – as I always say, you never know who's listening – about the idea of making this the basis for a book, augmented with further interviews and illustrated with memorabilia from Prince's remarkable life.

Q: What would you say are some of the most common perceptions and misconceptions about Prince?

A: The one you hear more than any other is that he was a control freak, and that's hard to argue with, but that stemmed from something positive, which was his astonishing work ethic. Thirty-nine studio albums in the 37 years of his recording life tell you something about that.

But his extreme reluctance to be put on “public display” in interviews once he was famous, and his public dispute with his record company about artistic freedom, helped towards the idea that he was arrogant. 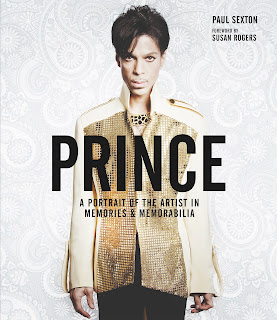 In fact, when the time was right and the work was done, he was fun-loving and playful. His perceived shyness was a product of the fact that he had less time than some for small talk and socialising, but among his friends, he was giving and demonstrative.

Q: You've said, "As so often, it's the sometimes hidden human and down-to-earth aspects of a superstar's story that can be the most interesting." What are some of the more intriguing things you learned about Prince?

A: I was reminded of some things I already knew, such as the sheer scale of his passion for the music of others. He reminds me of someone like Elton John in that he never lost his boyhood enthusiasm for records.

One of my favourite stories in the book is about the time he wrote to the then-emerging Suzanne Vega, whom he didn't know, simply to tell her that her song “Luka” was one of the most compelling pieces of music he'd heard in a long time. We also have that handwritten letter in the book, in which he writes “I thank God 4 u.”

Then I would have to mention his sense of humour, which as Susan Rogers, his engineer on the classic records of the 1980s told me, was often that of a teenager. At one point in an early interview, he orders a milkshake, puts ketchup in it and tells the waitress there's something wrong with it.

Susan also recounts an extremely funny story about life on the tour bus and why it included a stuffed, lifesize toy penguin, which is too long to repeat here but shows what a happy person he was.

Q: What do you see as Prince's legacy today?

A: As one that will only continue to grow in the coming decades, both via his extraordinary catalogue (which will be further expanded, as recently on the impressive, previously-unreleased Welcome 2 America album) and as one of the greatest live entertainers we've ever seen.

Visit YouTube, start watching Prince clips and you can disappear down that rabbit hole for hours, transfixed by one of the most magnetic entertainers we've ever known.

A: I'm in discussions about another book project to which I'm sworn to secrecy, except to say that if I'm able to do it, I will be able to retire happy!

Although, as a freelance journalist since the age of 17, it's hard to imagine not writing and broadcasting about music.

At any given point, I will be writing features for newspapers or magazines, or liner notes for upcoming releases, including another set right now for the Rolling Stones, with whom I've been lucky enough to work for more than 25 years.

I also write on a daily basis for Universal Music's uDiscover site, and I'm on the committee for the music industry's own charity event, the Music Industry Trusts Award, which has raised nearly £7 million for two fabulous causes, Nordoff Robbins Music Therapy and the BRIT Trust.

A: I will also mention that I'm a patron of a grassroots music venue near where I live in south London called the Sound Lounge. It's become a real passion of mine to work with the team there in putting on new and established artists and publicise their amazing work for disadvantaged people and the local community in general.

We held a launch night for the book at the Sound Lounge recently, as a celebration of the man himself. I had a whole selection of artists remaking Prince songs and chatting with me about their own memories of him. We screened some of his videos, and played the audio of some of my interviews for the project.

People, some of them complete strangers, have been telling me how much they enjoyed the night, and how much they learned about Prince. That's the unique power he still has. The purple reign continues!