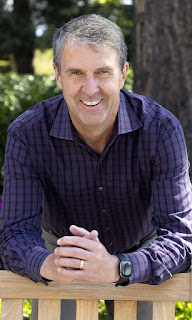 Robbie Bach is the author of the new novel The Wilkes Insurrection. He founded and led the team that created the Xbox, and has written the book Xbox Revisited.

Q: What inspired you to write The Wilkes Insurrection, and how did you create your character Tamika Smith?

A: After publishing Xbox Revisited in 2015, I realized that my passion for writing demanded more than nonfiction. I wanted to be challenged by plot, character development, dialog, and scene creation.

Writing a novel became an opportunity to explore the creativity I’d discovered within myself while working with the creators of such amazing games like Halo on Xbox.

The Wilkes Insurrection is really inspired by the characters themselves. I started with four or five concepts that had been bumping around in my head for years. I wrote almost a hundred pages of character arcs. Then I started imagining how they all might interact — what could bring them together amidst the challenges we face as a nation?

I definitely wanted this to be a great thriller. But I also wanted my debut novel to capture themes and issues that we are grappling with across the country today.

Tamika was the second character arc I wrote – and is clearly my favorite. My father served in the military, and I now appreciate all that he went through in World War II. So I wanted to write more about that journey.

I have two daughters who have started their professional careers, and I’ve partnered closely with a number of female managers and CEOs. Having worked in male dominated industries (tech AND gaming), I wanted to explore the world from a woman’s point of view – in particular a woman who was a leader. This was a challenging step, emotionally and from a writing perspective.

Finally, The Wilkes Insurrection is set in the “here and now” – and race, gender and other forms of diversity are important areas for all of us to explore.

A: Since I began writing with character arcs, I had no real concept for how they would come together. And I certainly didn’t know how the last chapters of the book would play out.

With that said, fairly early on in the process, I wrote the prologue for the book – which is a scene that actually takes place very late in the plot – a taste of what is to come, so-to-speak. 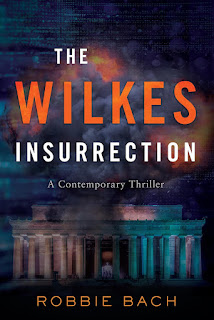 I wrote that scene without having any idea how the characters would actually get there. So from that point on, I was evolving the plot to get to that precise point.

My original work on the characters also included a number of letters, blog posts, news editorials, and speeches that they created. While almost none of that material directly survived into the plot, the finale of the story is heavily based on one of those speeches.

A: My research for the novel was one of the joys in writing The Wilkes Insurrection. While I have a background in technology and civics, almost every aspect of the story required me to dig into new areas. I interviewed and talked with a number of military men and women and received great feedback from them on the manuscript.

I also had a very diverse group of people read early versions of the manuscript to ensure that I was grounded culturally. I relied on several friends who work in the cyber community for feedback on the techno-thriller elements of the book.

I took a train ride on Amtrak and did a self-defined tour of the monuments area of Washington, D.C., taking many pictures which were helpful in my writing. I also met with almost every virtual reality startup in the Seattle area gathering market data and technical information.

In the end, what really surprised me is that key aspects of our day-to-day infrastructure are not well-protected or secured. And over the course of 2020 and 2021, that lack of security has played out in elections questions, cyberattacks, supply chain shortages, and other areas.

Q: As the leader of the team that created the Xbox, how would you describe the impact it's had on the world so far? Did you know it would become as popular as it is?

A: Xbox has far exceeded my wildest aspirations for what it has accomplished – both as a business and in the broader social context. We set out to create a strategic position for Microsoft in the living room and ended up participating in and accelerating an entertainment revolution.

Gaming has gone mainstream – it is social, it has spectators/fans/stars, and it interacts with the music, video, and sports worlds in incredible ways.

To be clear, Xbox was just one of the accelerants. Nintendo, Sony, Electronic Arts, Activision, Valve, Mojang (Minecraft), Epic, Roblox, and Unity are just the tip of the iceberg of companies that revolutionized gaming.

E-sports, VR/AR, mobile, in-game payments, Xbox Live and so many other new areas were born in the last 20 years. I’ve been away from Xbox for 10 years – and I barely recognize the industry today.

A: I am very involved in a number of civic organizations, in particular the Boys and Girls Clubs of America and the Bipartisan Policy Center. I will give roughly 50 pro-bono guest lectures this year to college students and nonprofit organizations discussing strategy development and managing change in a very volatile environment.

Finally, I’m the co-owner of a gluten-free pasta, ravioli, and flour company called Manini’s which is growing rapidly.

One last thing – I’m a new grandfather which is a very special “next step” for me.

A: I began writing The Wilkes Insurrection in late 2016 before the presidential election. I made a conscious effort to reflect what was going on in the country but pushed the envelope on the types of challenges my characters could face.

As I now reflect on what has transpired over the last five years, it’s quite remarkable how “real” the action in my book feels. Hopefully, because it is well written and well crafted – but also sadly, because it more closely matches a reality that I could have never imagined.