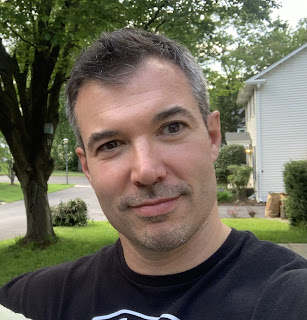 Cameron MacKenzie is the author of the new story collection River Weather. He also has written the novel The Beginning of His Excellent and Eventful Career, and his work has appeared in a variety of publications, including Salmagundi and The Michigan Quarterly Review. He lives in Roanoke, Virginia.

Q: Over how long a period did you write the stories in River Weather, and how did you decide on the order in which they'd appear in the collection?

A: I'm a little embarrassed to say that I've been working on some of these stories for over a decade, but the majority of them came about in the last four years or so, after I heard that my first novel was going to be published.

Once that happened, I got a surge of confidence—I suddenly felt that I wasn't a crazy person who locked himself away for hours every day to work on a pipe dream—and that confidence allowed me to put stuff on the page I wouldn't have considered previously.

I felt free to say "I know what I'm doing, I know what's good, and I can write good stuff." That was a big breakthrough for me.

Trying to determine the order of this collection was very tricky for me. I knew what would come first and last, but I thought about the rest of the order like an album, or the batting lineup for a baseball team.

After that, after you've got your points on the board and the reader hooked, you can get a little more complicated, a little more meditative, a little longer, but you also want to wrap up strong, with a good pop. As many mixed metaphors as I've got going on in there, that was honestly my thinking.

Q: The writer Ed Falco said of the book, "Not since the short stories of Raymond Carver have I read a collection so attuned to the more dangerous currents of masculinity." What do you think of that assessment?

A: It's funny—you sit down to write a story and you're just trying to write something honest and compelling. Then you write another one and another one. After a while you think you're trying to say something, or that you have something to say.

Maybe that impacts what you're doing in the moment, maybe not, but in any event, after you're done and you put all the stories together and you look at them all at once, you realize that they are something completely different than what you intended them to be, and yet, you're not surprised at all at what they truly are.

Years ago, when I realized I wanted to learn to write, Carver was the first writer I seriously studied. He was also one of the first writers I taught, and when you teach a story it really seeps into you. It changes you.

I think I was initially drawn to Carver when I was young because he explored themes that resonated with me—he talked about people I knew, and I think he became an unconscious guide for me.

Q: The stories take place in Northern Virginia. How important is setting to you in your writing?

A: This answer will reference the above answer a little bit. I THOUGHT I was always writing stories about the place I grew up, and I was, but not quite to the degree that I was writing about masculinity. 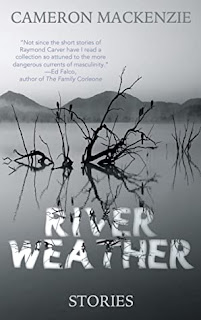 Nevertheless, I discovered almost the moment that I left Northern Virginia that I came from a place that was strange and alien to many people, so I chose to make that strangeness a central theme in my stories.

Northern Virginia was, and still is, a place where half of the population just pulled in; it's a brand new beginning for a lot of people, and they don't give a damn about anything that was going on before. Forests are being razed, subdivisions are thrown up in a handful of weeks, and money seems to be everywhere.

The driving force of that place is a wild-eyed rapacious capitalistic optimism—as though now, finally, in this untouched place, things are going to be done "right."

And then there's the rest of the people who live there, particularly the Latino workers who provide all the labor, as well as the rural white people who have been there for generations and are being steadily pushed out into West Virginia by the outrageous rise in the cost of living.

The more I began to dig into Northern Virginia, the more opportunities I saw for great stories, and the more I try to write about it, the more I learn new facets of the place that I called home for so long.

A: Oh what a great question. The thing about the river—the Potomac River—is that nobody even knows it's there. Nobody goes there. Nobody talks about it, but it's not three miles north through the trees.

The Potomac is a huge river, a very important body of water for a host of reasons, but the beehive of NoVa has no time or use for it.

And yet, the river determines everything, from the weather, certainly (the summer thunderstorms are epic), to the shape and the fertility of the land, to the ultimate strategic importance of the area that's brought people to it for thousands of years.

The river is the answer to the question that so few people want to ask in Northern Virginia, which is: "why?" Why here, why now, why this way?

No matter how much churn Loudoun and Fairfax counties experience, the river keeps moving, subtly shaping everything, outliving everything. It's like the forgotten, but persistent, god of the place.

A: I'm writing a novel that's a continuation of these themes, a story that's trying to chart a collision between the rural white population and the immigrant Latino population, both of which operate under the surface of the NoVa madness. It's a bit of a thriller, which is a new form for me. I'm wrestling with it as we speak.

A: A bit of a sidenote on Ed Falco's blurb: as I said, to be compared to Carver is tremendously flattering, but there's really something to the second half of what Ed says, insofar as there aren't many people writing short fiction about masculinity with depth and compassion, certainly not for the last several years.

I'm more than aware of the disgusting excesses of masculinity—I write about it all the time—and of course it's an easy target, but I think for writers to demonize masculinity or ostracize it or simply ignore it works to the detriment of the discipline as a whole.

Writers—artists—should be able to see all aspects of humanity with a special sensitivity, especially those that are most troubling, most damaging, and most in need of understanding.