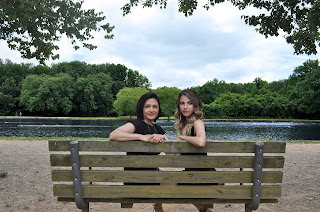 Steph Mullin and Nicole Mabry are the authors of the new novel The Family Tree. It focuses on a woman who finds out through an ancestry kit that she's connected to a serial killer. Mullin is a creative director for a digital marketing solutions company, and Mabry works in the photography department for a television network.

Q: How did you come up with the idea for The Family Tree, and for your character Liz?

A: Like the rest of the world, Steph and I had both been following the Golden State Killer case for years.

When he was finally captured using DNA Forensic Genealogy, we knew the world of criminal investigations had changed drastically and in turn, would cause a new trend in thrillers. We knew someone would write this book and we wanted to get there first, so we both dropped our solo projects and dove in.

Liz came from a mix of both of our cultures, some specific traits of our own that we knew we could expand upon, and a lot of research reading accounts of other adoptees who found out late in life that they were adopted.

A: There was an intense amount of research needed for this book, but thankfully, research is something we love to do.

One area we had to research was genealogy and how various relationship percentages would show up and connect using ancestry kits.

Luckily, we found a genealogist on Facebook who was willing to explain everything in detail. She was amazing and used her own family tree to show how a genealogical tree works, especially when you have muddled family histories.

The other large portion of our research was that we also needed to research FBI practices and how they would interact with our main character in a situation like this. We knocked on every door until we found an FBI agent who was willing to hop on a call and give us all the details we needed.

This was what surprised us most. He told us that a lot of books, TV shows, and movies get the FBI wrong, and they were OK with fiction taking creative liberties. But he was happy to discuss the true process with us so we could make it as realistic as possible.

The truth was that most of his job was researching and investigating from his desk, and that would be really boring for people to sit and read about or watch without some creative flair added. 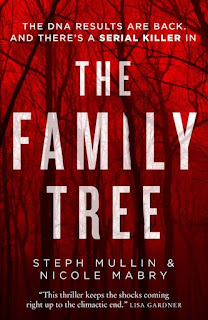 While he encouraged us to add our own spin, he was invaluable in guiding us on proper language, names, and procedure for the interaction between the FBI and Liz.

Q: How do the two of you collaborate on your writing?

A: This was the first thing we needed to tackle when we decided to co-author this novel: how would we divvy up the work and make sure our book sounded like one cohesive voice? We sought out advice from other co-author teams but unfortunately, their process didn’t lend itself to the structure of our novel.

So, we started from scratch, creating a very detailed outline so we could work independently since we do not live in the same state and have very different schedules from our day jobs.

Then we looked at the chapter list and started claiming chapters we wanted to write or felt excited about. After that, we were left with several more intimidating chapters, so we split those up until we had an equal number of chapters to write.

Once either of us was done with a chapter, we uploaded it to an online folder and the other writer would heavily edit and add to it before sending it back for a final sign off. This way, every chapter would be touched by both of us and be a blend of each of our individual skills.

A: When we started, we had an outline with the beginning and the ending laid out. We stuck to that for the most part until we landed our book deal. Our editor suggested several big changes, and one was about the ending.

We put our thinking caps on and after a few inspiring conversations with our beta readers, we came up with an entirely new ending that not only we loved, but so did our editor.

We also changed a fair portion of the FBI involvement after our chat with the agent to make it was more in line with reality.

We also weaved in a few additional sub-plots for character arc, but other than that, the bulk of the plot stayed true to our original outline.

A: We just finished our second novel, When She Disappeared, which will be out in the UK in all versions in March 2022, with a simultaneous e-book release in the US and the US paperback to follow.

This book is not a sequel and is very different than The Family Tree, leaning more into a character- and setting-driven psychological suspense. It’s a new style for us as writers, but we wanted to challenge ourselves to push the bounds of our writing and we really enjoyed digging into a new type of story.

In this book, our main character, Margo, returns to her small mountain hometown for the first time since her childhood best friend, Jessie, went missing 15 years before. After Margo returns, running away from a failed marriage, Jessie’s body is finally discovered.

A popular true crime show, similar to Unsolved Mysteries, that ended years ago comes back for a much-anticipated reboot. The crew returns to Margo’s hometown to cover the new evidence in Jessie’s case, pulling Margo into their investigation.

It’s very much a story of small-town secrets where it seems like everyone has something to hide.

A: Nicole also debuted an award-winning solo novel, Past This Point, in November 2019. Both Steph and Nicole have additional solo projects simmering that they hope to publish one day in addition to the Mullin and Mabry brand.

When not reading or writing, Steph enjoys spending time with her rescue puppy, watching movies with her husband, or trying out a new coffee shop. Nicole is a horror movie lover and watches over 100 horror movies each year for her annual top 10 list. She has a rescue dog and two cats.