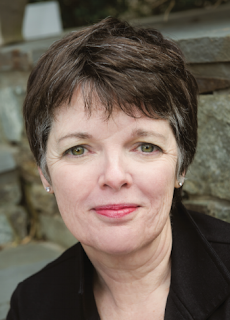 Alice McDermott is the author of the new book What About the Baby?: Some Thoughts on the Art of Fiction. Her eight novels include Charming Billy, winner of the 1998 National Book Award, and her work has appeared in a variety of publications, including The New York Times. She lives in the Washington, D.C., area.

Q: Why did you decide to write What About the Baby?

A: Most of these were assignments of one sort or another - many were craft lectures I was asked to deliver at the Sewanee Writers Conference, where I was on faculty for many years.  So this was never a book I decided to write, more one that accumulated.

The thing that I enjoyed about composing the lectures (which I knew I could always riff on, edit, change even as I delivered them) was the thought that they would serve only one, brief, purpose - something for an audience of writers and readers to consider for 45 minutes on a lovely summer morning - and then I could put them aside and get on with the real work of writing fiction.

But my editor knew I had a drawer full of these "put asides" and urged me to bring them together.

Q: How was the book's title--also the title of one of the essays--chosen, and what does it signify for you?

A: As I was editing the essays for print, I referred to the book only as “my craft book.” I suppose I said it with some dismay. In the past, I’ve worried when a favorite writer brought out a book about writing - does this signal the end of a career, or the waning of creative energy?

But then I recalled how the little anecdote I’d told in that essay - the origin of the question, What About the Baby? - became a kind of shorthand for workshop discussions. 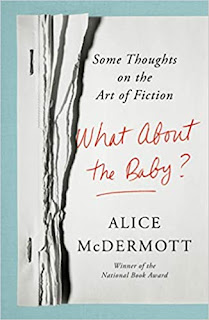 Writers in the workshop who knew the story knew exactly what was being asked when someone said of their work, “What about the baby?” It meant that a character had gone missing, or had been dismissed,  had been exploited for some effect, or had had their humanity diminished only to serve the author’s ends.

It was a question that was always followed by good-natured laughter, but it also made a point about what authors owe their characters and their readers. A workshop cry of the heart, you might say. Something that might be put to good use by other writing workshop leaders and participants.

So as I reconciled myself to publishing a craft book, I thought this might be a worthy title.

Q: The Publishers Weekly review of the book says, “Her love of fiction and its craft is apparent, and her advice is at once encouraging and direct: ‘I expect a lot of fiction—of mine and yours and everybody else’s.’ Within these pages, there is room at the table for all.” What do you think of that description?

A: Well, I’m grateful for that last line. I’ve been told by many aspiring writers who peruse them, that craft books can be either too ethereal or too obtuse.

After over 30 years of teaching writing, to writers of all levels of skill, I believe that the pursuit arises out of a love for fiction and its craft. A love for reading fiction sparks the impulse to write it.

I respect that, no matter the skill level of the writers or the depth and breadth of their reading life, or their education, or their ambition. So room at the table for all, of course. Isn’t that true of literature itself?

Q: Looking back over the years, do you think your own writing style has changed at all, or do you feel it's remained relatively consistent?

A: I feel I’m still working to discover my own writing style. Then again, style, for me, depends entirely on the story that’s being told, so in some ways one’s style is always changing.

But style - writing and otherwise - is also a product of who we are, which means a certain consistency is inevitable - whether we like it or not.

I’ve often quoted the poet Philip Levine to my students: “I write what it was given to me to write.”  I guess you could add, “in the style that is my own, alas.”

A: A novel. And another novel. Some short stories. Happy to leave behind the nonfictional first person singular of some of these essays. Enough about me, as they say.