Nicci French (the pen name for wife-and-husband writing team Nicci Gerrard and Sean French) is the author of the new novel The Unheard. Their many other novels include the newly reissued What To Do When Someone Dies. They live in Suffolk, England.

Q: What inspired you to write The Unheard, and how did you create your character Tess?

A: We spend much of our lives talking about possible ideas. Could this be a thriller? We have to find something that hooks both of us and won’t let us go, something we want to live with for a year.

We remembered when our children first went to nursery school and would come back with some scrawled drawing. We would ask them what it was and they would give some strange explanation. We suddenly thought: what if one of those drawings seemed to show that the child had witnessed a murder? What would happen next.

It was clear what Tess, the little girl’s mother, needed to be. This is a story about everyday vulnerability. How much do we really trust those closes to us?

Tess is a single mother, just out of a failed relationship, and quite fragile. She is her child’s sole protector. And then she has to face the possibility that a terrible crime has been committed and that her child is the only witness - or that she is being so overprotective that people close to her will think she is unstable. 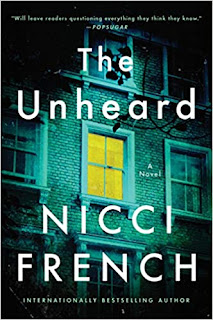 Q: Why did you decide to make Tess's daughter Poppy 3 years old?

A: Poppy’s age was crucial. It’s at that strange moment in your life when the child leaves the house and starts to have a life slightly separate from her parents, with her own friends, her own experiences.

But she is still too young to give a coherent account of them. She’s too young to be a reliable witness, and there’s a very porous boundary between her vivid imagination and reality.

A: This is the story of a little girl who is trying to communicate [something] horrible but nobody can quite understand what it is. And it is the story of a mother trying to fight for her daughter, but she is surrounded by people who think is wrong or misguided or mad.

The Unheard felt like this perfect description of this dark situation.

Q: Your 2008 novel What to Do When Someone Dies was re-released this year, and the Publishers Weekly review of the book says of your main character, “Obsessed, embroiled in deception, and unable to move forward, Ellie may destroy her own life before she understands [her late husband] Greg’s.” What do you think of that description?

A: It feels right. We’re fascinated by what might be called the madness of ordinary life: the madness of falling in love, of being the perfect mother, or of trying to deal with the sudden death of your partner. 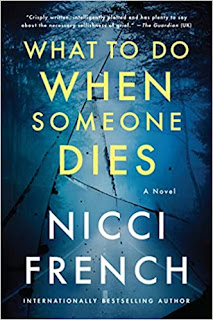 In this book, Ellie has to mourn her dead husband while investigating whether he is the man she thought he was. We’re also fascinated by people who are willing to risk everything, their sanity, even their life, to get at the truth.

A: The starting point of the book after The Unheard is a young woman who meets her first love after a gap of 11 years. He asks her to do a simple favour for him and she says yes, instantly. It turns out to be a very bad decision.

It’s an idea we’ve talked about for years, the thought that you might owe someone for something they did for you in the past and when the time comes to repay them, you have to do it, whatever the cost.

A: Everyone should know that we’ve taken a solemn vow never to write a thriller featuring the pandemic.