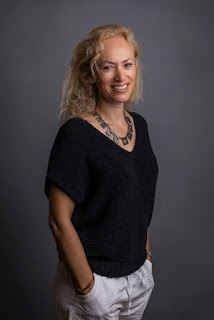 Louise Fein is the author of the new historical novel Daughter of the Reich. She lives in Surrey, UK.

Q: You've noted that Daughter of the Reich was inspired in part by your father's family history. How did you end up creating your character Hetty?

A: Hetty as a character rather arrived in my head as a fully formed person. She is feisty and fiery, a little impulsive, but also smart, thoughtful and caring. Characteristics she would have needed in order to survive in the world she had the misfortune to grow up in.

I decided to tell this story from the perspective of a young girl who had been brainwashed into the Nazi ideology from a young age for two main reasons.

Firstly, because I felt the female experience of growing up on the “wrong” side as it were, has been rarely explored, but also because it was the young in particular who were targeted by Hitler. They were, at least relative to adults, the easiest to brainwash and influence.

Hetty being so young also makes it easier as a reader to understand and sympathize with her, despite in the early stages of the book her holding some reprehensible views, which she acquires through no fault of her own.

Q: How much did you know about your father's life as a Jewish person in Germany as you were growing up, and what kind of research did you need to do to write the novel?

A: I knew very little about my father’s early life. He did not speak of his experiences of living in Germany and as he died when I was only 17, I never got the chance to discuss any of it with him as an adult. 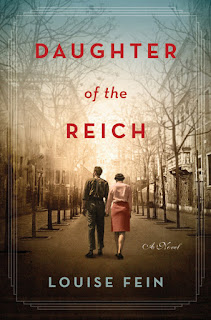 My research began with general reading of both fiction and nonfiction of this time period, and anything I could get my hands on about Leipzig. I visited Leipzig with my half-sister, who was researching the family history at the time, and we met with experts of the Nazi period whilst we were there.

I also listened to the memories of survivors and read accounts told from both sides. I tried to read as many contemporaneous accounts as possible of the time period, which gave me a view without the benefit of hindsight. These included family archives of letters, diaries, journals and official documents.

A: Interestingly, yes! The ending of the book never really changed. There were a few tweaks of course but essentially, it is the same ending that I first envisaged. That cannot be said for the beginning. I changed the early scenes in the book numerous times!

A: I hope that readers will consider how easy it can be to indoctrinate hearts and minds. How, by being in echo-chambers which enforce and re-enforce the same messages, it is very easy to believe they are truth and right. That we must be prepared to listen to dissent and to have open discussion with people whose views are different to our own.

I hope people will see how fragile freedom really is and how quickly democracy can fall if it isn’t protected.

And above all, I hope people will remember that we are all human, and that there is far more about us that is the same and which connects us, than that which is different and divides us. Also, I hope to emphasis the strength in the power of love, and of kindness to one another.

A: I am currently working on another historical fiction novel, although this one is set in 1920s England. It is rather different to my debut, but, I hope, another thought provoking novel, which also has some difficult themes, but definitely some messages of hope and positivity too!

A: I write a regular blog and a quarterly newsletter which can all be found on my website, https://www.louisefein.com. If you subscribe you will receive a free WWII themed short story!

Also follow my author page on Facebook, https://www.facebook.com/louisefeinauthor/ for bookish news, short videos, and upcoming events. I can be found on Twitter as well at: https://twitter.com/FeinLouise.