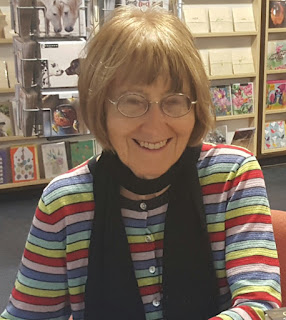 Janet Todd is the author of the new novel Don't You Know There's a War On?. Her other books include Radiation Diaries and A Man of Genius. A former president of Lucy Cavendish College, Cambridge, she is based in Cambridge, UK.

Q: How did you come up with the idea for Don't You Know There's a War On?, and for your character Joan?

A: The immediate inspiration was from childhood: the memory of a mysterious house where a widow lived with a grown-up daughter who’d suffered a “breakdown” and returned home. The curtains were closed whenever I passed, and I never saw either woman.

The claustrophobia of the lives they must have led haunted me. The pair seemed an image both of strangling motherhood and of loneliness.

In my novel my main aim was to make an unlikable character understandable. I was living abroad through most of the 1960s and all the 1970s when my book is set, and I based my protagonist Joan on women I encountered briefly on my trips to England. Once she’d been “born,” I found her irrepressible: her voice spoke quite clearly to me!

Q: In the acknowledgments, you note that the novel "has had a long gestation." Can you describe how you created this novel?

A: I always wanted to be a novelist and, during the years when I was primarily an academic writing biography and criticism, I started many novels but never gave myself time to finish and revise them. 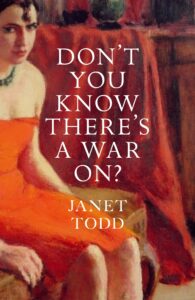 This one was begun in the 1980s just after I returned to England. Having been abroad so long, I was the more struck by the snobbery and class obsessions of my native country.

Coming from liberal American academia, then dominated by considerations of race and gender (though not class), I was impatient with those I met who seemed unable and unwilling to accept post-war cultural changes or to take on board England’s diminished position in the world. When I came to rewrite the book, however, I felt more interested in understanding than in condemning.

Q: How would you describe the relationship between Joan and her daughter, Maud?

A: As a mother, Joan seems to us now quite appalling in her insistence on complete domination. Yet she was not entirely untypical of women in her time.

In the 1940s and ‘50 the guru of motherhood and parenting was Truby King. He stressed that children should, above all, be taught self-control or they would grow up spoilt, needy, and even criminal. Babies had to be fed on a rigid timetable, toilet trained quickly, and not picked up or cuddled when they cried. 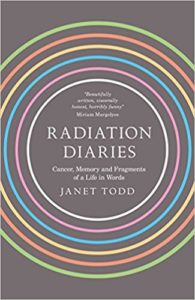 Joan has an acute sense of duty and she does her duty to Maud as she sees it. I wanted to paint a picture of mothering in the pre-Spock era before indulgence and protection became the norm. To us Joan’s 1950s sort of mothering may seem repellent, but I hope I have made it comprehensible in the context of the time.

A: The phrase “Don’t you know there’s a war on?’ was used constantly during the Second World War whenever someone complained of bad service or incivility. My mother used it in a jolksy way as I was growing up. It struck me that the post-war period continued a kind of warfare, cultural rather than military.

A: I have been rather floored by my book’s coming out at the wrong time! The launch was set for just before lockdown, the actor Miriam Margolyes was engaged to do readings, and the wine was bought!

I was very disappointed as I’d like to have seen whether people engaged with the anger and savagery (as well as humour) of the book. Now of course we are all in our homes--not quite like Joan and Maud but nonetheless confined—happily in kinder times and with far better food! 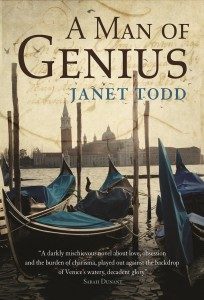 I am still fascinated by misfits and outliers, but I don’t want to create another character with so definite and fierce a voice.

In my two recent novels I have not used my own particular memories—and I would quite like to do that now, while sticking with fiction.

As for setting, I want to investigate something quite different from the Venice of A Man of Genius and the Midlands of Don’t You Know There’s A War On?--the great man-made reservoirs that drown villages for the benefit of towns far off.

A: We are living through strange times, but for writing, researching people, life is not so very different from what it ordinarily is--except that there’s more cooking, cleaning, mending and gardening than usual or desirable!

Like other elderly Luddites I have had to try to come to terms with WhatsApp and Zoom and I wonder what the effect of this communication will have had on us when we are let out.

My generation is much impressed by younger people taking Selfies in front of the wonderful in art or nature rather than looking at it. Will we emerge from this lockdown addicted to seeing the world and people on a screen?