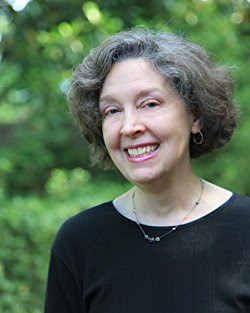 Catherine Reef is the author of the new young adult biography Sarah Bernhardt: The Divine and Dazzling Life of the World's First Superstar. Her many other books include The Strange True Tale of Frankenstein's Creator, Mary Shelley and Victoria: Portrait of a Queen. She lives in Maryland.

Q: Why did you decide to focus on Sarah Bernhardt in your latest young adult biography?

A: I am interested in the creative process and had written about artists in various fields, about writers such as the Brontë sisters and Mary Shelley, for example, and the painters Frida Kahlo and Diego Rivera.

When I decided to write about someone from the world of theater, Sarah Bernhardt was the ideal choice. She was a skilled actor and she lived an eventful life, offering me a compelling story to tell.

Bernhardt’s beginning was unpromising. She was the child of an unmarried courtesan who showed her little affection and, early on, her headstrong, impulsive nature worked against her. But she refused to be defeated by herself or anyone else and went on to dominate French theater in the late 19th and early 20th centuries and to win fans throughout the world.

She was also a great patriot who in 1870, in the midst the Franco-Prussian War, turned a shuttered theater into a hospital for wounded soldiers. During World War I, she was one of the first performers to entertain troops on the front lines of battle—at age 70 and after having a leg amputated.

She was a sculptor, painter, and best-selling author, and she was a proud single mother. If I had to choose one word to describe Bernhardt, it would be heroic.

Q: What do you see as Bernhardt's legacy today, and are there any current stars whose celebrity resembles hers?

A: Bernhardt acted almost exclusively onstage, so except for the few silent films in which she starred, her acting is lost to us. We must rely on contemporary accounts to reimagine her ephemeral artistry. 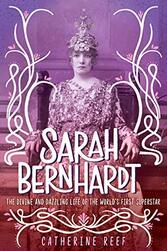 She did leave her mark on some of her most famous roles, though. For years sopranos starring in Puccini’s Tosca, for instance, based their performances on Bernhardt’s in the Victorien Sardou drama that inspired the opera. But her acting style, praised as natural and unaffected in her youth, came to seem old-fashioned and affected to later generations of theatergoers.

Maybe her legacy was more of a feminist one, because she demonstrated that a woman could live successfully and independently outside the boundaries that her society had placed on female behavior. She was also a role model for other women in all the art forms she pursued.

Is there a modern Sarah Bernhardt? Any number of gifted actors are working today, but none prevails over theater or film as Bernhardt did in her time.

Since her death, some performers have attained worldwide fame and have drawn crowds and made headlines wherever they went. Marilyn Monroe and the Beatles come to mind. Others have known how to generate publicity through eccentric dress and behavior, as Bernhardt did. Think of Lady Gaga.

We have also seen celebrities excel in multiple branches of the arts. Ethan Hawke, known best as an actor, has published novels and been a documentary filmmaker. And the much-honored writer Maya Angelou could sing, dance, and act. 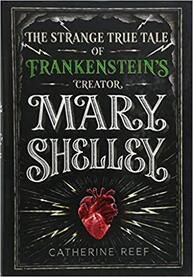 What is more, quite a few actors have been politically active. Mia Farrow, a tireless UNICEF Goodwill Ambassador, is just one. I cannot think of a single star possessing all those attributes except Bernhardt, however. She remains one of a kind.

Q: How would you describe the relationship between Bernhardt and her mother?

A: The relationship was a troubled one. Bernhardt’s mother, a courtesan who went by the name Youle Van Hard, was ill-equipped for parenthood. She was a teenager when she gave birth to Sarah and kept the child at a distance as much as she could, leaving Sarah first with a paid caregiver and later at boarding schools.

Of her three daughters, Van Hard showed affection only to the middle child, Jeanne. She pushed away Sarah and the youngest, Régine. During those periods when Sarah was in her care, Youle was hypercritical, calling Sarah ugly, stupid, and ridiculous.

Of course, Youle Van Hard was not all bad. For example, when pregnancy kept Sarah from performing onstage, Van Hard fed her dinner each night.

Many daughters might respond with hostility to such a mother, but from childhood Bernhardt adored Van Hard and tried to win her love. When Van Hard died, in 1876, Bernhardt mourned both for the beautiful mother she had lost and for the close parent-child relationship that she had longed for but would never have.

Q: What do you hope readers take away from Bernhardt’s life story?

A: My book offers an enjoyable reading experience and an exploration of the life and times of an extraordinary woman. Whatever knowledge or insight readers take away from it will depend on their interests. 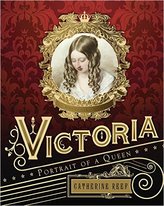 Sarah Bernhardt’s story shows us the value of perseverance because acting did not come naturally to her. Rather, she had to work hard to develop her skills. She could have given up when she received bad reviews or failed to meet goals she had set for herself, but instead she continued to learn and practice, so that her next performance would be better.

In addition, she returned to the stage after setbacks that would have caused others to quit, such as a fire that destroyed everything she owned.

Bernhardt had a wonderful personal philosophy. She vowed to take life as it came, good and bad alike. She adopted as her motto the simple French phrase quand même, which means “in any event,” or “even so.” Fire or good fortune, she would carry on, quand même. It reveals enormous courage and confidence.

A: I have started work on the biography of another remarkable woman. She was born a century before Sarah Bernhardt, and her fate was determined more by historical events than by anything she did to influence the course of her life, but her story is no less worth telling—in fact, it is fascinating and surprising. This project is still in its early stages, so stay tuned!

A: That every life involves challenges and disappointments is one of the lessons biography teaches. Discovering how a subject faced life’s roadblocks can be instructive and inspirational, as we may recall those incidents when confronting difficulties of our own.

I have been thinking about this quite a bit lately, as the threat posed by the coronavirus looms over us all, and I want to remind readers that biography can be a literary source of comfort and insight.

Would it help to stay the course and push through, as Florence Nightingale did when she had to defy the narrow expectations imposed on women by her family and society? Or have circumstances made one’s original goal unattainable, and is it wiser to cut a new path, like Frida Kahlo dropping her plan to be a doctor and taking up painting after being critically injured in an accident? How would it be to adopt a philosophy like that of Sarah Bernhardt?

Biography reminds us that we are never alone in our struggles.