Q&A with Hazel Prior 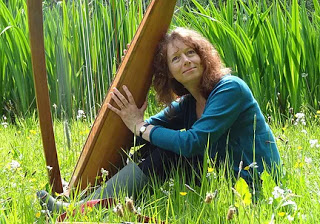 Hazel Prior is the author of the new novel How the Penguins Saved Veronica. She also has written the novel Ellie and the Harp Maker. A harpist, she is based in Exmoor, England.

Q: How did you come up with the idea for How the Penguins Saved Veronica, and for your characters Veronica and Patrick?

A: It all started with penguins. My debut novel, Ellie and the Harp Maker, was published last year by Penguin and that gave me the idea of a story that centered around these quirky birds.

Penguins were also in my head because of a close friend whose own story impressed me. A few years ago her husband died very suddenly and she devised an unusual strategy for coping with her grief: she made it her mission to travel the world taking photos of penguins!

How The Penguins Saved Veronica is a completely different story but I loved the idea of redemption through penguins.

I wanted an older woman for my protagonist. I know several people in their 80s who are up for adventures and I think the older generation is under-represented in literature. Veronica’s age means she’s lived through very different times, including a war.

I thought about how closed and bitter a person might become if something tragic happened to them early on in their life…but how years later they might begin to open again – especially if they met a load of penguins!

I decided my other main character, Patrick, should be somebody Veronica instantly dislikes. Youth culture, drug-taking and sloppiness had to be in the mix, along with qualities Veronica only discovers later. 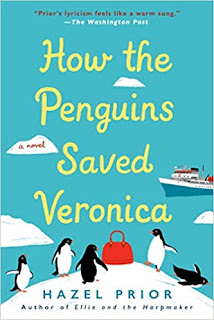 A: There was a lot of research, yes! The two main areas were wartime Britain and penguins.

As well as on-line archives and my local library, I remembered details my mother told me about being a teenager in wartime, e.g., going to school in a horse-drawn milk cart and seeing Italian prisoners-of-war working in the fields; she was surprised (and so was I) at the freedom they were allowed.

For the penguins, I spent happy hours watching footage on YouTube and read several books from cover to cover. I discovered blogs on the British Antarctic Survey website written by scientists who study penguins in the Antarctic South Shetlands, so that was incredibly useful.

I visited some real penguins, too, at a sea-life centre in Torquay and found out how to hand-rear a baby penguin from the staff there. In the wild, penguins live in huge colonies – thousands of them together in a smelly, noisy, bustling community.

I was also amazed when I learned about their romantic gestures. A boy penguin will often give a girl penguin a pebble as a special gift. How lovely is that?

Q: The Kirkus Review of the book calls it "a story about the importance of family and love and how memories might remain long buried but, once they surface, can be just as distressing or joy-inducing as when they first occurred." What do you think of that description?

A: This is partly what the book is about. Family and friendship are explored, along with caring in its different forms. The Kirkus review has picked up on the importance of memories and how the past can shape us.

There are also other elements in How the Penguins Saved Veronica: environmental issues, ageing, addiction, how we often leap to judge each other, the changing values of society, persistence and survival in the face of hardship…

These are serious underlying matters but the story and characters are just as important. It’s a fun and (hopefully) uplifting read. 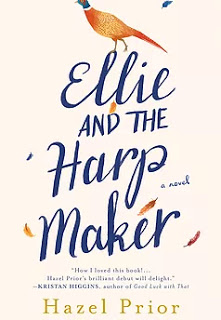 Q: What do you think the story says about the issue of climate change?

A: The ice melt in the Antarctic is destroying the penguins’ habitat. It is a sad fact that many penguin species are endangered, along with thousands of other animals and birds on our planet.

Climate change is an issue that Veronica and the scientists can’t ignore because they care so much about the penguins. I care, too, but it’s my job as a novelist to entertain and not to preach, so I have tried not to get too heavy about this.

I’ve referenced it, though, and used it as a thought-provoker. I hope it adds another level of significance to the story.

A: I’m on my third novel! I’m getting quite excited about it. Again, I’m writing the sort of book that I’d like to read, with quirky characters, a setting I love, some emotional impact and a bit of intrigue. There’s a canal boat and a cat – but I’m not saying anything else yet…

A: I’ve always loved penguins but I admire them even more now. So after I finished the book I wrote a song in honour of penguins (with harp accompaniment) called “Waddling On.”

Not only are penguins charming and funny; they are incredibly resilient. They experience the harshest conditions on the planet and yet they take on every challenge with courage, cheer and gusto.

During our current world crisis, I think penguins set us a wonderful example. Like them, we need to cooperate, support each other, take each day as it comes…and just keep waddling on…

--Interview with Deborah Kalb. Here's a previous Q&A with Hazel Prior.