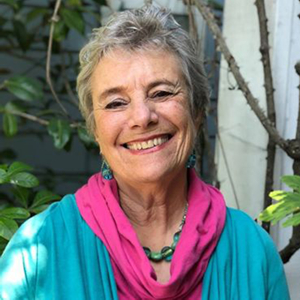 Lea Lyon is the author, with Alexandria LaFaye, of the new children's picture book Ready to Fly: How Sylvia Townsend Became the Bookmobile Ballerina. It focuses on the dancer Sylvia Townsend. Lyon also has illustrated many picture books. She lives in Richmond, California.

Q: Why did you decide to write a children's picture book about Sylvia Townsend?
A: I first heard about Sylvia Townsend when a friend called me and said “Lea, I have a picture book for you.”  She had been taking a tap-dancing class from Sylvia at the local senior center. She had just given Sylvia a ride home and heard the story about how she had taught herself to dance with library books from the bookmobile.

I agreed that the story had all the elements to be a picture book and asked to meet Sylvia.

A: I was invited to Sylvia’s studio to meet her and recorded a two-hour interview with her. She is quite a storyteller and I learned so much about her life and her childhood. Enough for several books, in fact.

I showed her a few published trade picture books I had illustrated and she and her daughters, whom I also met, agreed to let me write her story and try to get the book published.

Everything she told me was surprising as I learned a lot about what it had been like for an African American girl living in Richmond in the ‘50s. I wasn’t living here in Richmond then, and it was eye-opening. 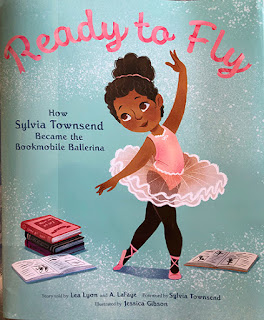 It also turned out that Sylvia was quite a jazz singer as a teenager who could “scat like Ella.” There is a middle grade novel in that part of her story. Maybe I’ll write it someday.

Q: As an author and illustrator, do you have a preference for one part of the book creation process?

I was planning to illustrate Sylvia’s book as well, and did all the drawings for the book dummy. I was using the daughter of a friend/colleague, Alexandria LaFaye, as a model, even though they live in Illinois and I live in Richmond, California, where Sylvia lives.

I would ask Alexandria if she would have her adorable daughter pose in certain positions and take a few photos to email to me. I either described what I wanted or sent her photos of my granddaughter, who was too old for the part, acting out the pose.

Apparently, I never told her what this was for, so she finally asked me and when I told her Sylvia’s story she got quite excited. She said she would so love to be involved in a book project with her daughter in the illustrations. I asked if she wanted to collaborate with me on writing the book. She did.

I ended up not illustrating the published book. The editor wanted a black illustrator as neither Alexandria nor I are African American, although her daughter is. That was perfectly fine with me, and we love the illustrations Jessica Gibson did for our book. So, Alexandria’s daughter wasn’t in the book after all.

Recently I have been doing more writing than illustrating and love it.

Q: What do you hope kids take away from Ready to Fly?

A: I find Sylvia’s story so inspiring and hope kids will too. She was a spunky girl who didn’t give up when it seemed as if there was no way to take ballet lessons, to follow her dream of being a ballerina. She got creative and found a different way to learn to dance.

And even when her hopes were dashed when she learned that “ballet was for white girls,” she kept on teaching her students, who, for the same reason, couldn’t learn any other way.

This book also introduces children to bookmobiles and reminds them of the wonder that is the library and library books and how useful they can be.

A: I am currently writing a YA historical nonfiction book about African Americans during World War II and the black press.

There were hundreds of black-owned newspapers around the country then which allowed blacks to read stories about people like them, positive and inspiring, as well as pointing out the discrimination that should be fought. Other newspapers wrote for white audiences only and tended to only mention African Americans in relation to crime.

One focus of the book is how a black newspaper campaign, the Double V campaign, helped lead to the desegregation of the armed forces in 1948.

I have discovered that I really enjoy writing nonfiction and for middle school and older kids. My agent will soon submit my proposal and the first few chapters to editors to see if someone wants to publish it. She is very encouraging about this project.

A: I have an MBA in marketing, which has helped me navigate this children’s book world, which I entered rather late. I am an active member of SCBWI, the Society of Children’s Book Writers and Illustrators, and for 10 years was the Illustrator Coordinator for the SCBWI San Francisco/South region.

During those years I organized and ran an annual Illustrator Day conference which, by the time I left the post, had 80-90 children’s book illustrators in attendance each year.