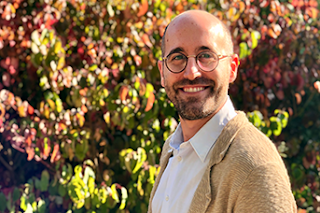 Daniel Lee is the author of the new book The S.S. Officer's Armchair: Uncovering the Hidden Life of a Nazi. He also has written the book Pétain's Jewish Children. He is a lecturer in modern French history at Queen Mary, University of London.

Q: You note that you learned about Robert Griesinger, the subject of your new book, through an unlikely set of events. At what point did you decide to write about his life?

A: That’s right. I first learned of Griesinger and the mystery of his hidden documents over a dinner I hosted while living in Florence.

Veronika, who is the daughter of the armchair’s current owner, told me that an upholsterer in Amsterdam had recently discovered Griesinger’s swastika-covered papers while carrying out restoration work for her mother.

From the moment I met Veronika I knew I wanted to tell Griesinger’s story.

To understand the inner workings of the Third Reich, we need to know not just its leaders, but the ordinary Nazis who made up its ranks, whose role in war and genocide have vanished from the historical record.

And what better way to do that than through the lens of a single object that everyone can imagine and relate to.

Q: The book intersperses descriptions of your research with the facts you uncovered about Griesinger's life. What did you see as the right balance between the two as you were writing the book?

A: My research method was not entirely conventional.

Faced with new questions about a period of history we think we know so well, it involved cold calling everyone with the last-name Griesinger in the Stuttgart phone book, and visiting dozens of chair-makers and furniture-sellers in Prague’s Old Town hoping to establish where the armchair that hid the Nazi-era documents had been manufactured and what I could of its intended buyer. 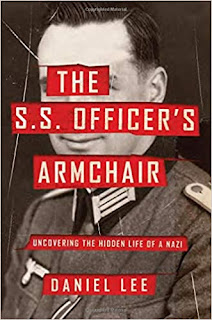 By sharing my journey with the reader, I hope to offer a more complete picture of how a historian accesses and uncovers new material, while also being honest about some of the silences, rabbit-holes and dead ends. It is an integral part of the book.

Q: Griesinger's family tree included an American branch in New Orleans. What do you see as the connections between the culture of slavery in the American South and that of the Nazi regime in Griesinger's belief system?

A: Griesinger’s father, Adolf, was born in New Orleans, and his ancestors first arrived in Louisiana in the 1720s. Griesinger’s American background challenges commonly held conceptions of German identity during the Third Reich. It also shows international influences on ordinary Nazis.

Adolf Griesinger came from a family that owned enslaved people. He brought with him to Germany ideas on white supremacy and racial thinking that coalesced with Nazi racial thought to shape Griesinger’s worldview.

When the Nazis took to the streets decades later, openly espousing similar views on race and miscegenation, Adolf Griesinger could draw a connection to words and actions already familiar from his youth and the world of his parents.

He was not alone. During the mid-1930s scores of leading German lawyers looked enthusiastically to the United States for inspiration on how best to implement their new racist order. As recent studies show, most found the American system too racist to attempt to replicate in Nazi Germany.

Given the Nazis’ insistence that black people were among the lowest elements in the new racial hierarchy, Griesinger would have been appalled to discover the existence of Marshall Honoré Jr., a living black relative.

Honoré, whom I discovered living in Baton Rouge in his mid-90s, was a direct descendant of Catalina, the mixed-race daughter of Griesinger’s ancestor, Jean Baptiste Honoré Destrehan de Beaupré (1700–65) and Geneviève, a woman enslaved on his plantation.

Marshall Honoré Jr. grew up in racially segregated Louisiana at the same time his distant cousin worked at the Gestapo.

Q: What did you find especially surprising as you conducted your research, and what do you hope readers take away from the book?

A: To my surprise, my book shows that it is possible to trace the life of nameless and faceless ordinary Nazis whose identities were thought to be lost.

It also shows the extent of their involvement in the horrors of the Third Reich. 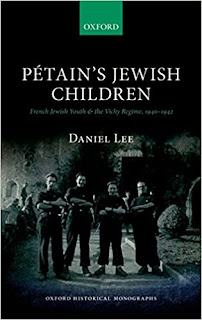 Ordinary Nazis such as Robert Griesinger entered into loving personal relationships and made professional decisions to better themselves and their families. Many had doting mothers and complex personal lives.

Even if the distress Griesinger inflicted never reached the heights of more prominent desk murderers such as Adolf Eichmann, he and thousands of low-ranking officials like him were active participants in Nazi terror.

Post-war claims of not having known about the fate of the Jews disappear when confronted with the evidence. Robert Griesinger knew what was going on.

My book also shows that most SS men were not part of mobile killing units, nor did they work as guards in concentration camps or extermination camp. For most, SS membership was a part-time pursuit.

Thousands of businessmen, teachers, doctors, and lawyers who carried out their SS duties, when called upon, were able to put the Nazi messages and propaganda they encountered in meetings to the back of their minds, at least temporarily, as they focused on more pressing tasks.

If Griesinger’s case is any judge, most SS members did not live up to the stereotypical image of an SS officer – someone who was entirely dedicated to forming the elite of German society.

In 1936, in preparation for an annual rally, 20 members of an SS troop spent an hour and a half peeling potatoes. At the end of the 90 minutes, they had successfully peeled 12!

A: I am currently working on two projects. The first is the history of Jewish prostitutes and pimps and the second is a history of the Jews of North Africa during the Second World War.

A: I also hope readers will take note of the impact of Nazism on the children of perpetrators.

One of the most important parts of this research was meeting Griesinger’s two daughters, Jutta and Barbara.

Because Griesinger had died in 1945, they had grown up without a father. They knew nothing whatsoever of his Nazi past, but wanted to learn from me the extent of their father’s involvement with the party. The loss of their father at such a young age affected them for the rest of their lives.

After the war, the trauma of the Third Reich was wrapped in an oppressive silence that became habitual over the course of generations. Most German parents covered up their earlier consent for Nazi rule and passed these mental habits on to their children.

Without necessarily realising it, their parents’ actions shaped the lives and relationships of Griesinger’s daughter’s generation, giving them an uncertain sense of security and identity.

Jutta, the older daughter, told me that by filling her in with details of her father’s choices and decisions under the Third Reich, I was giving her back a missing piece of her past.