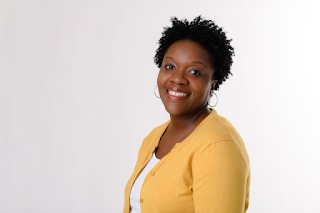 Donna Hemans is the author of the new novel Tea by the Sea. She also has written the novel River Woman, and her work has appeared in a variety of publications, including Caribbean Writer and Crab Orchard Review. Born in Jamaica, she lives in Greenbelt, Maryland.

Q: How did you come up with the idea for Tea by the Sea, and your characters Plum and Lenworth?

A: I think of the origin of the book in three stages, or three acts.

First, I had an idea for a story set in a church with a random group of people who refused to leave. But I didn’t yet know what drew them to that specific church.

The second piece was totally unrelated at first. I started writing about a mother getting her daughters ready for school, and running through a litany of things—from combing hair to packing lunch to wiping up a spill on the floor.

She dropped off the girls, got to the subway steps and stopped. Instead of going on to work, she headed to the church. And of course, I was intrigued. I wanted to know why that church and what would make her leave.

Not long after writing that part, I was in Jamaica. One of the radio stations hosts a Sunday evening call-in program called Sunday Contact. People from all over the island and elsewhere call in to make contact with people with whom they’re out of touch.

That particular Sunday a mother called in looking for her son, who was about 8 at the time. The boy’s father had taken the child, but she didn’t know where they were, whether they were still in Jamaica or living here in America or elsewhere.

And when I heard that, I knew that was my story. That was why the mother went to that church and refused to leave. 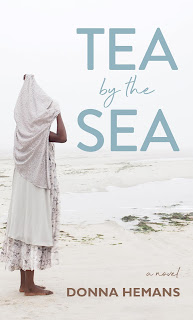 I knew I wanted to write about the mother’s search, and Plum and Lenworth came together as characters after that.

Q: The book alternates between Plum's and Lenworth's perspectives. Did you write the novel in the order in which it appears, or did you focus more on one character before turning to the other?

A: The current structure of the book wasn’t what I originally had in mind at all.

I’d originally intended to begin the story with the very first part I wrote showing Plum heading to the church, and have the story unfold over the next 24 hours with Plum’s, Lenworth’s and Opal’s points of view.

Two or so drafts in, after sitting down with an editor, I realized how that structure with flashback upon flashback, slowed the story’s momentum. So I shifted, going from a 24-hour timeframe to a 17-year timeframe. Removing Opal’s point of view also reinforced that this was Plum’s and Lenworth’s story.

When I work on a project, I tend to move around within the story quite a bit—building the plot and the characters as I write. What I discover about one character impacts what I write about another. So I write about each simultaneously.

In this case, once I heard the mother’s story on the call-in radio program, I began almost immediately to build Lenworth’s story.

A: I sometimes jot down words I think would make a good title for a story. And that’s what happened here. I wrote “tea by the sea” in my notebook and figured that at some point I would find a story to go along with it.

Initially, I didn’t see how tea by the sea connected to a mother searching for her child. But figuring out the connection was quite frankly one of those cartoon lightbulb moments. 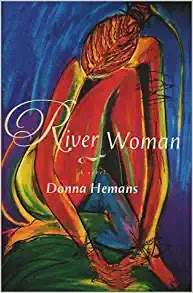 Generally, I like to have a title in mind early on in a project because it helps me anchor the story. I think of the title as a thread on which most everything that happens hangs and I ask myself over and over, how each new thing I write connects.

Q: The book takes place in Jamaica and in the United States. How important is setting to you in your writing?

A: Setting is always important. It changes so much about what goes into a story and how I fold in each plot point.

With this book in particular, the primary setting in Jamaica is an abandoned house in Anchovy, a little town about eight miles from Montego Bay. It’s the town in which my father grew up, and the house I describe is my grandparents’ house.

There’s been a lot of discussion among my father’s siblings about what to do with the property and who will continue to take care of it. With so many of my family members living outside of Jamaica, I suspect it won’t be long before it is sold, and the one thing my grandparents left behind is gone from our lives completely.

The house is significant in a number of ways. My grandparents were born in the 1890s, not very long after slavery was abolished in Jamaica. Owning and passing on property to the next generation was significant for them, and a generation later we are about to lose that place.

I think about that often, and I think of fiction as one way of preserving my heritage. In this case, I wanted to preserve my grandparents’ house in writing.

A: I have two other books I started working on before I wrote Tea By the Sea. I’ve returned to both of those with new eyes. I see the stories differently and I now know how to revise them and tell the stories that I have long wanted to tell.

A: 2020 has been quite a year, and given the current focus on how America treats black and brown people, one of the questions I’ve been asked is what should Caribbean and black writers in general be writing now?

There’s a strong pivot toward books about anti-racism and books that are overtly about race relations. Those books and stores are extraordinarily important. And the stories about our ordinary moments, our communities, our lives, are just as important.

What should we be writing and reading? Everything. Our stories should reflect our whole lives, not just a slice of our suffering.