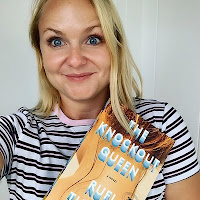 Rufi Thorpe is the author of the new novel The Knockout Queen. She also has written the novels The Girls from Corona del Mar and Dear Fang, With Love. She lives in California.

Q: How did you come up with the idea for The Knockout Queen, and for your characters Bunny and Michael?

A: I started with Bunny.

She is actually a character who has lived in my mind for a long time, a kind of super-sized athletic Valkyrie, but when we were moving to El Segundo, I kept seeing that almost every house for sale was represented by the same realtor, and I just thought: who is this guy? 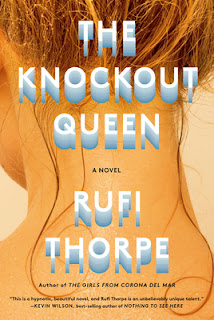 And then I thought: What would it be like to be that man’s daughter?

And those two ideas came together: a tall, physically powerful girl with a morally flexible realtor dad.

Q: The Kirkus Review of the book says, “Thorpe takes a familiar plotline—a pair of teen misfits form an unlikely but life-altering friendship—and turns it into an arrestingly original, darkly comic meditation on moral ambiguity.” What do you think of that description?

A: I think it’s a very apt description. The book started as an exploration of female violence, but quickly became about judgement and punishment, how to hold each other accountable, shame, guilt, desire, the unruliness of the body. 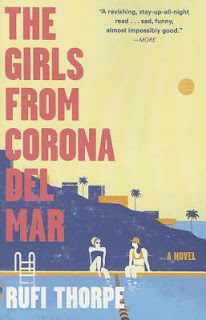 A: One of the characters has a kind of public persona named The Knockout Queen, so it is literal in that sense, but I also love the word queen, both for its drag connotations and for the image of a powerful woman ruler. 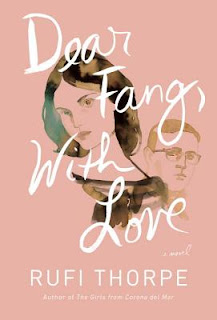 A: Hopefully, a book about mommies and time travel, but we’ll see how that goes!

A: This is a dark book, but it’s also a really funny book, and I think ultimately a really hopeful book.

It’s not a “difficult” read. But if profanity, homosexuality, or violence bother you, it’s probably better to skip it.

If on the other hand you love RuPaul’s Drag Race, dark humor, Pop-Tart and butter sandwiches, surprise plastic surgery, and tax fraud-- then this book is for you!