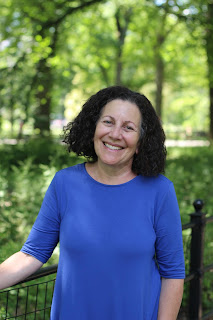 Michele Weber Hurwitz is the author of Hello from Renn Lake, a new middle grade novel for kids. Her other books include Ethan Marcus Makes His Mark and Ethan Marcus Stands Up. She lives in the Chicago area.

Q: How did you come up with the idea for Hello from Renn Lake?

A: I was feeling really disheartened by the worsening climate crisis and the inaction of our leaders to address the problems. But at the same time, I felt an enormous sense of hope with the growing numbers of young people who were marching, striking and making their voices heard.

I started envisioning a story where a main character and an element of nature had a deep connection and they helped each other.

I had a strong visual opening scene in my mind -- one moonless night, a baby girl was abandoned near the back garden of a store in a small town and across the street, an ancient lake that had been part of people's lives for eons, was the only witness. The lake sends a surge of water so that the baby is discovered by the shopkeeper. 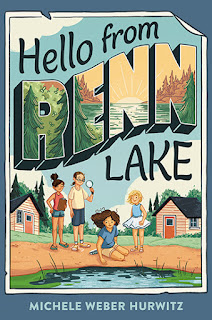 I knew that later in the story, the lake would suffer from a climate-related problem and the girl, now older, would do whatever she could to help it heal. I had read about harmful algae blooms and how they've been increasing in bodies of water -- harming plants, animals, and entire ecosystems -- and this unsettled me so much that I decided this would be the issue with the lake.

I've often felt that nature is there for us, but we often aren't there for it, so I wanted to get the message across that we are interconnected with everything on this planet and every action we do, or don't do, has an effect.

Q: You tell the story from the perspectives of Annalise and also the lake itself, plus a nearby river. What was it like to alternate among those perspectives as you wrote?

A: In my first few drafts, I didn't narrate from the perspectives of the lake and river, just Annalise. I wasn't sure if voices of nature elements would work or be believable.

But as the story took shape, I realized the only way to fully tell it was to include their perspectives.

It turned out that it wasn't hard at all to imagine the feelings of a lake and river. They're very different characters in the book. Renn Lake is more sad and wistful, while the river Tru is angry. Hearing their inner thoughts allows readers to better understand the sense of water being covered with a toxic algae bloom and not being able to breathe. 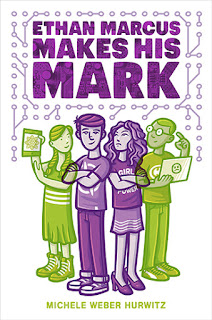 A: I did a ton of research online and since the novel is set in Wisconsin, I also worked with amazingly helpful people at the Wisconsin Department of Natural Resources and the Wisconsin Division of Public Health to make sure the info was accurate. Even though this is fiction, I wanted to be as factual as possible about algae blooms and lake ecology.

I also met with a technician who cleans up polluted lakes. When he told me that the problem starts on land, not water, it really struck me how everything we do -- pouring something down the sink or even washing our car in the driveway -- can negatively affect a nearby body of water.

A: I hope readers will come away with a more complete understanding of the importance of taking better care of our earth, and feel inspired to do something in their communities -- no matter how big or small.

During the spring months while we sheltered in place, many cities had remarkably cleaner air. This proves that if we all work together toward a common goal of improving our air, land, and water, it's achievable! 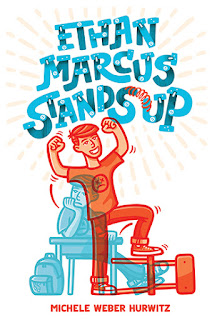 A: I'm taking a much-needed breather over the summer! I've written five middle grade novels in 10 years. In the fall, I plan to start working on a tween novel about a hate crime and how it affects a group of friends.

A: The heart of Hello from Renn Lake is about a community fighting for something that matters to them and is an essential part of their lives.

There's a strong theme of roots throughout the novel, both with Annalise and Renn Lake. Instead of searching for where she came from, Annalise makes a choice to put down roots in the place she was found. Roots also play a role in the possible solution to help the lake recover. So this thematic element further weaves together their story arcs.

There are also some terrific side characters -- Annalise's spunky “won't take no for an answer” little sister Jess, Annalise's best friend Maya who's babysitting rambunctious twin boys, and Zach, who is staying in Annalise's family's lakeside cabins over the summer and struggling with a recent breakup with his boyfriend.

Kirkus Reviews summed it up as: "An earnest and disarming tale of human and environmental caring."