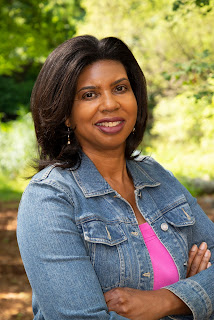 Lisa Braxton is the author of the new novel The Talking Drum. Her work has appeared in a variety of publications, including Vermont Literary Review and Black Lives Have Always Mattered. A former television journalist, she lives in the Boston area.

Q: How did you come up with the idea for The Talking Drum, and for your cast of characters?

A: It just evolved.

I had been writing short stories for years and had written a scene about a man and woman at a bookstore. The woman was an old girlfriend who wanted to reunite with the guy.

She found out what time of the day he came into the bookstore for a cup of coffee in the café. She waited for him there and began a conversation hoping she could rekindle the romance.

I revised that many times and it went nowhere. Eventually I had the beginning of a story about a man and woman who own a bookstore that is at the center of a gentrification effort. From there, I developed the novel.

Sydney and Malachi are a newlywed couple. They move to the fictional town of Bellport. Malachi wants to open a bookstore in the largely African American neighborhood where he grew up. She agrees to support his dream. They think they will benefit from the urban redevelopment project.

Then there is Kwame, who is Malachi’s best friend, and Della, the woman that Kwame lives with.

Kwame is a mover and shaker. He always has a hustle going. Selling real estate, doing handyman work, being an unofficial aid to the mayor. He’s working with the mayor to get businesses to move into town with the idea that they will benefit from the new development.

Kwame seems a little shady and Della has her suspicions that’s he’s a skirt chaser. 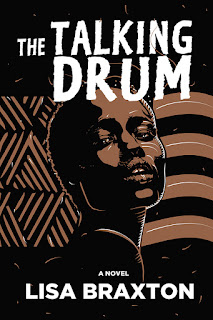 The third couple is Omar and Natalie. They live in the immigrant neighborhood, Petite Africa. They’re in a building that is scheduled to be taken by eminent domain.

Omar is from Senegal, West Africa, and Natalie is African American. They have cultural differences that make their relationship difficult. There is tension also because their building is being taken and Omar refuses to believe that that will happen.

Mustapha Mendy is Omar’s uncle and the unofficial mayor of Petite Africa. He’s mobilized the community to try to stop the redevelopment project. Omar believes he will succeed.

I developed all of my characters organically. But I did do quite a bit of reading about African drummers who came to the U.S. during the 1950s and 1960s to work on my character, Omar.

Q: Why did you decide to set the novel in the early 1970s, and did you need to do much research to recreate that time period?

A: I grew up during that era so I knew it pretty well. I didn’t have to do a lot of research to create that time period. I just had to think back on my childhood and the world around me at that time.

It was when the Black Power movement was pretty strong, so I thought that was a rich era in which to place my story. It wasn’t many years after Dr. King was killed.

A: For the longest time I had no idea how the novel would end. For years I didn’t know. I had written hundreds of pages and was feeling kind of nervous as to how I would end it and if I would find a way to end it well.

After writing I can’t remember how many drafts, as I was winding down the story in the final chapters, it occurred to me, but it wasn’t an easy process of discovery.

Q: You begin with a quote from Amos Bronson Alcott, "Civilization degrades the many to exalt the few." Why did you choose that particular line?

A: Historically the individuals who have power, influence, and money, have been able to control and suppress the voiceless and powerless to their own gain. Civilizations, cultures, communities, and societies have crumbled, become subservient or have been wiped out because of greedy entities motivated by kingdom building.

For example, during the 1970s, when people’s homes and businesses were taken for development projects, there weren’t as many safeguards in place for them as there are now. Legal safeguards were waived, power was abused to take land.

Officials offered vouchers to move people to other properties only to have insufficient numbers of vouchers made available to families. Families that used the vouchers were often moved into public housing, inferior structures, rundown places. I reflect some of that in The Talking Drum.

A: I’m working on my second novel, which takes place in the 1850s in the Beacon Hill section of Boston.

A: I had a lot of fun conducting research for my African characters and wanted to depict them as authentically as possible. I knew that I wanted my drummer Omar and his uncle Mustapha to be from Senegal.

I was able to find a Senegalese restaurant in Boston where I learned about the cuisine. I told the owner about the book I was working on and she agreed to invite some of her friends and colleagues from her country to come to the restaurant to meet with me.

I also took hand drumming lessons at a drumming school. I met African drummers and learned what it was like to actually play the drums to bring accuracy to my characters in the story.